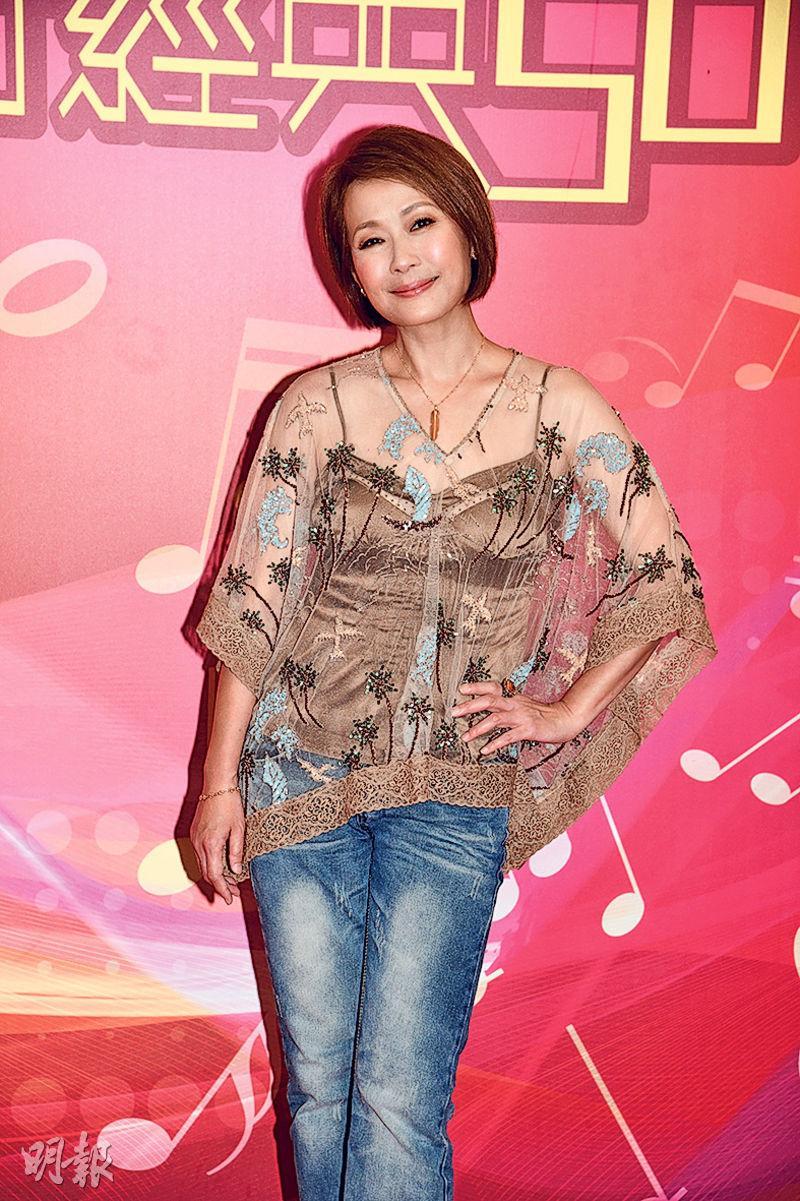 Cecilia Yip Tung, Emily Kwan Bo Wai and Wayne Lai Yiu Cheung attended a taping of the program CANTOPOP AT 50. Yip Tung said that she sang for the first time on a Hong Kong television program and performed COMPLETELY BECAUSE OF YOU and INTIMATE LOVER. When she made PEACE HOTEL she fought to sing the theme song COMPLETELY BECAUSE OF YOU, but the company did not feel that she sang well enough and in the end Cass Phang Ling sang it. This time could be said as fulfilling a dream. She said that after years in film she wanted to try different performance. The biggest reason for her to be a guest this time was that she wanted to challenge herself. She hoped to be able to perform in front of a live audience, but due to the pandemic the show had no audience. The advantage was that the pressure was not as great. She said that her husband did not come. Because she would be even more nervous with him around. When he gave her too many opinions she felt like he was nagging her.
Posted by hktopten at 2:04 PM