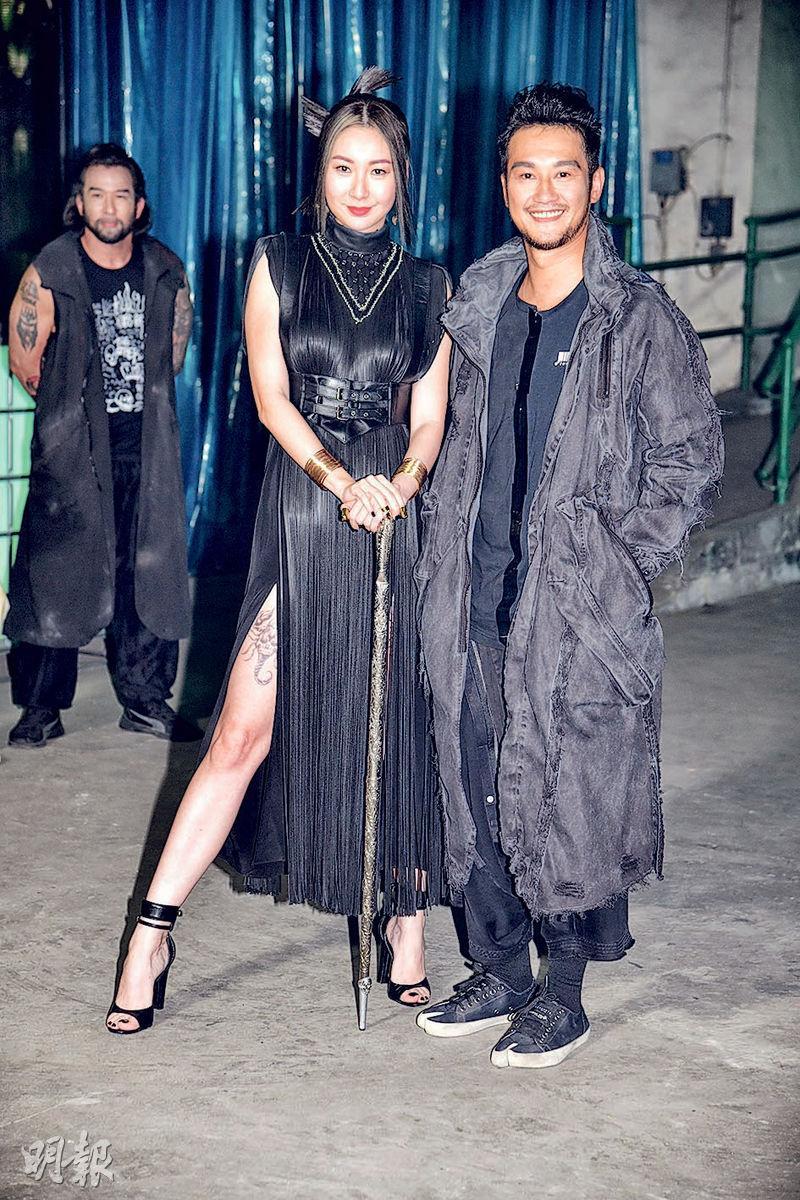 The film LUI YING OI HUP (INSIDE RESPONE OUTSIDE COORDINATION) yesterday held a production start worship ceremony. The Emperor Group chief Albert Yeung Sau Sing led the actors Angus Yeung Tin Yue, Macy Ma Sihui, Candy Yu On On, Louis Cheung Kai Chung, Deep Ng Ho Hong and Jacquelin Chong Si Man attended. Ng Ho Hong and Chong Si Man went their separate ways ten years ago, but working together again was not awkward at all for them as they talked and laughed. Ng Ho Hong also revealed that he had a nasal operation and his health has improved.

New comers Yeung Tin Yue and Ma Sihui played the leads for the first time. They both said that they would turn the stress into motivation. Because before the shoot they had to train for a month, they were much more confident. Yeung Tin Yue pointed out that he trained like professional athletes, and had to train on the streets. In the end before the performance he already lost 11 pounds. When he walked he felt like he was floating on air. However during the shoot he had injuries on his neck, leg and finger. Ma Sihui was somewhat apologetic when he said, "In the film I hit him. Once I had to kick him three times in a row, but I accidentally kick where he was injured earlier. Before the start of the shoot to now I at least kicked him over 100 times!"

Yeung Tin Yue chuckled. "Originally the kick was to the chest, but I was kicked right where I was injured -- near the crotch without any padding. She even got me every time!" He was bruised all over, then he would go for acupuncture therapy whenever he had time off. Ma Sihui said that she was already injured during training. In a leapfrog attempt, she fell into a split by accident when she landed. Thus she injured her thigh. Would she like to become an "action actress?" She said, "I thought about it, since I was three I haven't cut my hair as short as it is now. I want to try being an action actress!" After taking a few kicks from her, Yeung Tin Yue joked, "You definitely can, with such powerful kicks!"

Chong Si Man and Ng Ho Hong have already broken up for 10 years, but they have not worked together until recently in the film LUI YING OI HUP. However they would not have any scene together. Although they have not seen each other in a long time, yesterday they still chatted. They both knew that the other would be in the film, but they would not mind since they were still friends. Even if they would have future opportunities to work together they would not have any problem. However if they would have to play a couple, they would decide after considering the script and the salary. Chong Si Man is married, when would it be Ng Ho Hong's turn? Ng Ho Hong said, "Later, I have to work hard first!" As for his rumor with Margiela Kwok Si Lam, he lightly glossed over it. "We are in contact!" Would Chong Si Man care about her ex's love life? She said, "I wouldn't gossip about other people's affair, he is grown and feels more mature!"

In the film, Chong Si Man would not have any fight scene opportunity. Mainly she would be elegant and sexy. However earlier she still accepted the training and injured her inner thigh; Ng Ho Hong said that he would fight from the beginning to the end, and he too injured his inner thigh during the training. In addition, Ng Ho Hong earlier had nasal cavity surgery. "Actually the problem has been around for three or four years, I could only breathe through the mouth. Each time when I was preparing for the operation I got jobs, which dragged it only for a year or two. Now I breathe much easier, no runny nose or acid reflux, my voice is cleared up too!"
Posted by hktopten at 7:16 PM