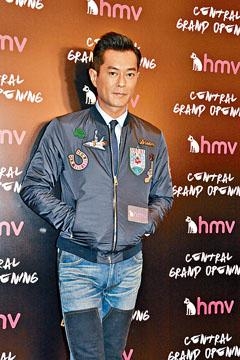 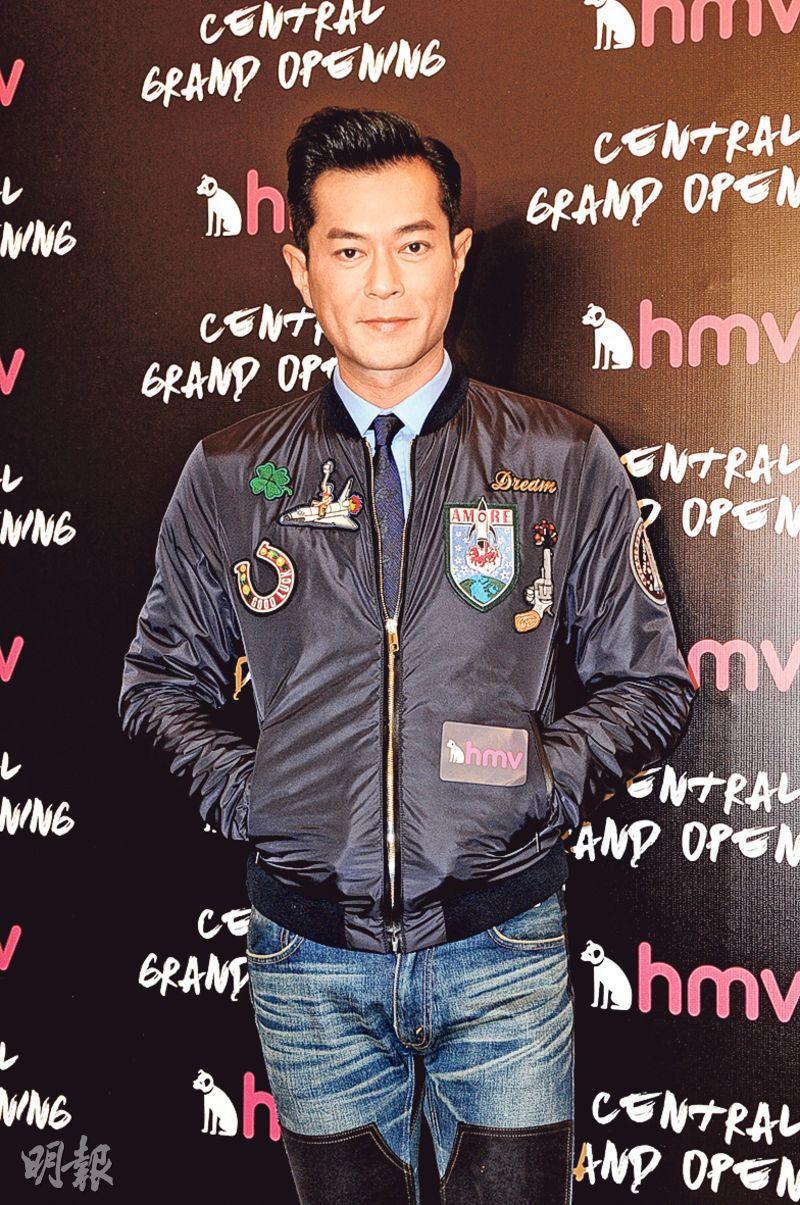 HMV opened its all new Central concept store yesterday. Dayo Wong Tze Wah, Charmaine Sheh Sze Man, Ava Liu (Yu Kiu), Shiga Lin Sze Nga, and Stephen Shiu Jr. attended. Wong Tze Wah revealed that after the Lunar New Year he and Sheh Sze Man will work on an action comedy. He will play special agent 007's elder. He joked that he was so sharp that he had no "number". Tze Wah said that he had to maintain hs shape, but during ten day Lunar New Year holiday he would at least have 40 meals. Staying in shape would be hard. "I am even more gluttonous than everyone imagine. Even when my brain tells me I am full, I would keep eating like a gold fish!"

Tze Wah said that Ah Sheh in the film played a very powerful high ranking Hong Kong government official. Would they have any romance? He joked that it was inevitable. As for kiss scene, he said, "Actors are very passive with this, they would depend on what the actresses are willing to do!" Reporters joked that bed scenes were also action scenes, Tze Wah replied, "You are overthinking it. Actually that isn't the only thing, we even have what spy movies don't have!" Would he have to work out? Tze Wah said, "I guarantee that I won't give the audience a hard time, so they won't see my muscles!"

Ah Sheh wll play a high ranking government official. She said that she would bully Tze Wah with her power, but he would still wanted to protect her and help her. Tze Wah said that actors were very passive in kiss scenes. Ah Sheh said that she and Tze Wah had meetings and he asked her how far she would go. She admitted that she had no bottom line, the only problem was her old neck injury. She could only be pulled too hard or chopped at her neck. As for kiss scene, she believed that Tze Wah would quietly "sneak" it into the script. However this would be a comedy so the kiss would not be too excessive. She instead worried about Tze Wah's love for improvisation, because when they worked on a series earlier he often tricked her. Once she even hit him on the had with a tooth pick container. She did not found out it scarred him until earlier at their meeting, whenever she picked up her hand Tze Wah would naturally flinch. Ah Sheh even made fun of him for being so petty! Ah Sheh was also working on a movie with Louis Koo Tin Lok. In it they would have a very sweet kiss scene.

Koo Tin Lok was busy with wrapping up two movies before the Lunar New Year. Then he would have a week off before working with Sean Lau Ching Wan on their new film MING YUT JIN GEI.

Speaking of Andy Lau Tak Wa falling off a horse in Thailand, Goo Jai read about it in the news. From his personal experience, he was the most afraid of horses too because horses were very hard to control and depended on the person. Before riding them you must have lessons and proper communication. He said, "Horses actually know how to 'pick on people', so I am very afraid. When I was 2 or 3 Papa put me on a horse for a photo. The flash scared the horse, which tossed me off and stepped on my head. I have no memory of it, Pa told me about it!" Horse riding scenes were inevitable. Goo Jai said, "That's why when you see me in them I would be lead the horse or just stand next to the horse!" However he said that he ran into a very tame horse while making STEP INTO THE PAST (CHUM CHUN GEI). When he spoke to it it nodded. No matter what though everyone should be careful, since horses were beyond your own control. Would he be more careful with action films? Goo Jai said that recently in an action film he tried to fight against twenty people. Reporters joked that he became "the strongest of the universe"? Goo Jai said, "(Donnie Yen) Chi Tan fought 20 all at once, I fought them separately. However I have never tried it before, t felt pretty fun. Luckily I wasn't hurt, and it was like a work out for me!"

Wong Tze Wah after finding out about Wa Jai's injury asked, "Huh? When did it happen? Wow, I hope he is fine! He probably returned earlier just to be safe, he should be fine. Wa Jai is in such a great shape!" Tze Wah said that once he rode a horse for fun but was thrown off twice in a minute. He said, "At first when I got on it it threw me off. When I got on again it ran toward a bush that it could pass but I couldn't. Brother Wa is in better shape than I am. He should be fine."
Posted by hktopten at 4:12 PM