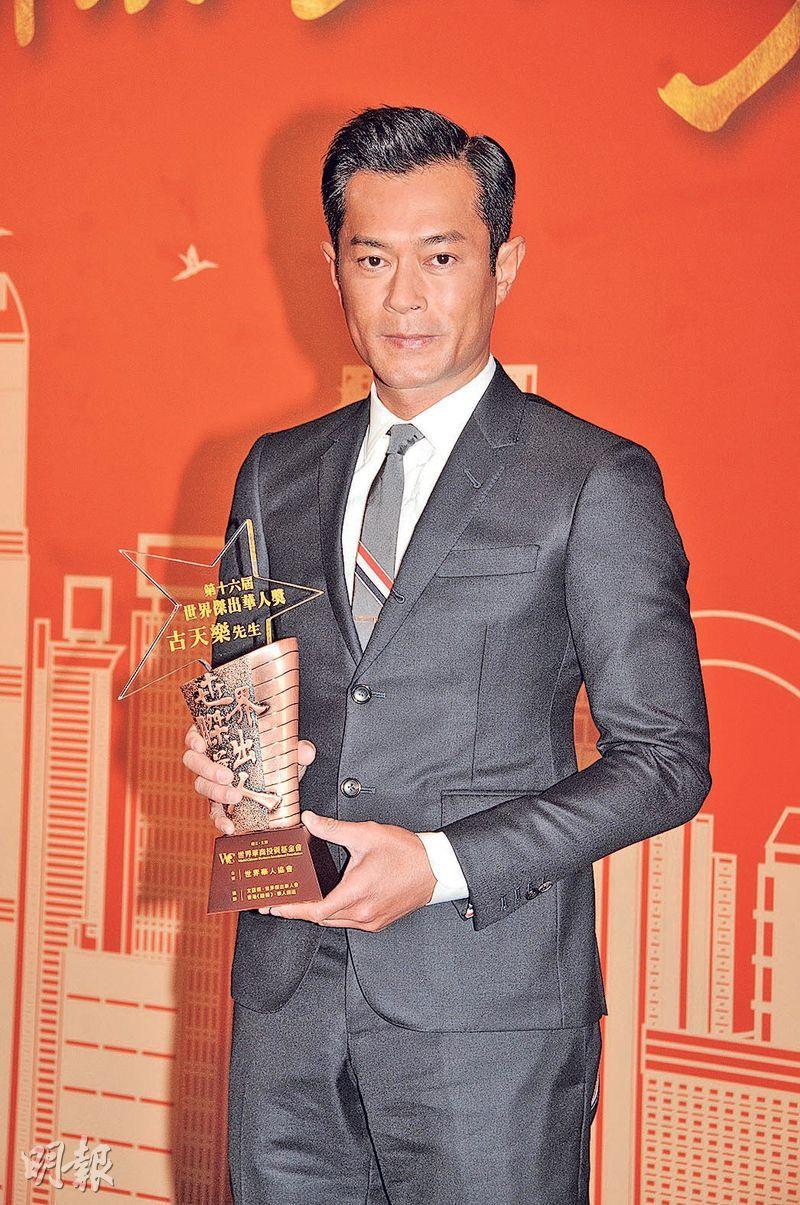 How would Goo Jai celebrate? He said, "I never thought about it. later I will have to work on the film A WITNESS OUT OF THE BLUE (FAN JUI YIN CHEUNG). It will wrap this week. Earlier we already shot several scenes over night. In the past few weeks the weather has been unstable and it rained constantly. Several days ago a yellow rain (storm warning) was raised. Often we worked and we waited. However on the Lunar July 14th, the Ghost Festival, no rain came. The team arranged for a shoot at a mass grave that day. In the past I would suggest a barbecue when we shot in the country. This time when I mentioned it, everyone said no. They were afraid that more people would join in as the barbecue went on. I myself did not dare to look around as he was afraid that I would see other things." Since Goo Jai worked on movies like TROUBLESOME NIGHT he probably would be more courageous? He humorously said, "If I work on a special agent movie, would my agility be extraordinary? (Has you run into anything strange?) No, I only heard about them a lot." Goo Jai after finishing A WITNESS OUT OF THE BLUE would be busy promoting. He would only have one or two days off. Goo Jai joked, "I have to take a day or two off. When I get back I have to fill out a form for vacation, let's see if the guy would approve it. (Which guy?) Me, haha." He said that as a workaholic when he was off he would be uneasy, as his mind kept thinking about work. Thus the award presentation was like a half day off for him.
Posted by hktopten at 7:48 PM