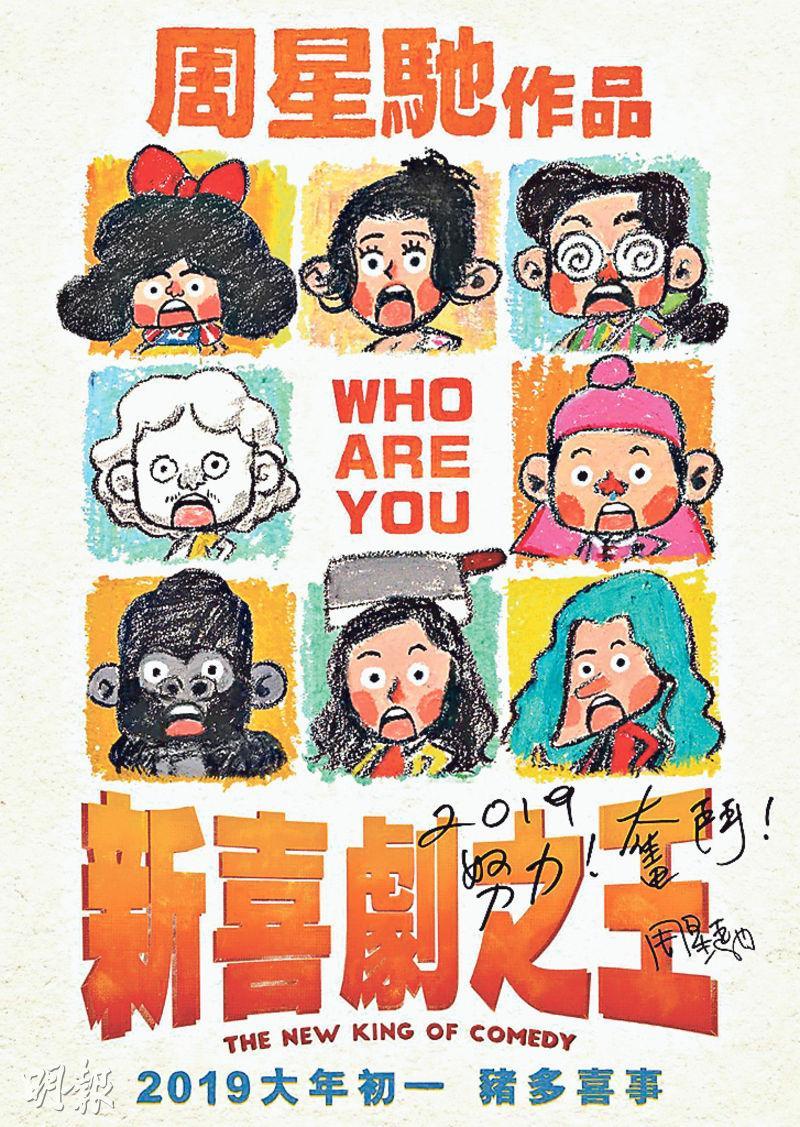 Yesterday morning, the film released a funny hand drawn nine frame cartoon poster. On it various characters widened their eyes and opened their mouth to ask a question, "Who will be the new king of comedy?" That night, NEW KING OF COMEDY's first trailer was finally released. The trailer opened with the same question, then various small characters appeared. Through various exaggerated and funny performance they "competed" for this "career with a future". Each inspirational line made people laugh while at the same time igniting the fire inside. "Extras are actors too."

"You have to believe you are the best, not second or third, you are number one!"

"The trailer is all small characters, this is very Chow Sing Chi!" Instead, each small character in the trailer was like the Chow Sing Chi played Wan Tin Sau 20 years ago. They were neglected, overestimated, oppressed, but they still persisted in chasing their dreams. Even when dirtied and disheveled, they still persisted with their dreams and believed that they were the best. This was the spirit that everyone would need in 2019, and the best embodiment of the words "hard work and struggle".
Posted by hktopten at 2:26 PM