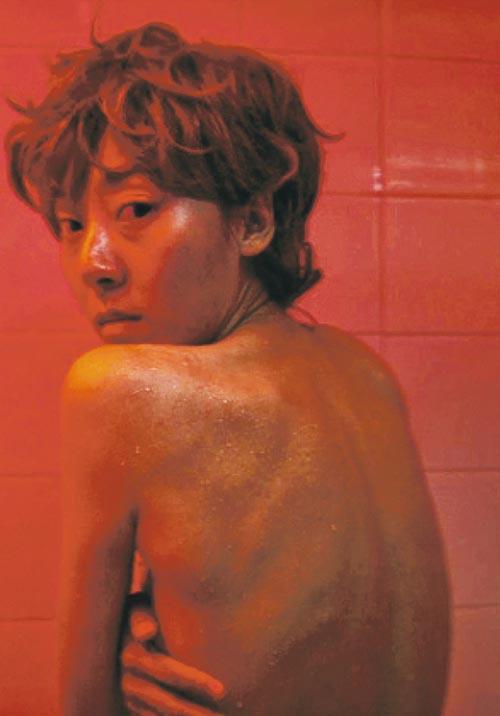 The Stephen Chow Sing Chi Lunar New Year film NEW KING OF COMEDY (SUN HEI KET JI WONG) yesterday released its trailer. This time instead of being nostalgic with KING OF COMEDY's classic scenes, its promotional focus on moving the audience's hearts with the struggle of an extra. As soon as the trailer began lead actress Vin E Jingwen bared her back as a double, the team drove her away due to her lack of figure. Later her family objected to her acting, as people around her kept made fun of her and attacked her senseless.

E Jingwen like KING OF COMEDY's "Wan Tin Sau" studied acting on her own with the book "An Actor Prepares". She persisted and kept looking for performance opportunities, rice box was enough for her reward. She ended up being beaten up and hung, her father asked Wang Baoqiang to convince her to stop. Yet Wang Baoqiang said, "She works very hard! She would succeed!" E Jingwen immediately ran to hug Wang Baoqiang, which turned into an embrace in formal wear at a theater. The score was Danny Chan Pak Keung's GALE.
Posted by hktopten at 6:23 PM