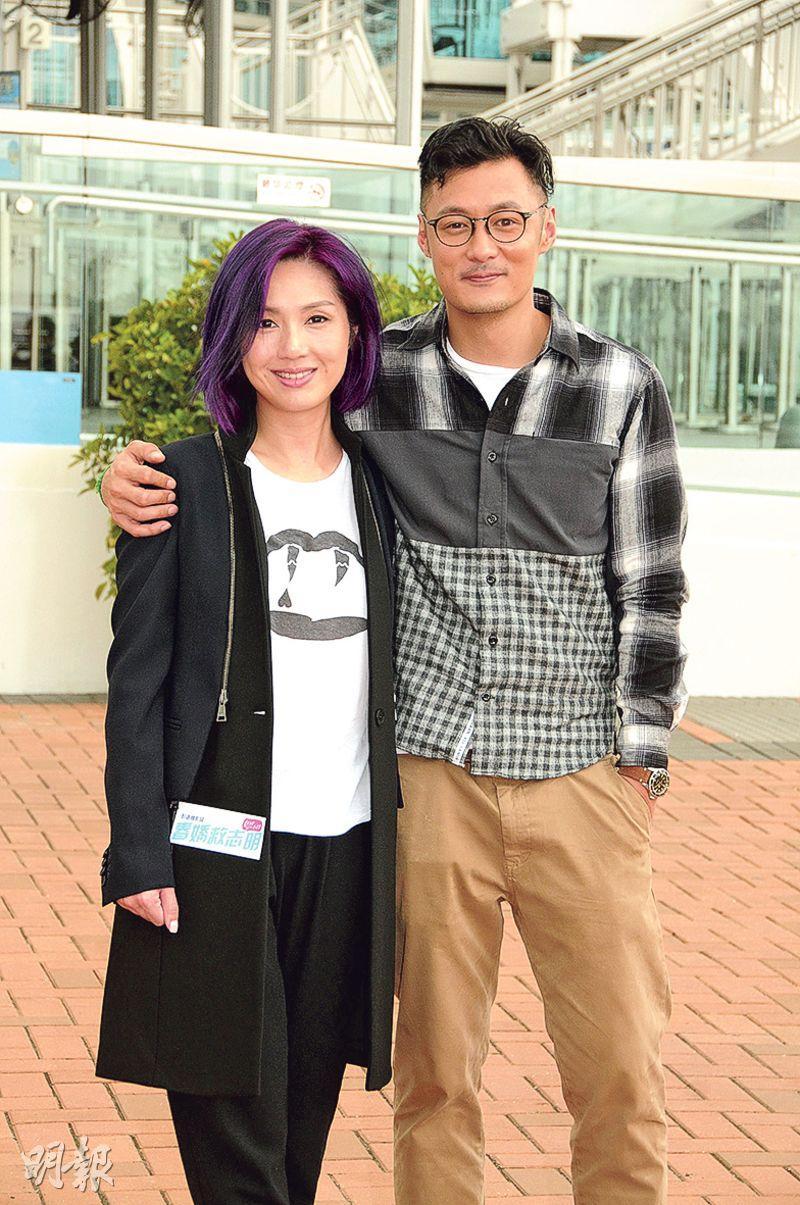 Chin Wa actually had no part in the Observation Wheel scene yesterday. Lok Jai and a female neighbor went on the wheel, but Lok Jai did not have any fun at all. To accommodate the camera he had to sit on the opposite side, which made him feel very dizzy. For the third film, Chin Wa revealed that many new characters have been added. The director also invested heavily on several scenes, which unfortunately neither one of them were in. As for their relationship, she even joked, "Not too many scenes in bed." Lok Jai revealed that Chin Wa will play costume seduction. Who will she seduce? Lok Jai said, "Of course me!" What kind of uniform will Chin Wa wear to seduce Lok Jai? She said that she did not know whether the director would permit her to say. She could only say a professional. Lok Jai jokingly said, "Her old job, she will go back to her old line of work and give someone a shot!" Chin Yu half jokingly yelled at Lok Jai, "You really are a little dirty, you are always talking dirty with the director. I am a married woman, no matter how much they talk I can't chime in."

Chin Wa also explained that the film will receive a category III rating for a reason. Lok Jai continued to make fun of Chin Wa. "You keep it at home for your husband, you are misappropriating business tools for personal use." Chin Wa helplessly said, "Actually the director really wants to watch. He put all of his ideals and dreams on me. Ultimately the two men are constantly talking about something dirty." Lok Jai refused to yield and asked which hospital's uniform will she wear. Chin Wa said, "Maternal and child health center. Just from what you said, we know that your life is dry. Keep talking." Reporters asked if Chin Wa would introduce girls to Lok Jai. Chin Wa said, "I did, but he is so picky!" Lok Jai pretended to be angry and yelled at Chin Wa, "That's enough!" Reporters asked him about rumors with a model and with Zhou Dongyu. Chin Wa asked, "Does Zhou Dongyu work for you? Do you want someone older than you?" Lok Jai jokingly leaned on Chin Wa's shoulder and said, "Having a sense of security is a little better, look at all the sense of security you give. If you aren't married I would chew you up!"

Chin Wa will work on a mid air yoga scene. She said that earlier she took lessons for two days. She felt that exercising once in awhile like this was okay, as it could make her a little more alert. However the scene required to deliver a lot of lines while hanging upside down. She joked that she was afraid that gravity would pull her face down. Chin Wa also stressed that she has always been a traditional and conservative woman, but on the set she was constantly being brainwashed. Thus now she did not dare to speak to her son at home. She would not permit her son to visit the set either to keep him from hearing all the foul language.

When asked about the scene with Leonardo DiCaprio's double, will he play the third party between them? Chin Wa said that she did not know how the director would arrange it. She only knew that the director often put himself in the shot like he wanted to get in the last one.
Posted by hktopten at 1:57 PM