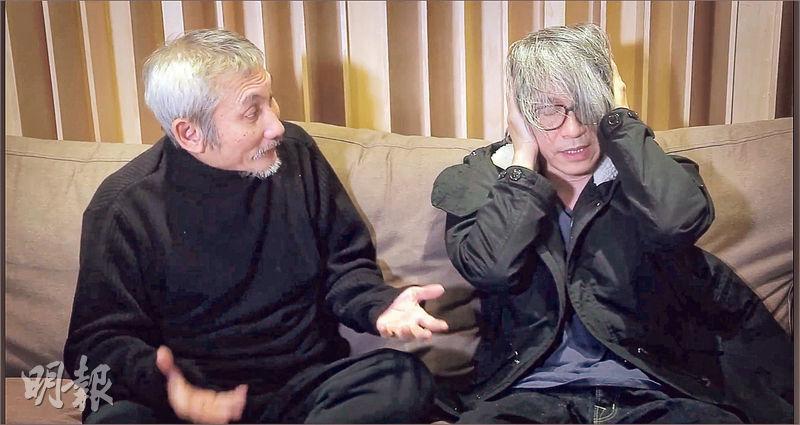 Stephen Chow Sing Chi and Tsui Hark produced new film JOURNEY TO THE WEST yesterday held a Beijing press conference. They led the stars Kris Wu Yifan, Lin Gengxin, Bao Beier and others to the appearance and even released the trailer. Near the end, the two behind the scene masterminds Chow Sing Chi and Tsui Hark appeared and performed a "conflict" over the trailer production. A upset Chow Sing Chi with messy hair asked Tsui Hark, "Where are the special effect scenes?" Tsui Hark replied, "You didn't tell me we have to have them." Later Tsui Hark continued to "nag" Chow Sing Chi, who finally covered his ears and sang his children's program 430 SPACE SHUTTLE theme song to "block out" Tsui Hark's words. Tsui Hark immediately told the crew around him, "He lost his mind!"

At the press conference they continued to have fun. Tsui Hark asked Chow Sing Chi if he still needed to add in special effects. Chow Sing Chi said, "Actually I want them, I really want them." Later, Tsui Hark also talked about the reason that he directed this time. "Because he directed the previous one, I really wasn't pleased with it. So I took over." Chow Sing Chi struck back, "You weren't pleased but I was very pleased." Later they complimented each other and successfully stole the spotlight from the young actors.
Posted by hktopten at 1:47 PM