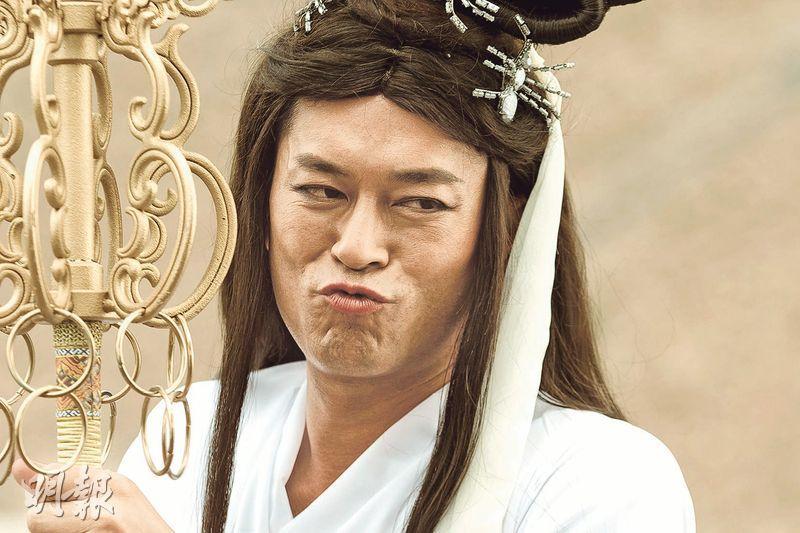 Having worked with Goo Jai on the film ROB B HOOD (BO BUI GAI WAT), Chan Muk Sing said that Goo Jai thought he was humorous at the time. Chan Muk Sing said that during the shoot he too wanted to work happily. They talked about working together on a comedy. Goo Jai wanted to make a movie about cats. So they got together. He said, "This time is the happiest and the funniest movie in my career. Because before with crime films, all explosions and gun fights, I would be very tense. For any bad take we would have to start all over. This time that didn't happen. Instead we were trying to create a joyful atmosphere on the set, I could say we were playing while working." He praised Goo Jai for being full of comedic senses. The film also had Mainland actress Ma Li and two child actors Liu Chutian and Andy Huang. He would provide direction in each scene then leave it for the actors to interpret. He would then adjust.

For Goo Jai's funny costume, he said that he did not have to convince him. Since they have worked together many times they trusted each other. The entire family had perms anyway. Speaking of cat alien Xixili, Chan Muk Sing admitted that it was the biggest challenge of the entire film because he felt the most important part of the film was whether he could create a realistic animated cat. He said, "After I learned how difficult this special effect was I was a little scared! In the computer generated business, animal fur was the hardest. In the end I had to bring together three companies to be able to create this cat." As for the mime Chui Ka Lok who played Xixili, Chan Muk Sing praised how strong his body language was. Because in the film Xixili had no dialogue during the shoot, it needed to rely on body language to express itself. Thus the most difficult challenge was in the post production. It took a full year, with nonstop changes during the process. The computer generated production alone cost over HK$ 50 million.
Posted by hktopten at 4:38 PM