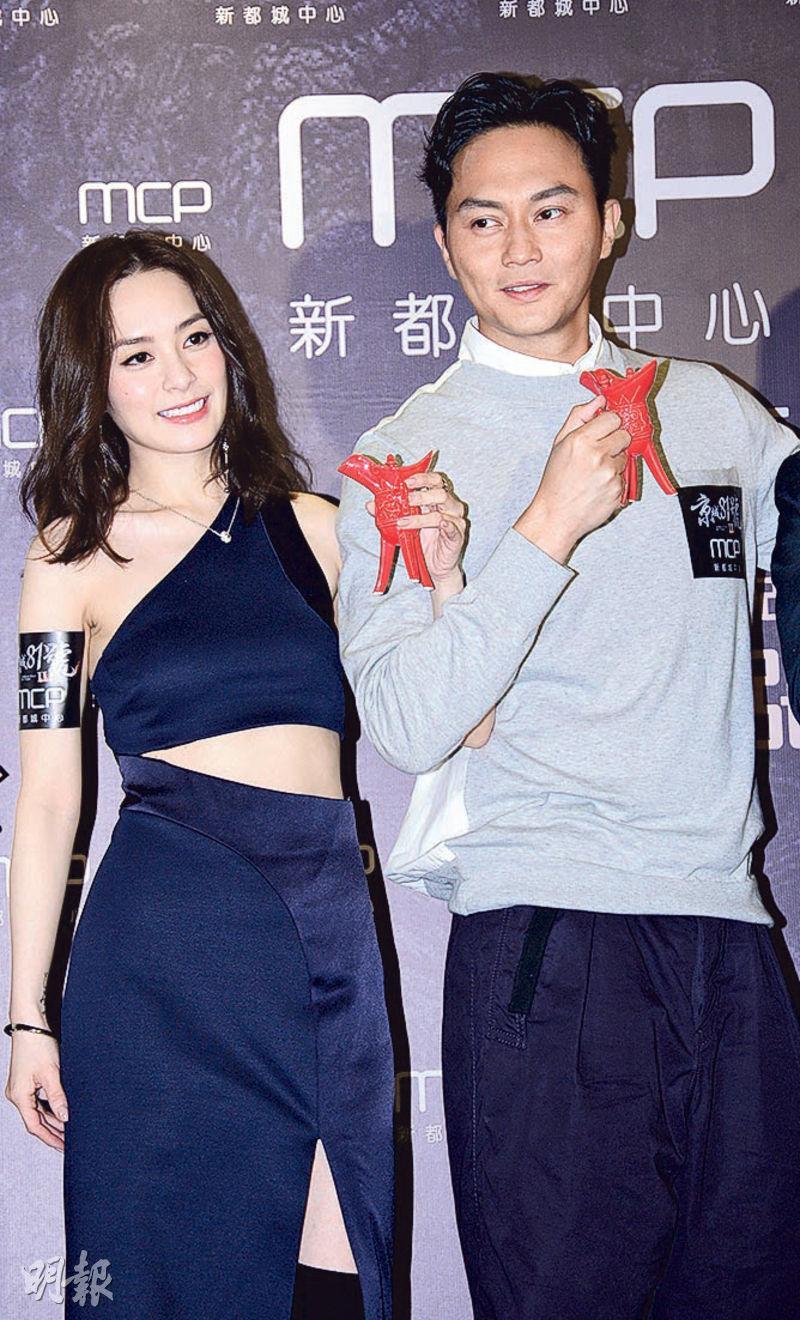 Julian Cheung Chi Lam and Gillian Chung Yun Tung two nights ago attended the Hong Kong premiere of their film THE HOUSE THAT NEVER DIES II. Ah Gil earlier had a live online exchange with the Mainland, but people kept posting "Chen Koon Hei" (Edison) to harass her. Ah Gil even kept quiet. Two nights ago she denied that because she was displeased. She said that she had neck pain and could not move. Because the words appeared too fast she was unable to see any post.

During the toast she even emptied her cup in one shot and boldly threw it on the floor.

In the film Chilam and Ah Gil played experience of two lives. Ah Gil even played pregnant for the first time. Earlier she asked Chilam for advice and Chilam taught her how to correctly breathe during labor. Chilam was surprised that Ah Gil was much thinner than during the shoot. "During the shoot she was rounder, but they are two different types of beauty. Each is beautiful on its own." Ah Gil said that at the time she had to accommodate to the larger costumes, but actually earlier she had hormonal imbalance. "Now I am probably completely healed, I had to start nutritional balance. I had to have smaller but more meals and exercise, but my back had no muscle support, my right arm was completely weak. I suspected that my nerve was compressed. I had problems with moving my neck up and down. Later I would go to see a doctor again."

Was Ah Gil upset that people kept harassing her live online exchange with "Chen Koon Hei" posts? She said, "No, that day my neck really hurt and I couldn't move. I didn't know how they wanted me to answer. Actually I didn't plan to pick up the phone, but the live broadcast monitor was too high and I couldn't raise my head to see it." Ah Gil said that she could not see what people posted because the words appeared too fast.

Charlene Choi Chuk Yin was dating. Did Ah Gil really want to? She sad, "Everyone would date, does everyone want to? I haven't run into mine yet." Could Chilam introduce nice guys to Ah Gil? He said, "Me again? I already couldn't handle Lau Sum Yau (Annie Liu). Men have to catch up, I have too many golden girls around me." Chilam said that he would not set anyone up as he was afraid that he might get people in trouble. He said that he would not be a suitable matchmaker. "All the men I know the useless type, gutless, if I had any he would have gotten them all long ago."
Posted by hktopten at 7:47 PM