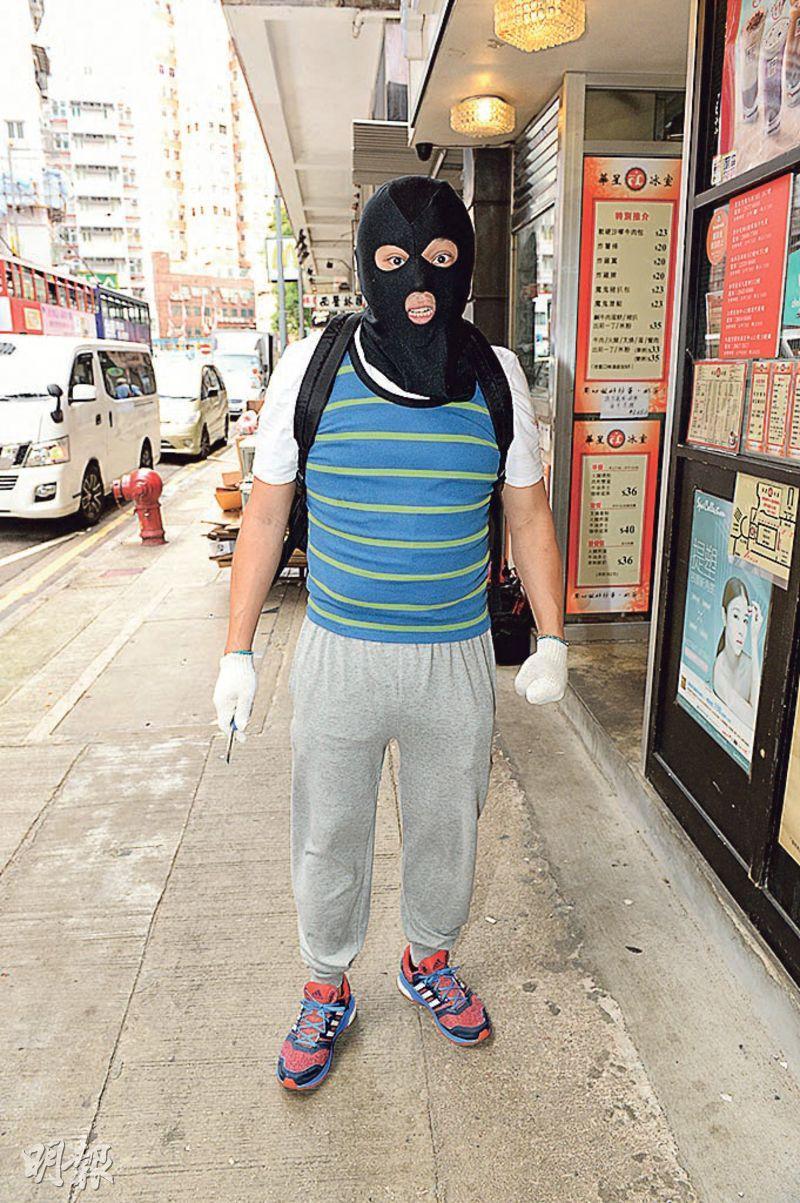 Bob Lam Sing Bun yesterday promoted his film THE SINKING CITY: THE CAPSULE ODYSSEY (SAI FONG GIK LOK: TAI BAU TAI JI TAI HUNG CHONG) on the streets of Causeway Bay. He put on a ski mask and carried a box cutter to pretend to be a robber, but he was more funny than scary as pedestrians ignored him. He also went to a restaurant to take selfies with its customers and made everyone very happy.

Bob in the film played a repeat offender of theft and robbery, after his release he rented a "space capsule" to live in. In real life he had many properties but he wanted to return to when he lived with his wife for two years in a 200 square foot unit in Mongkok with a complicated environment. He said at the time that he had to work hard and make money, providing a better living environment for his family was his motivation. Seeing his family happy made him happy. Now he and his wife bought properties to invest and save money. He said that he would not give the properties to his children. In the future he would rent them to them at most and charge less. Then he and his wife could live on their own.
Posted by hktopten at 9:27 AM