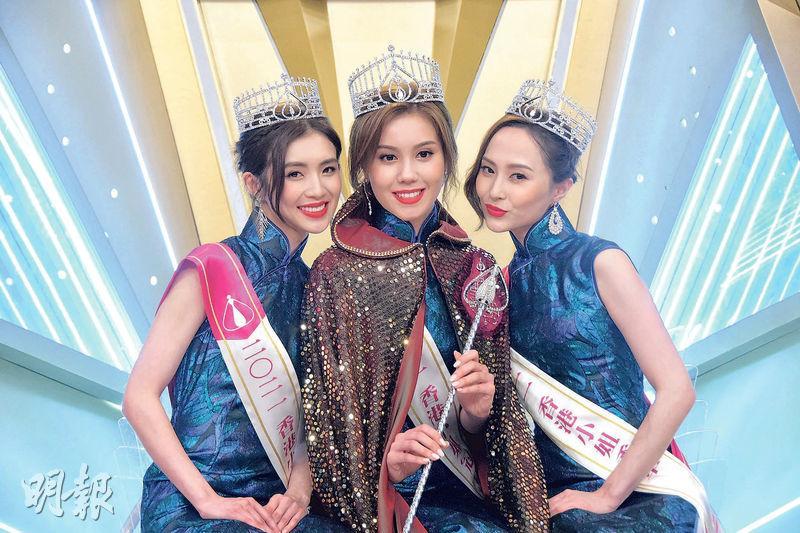 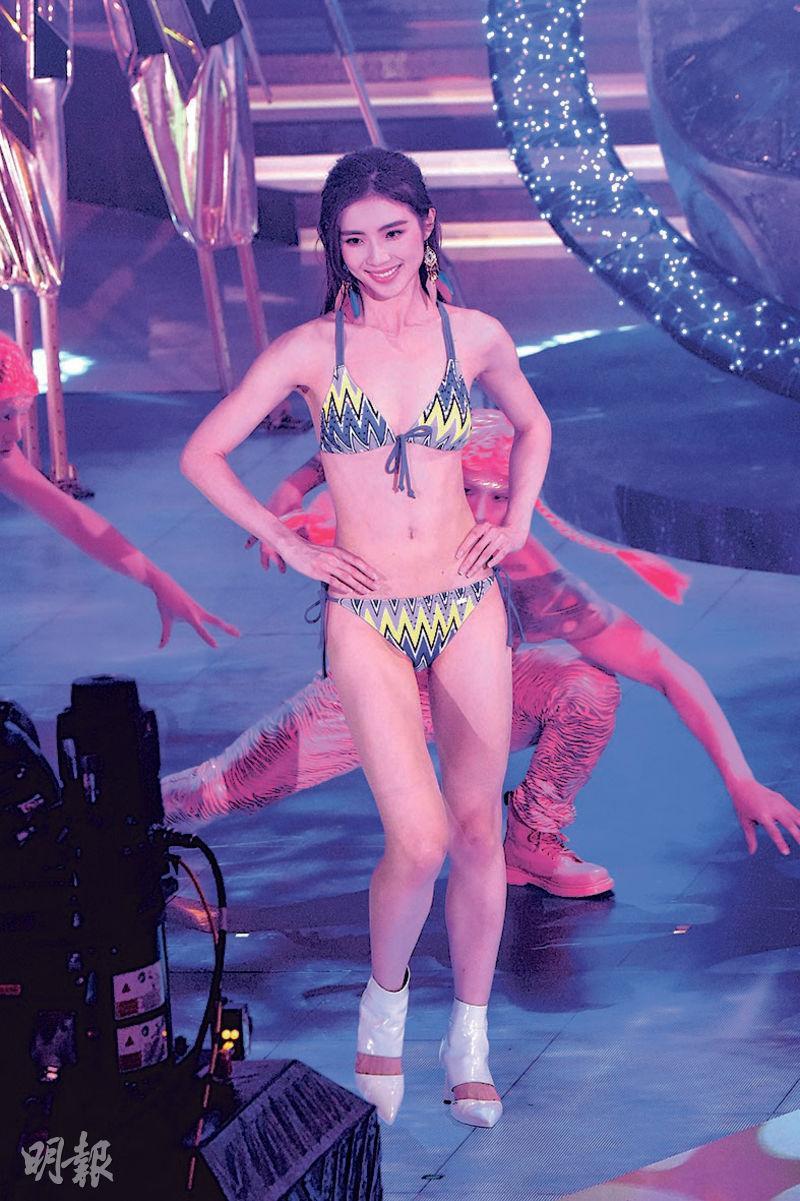 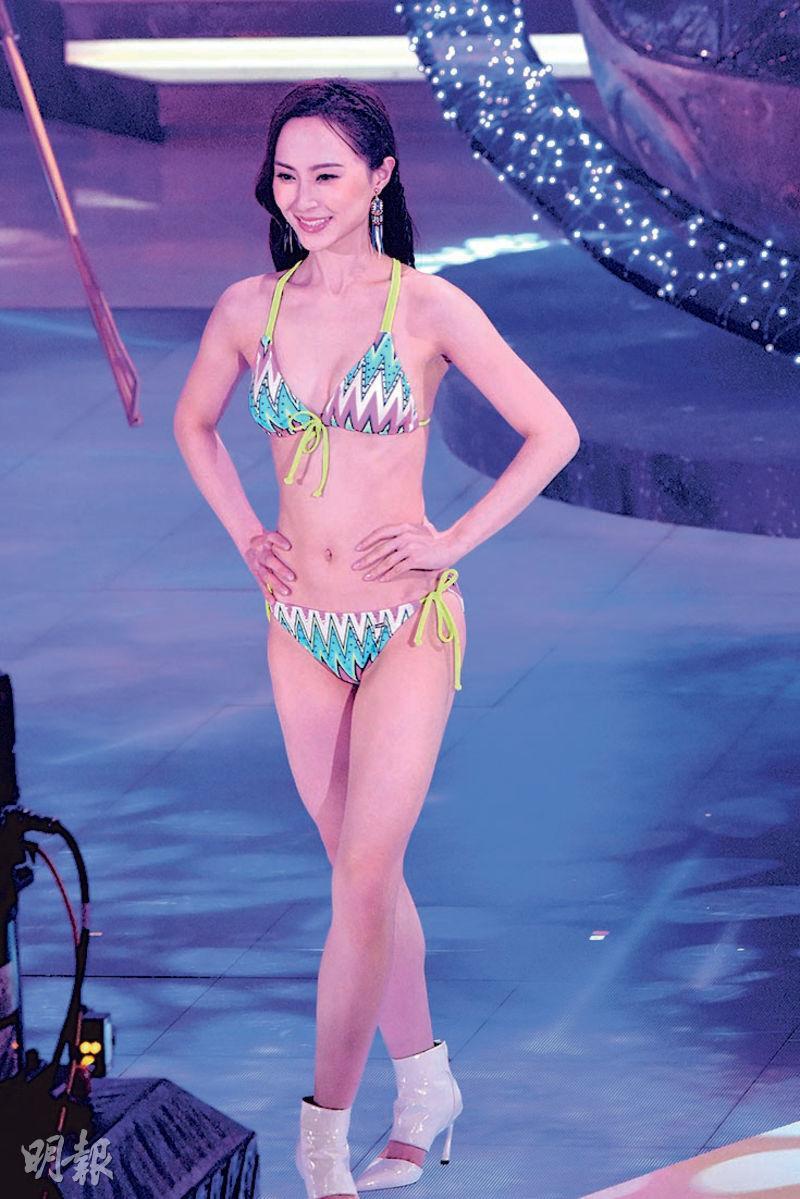 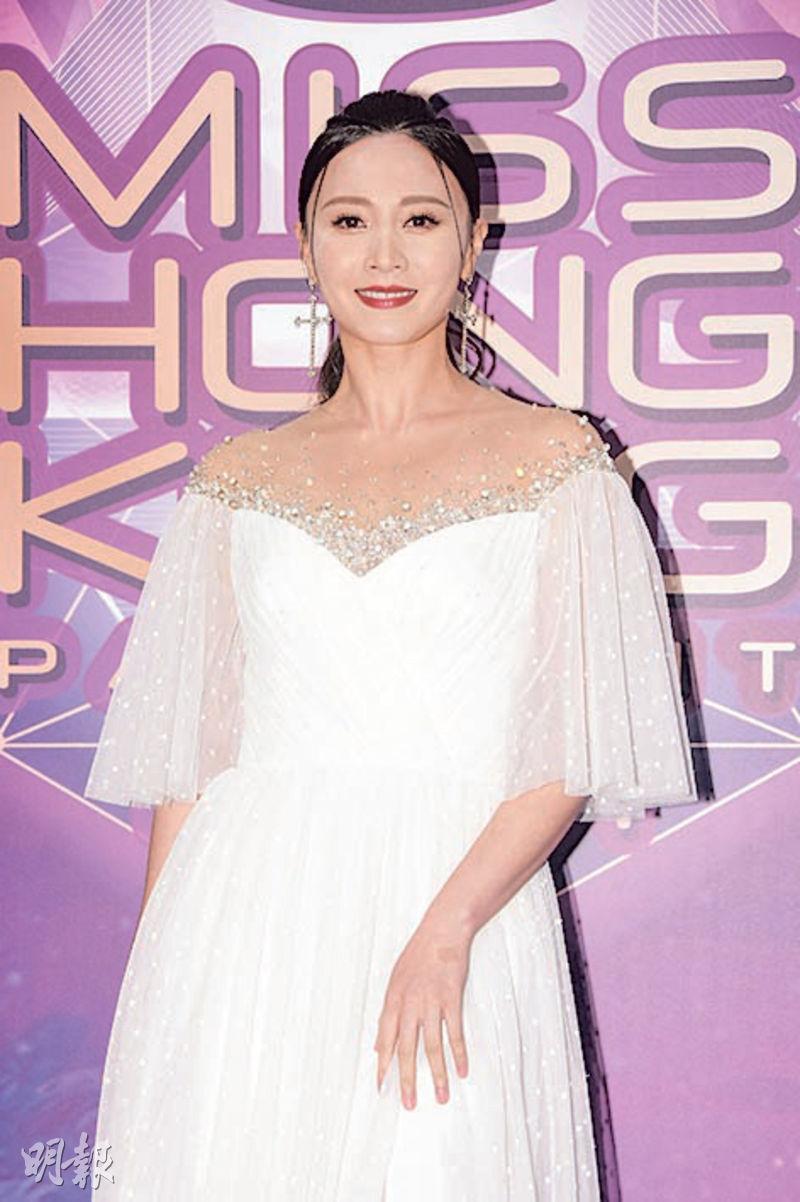 The final 12 Miss Hong Kong candidates first wore space queen costumes and opened the show with STARS ACADEMY's Chantel Yiu Cheuk Fei in a classical stage performance. After a brief self introduction they changed for the speed question and answer round. When asked about the "candidate with the biggest difference before and after make up", candidate 18 Vincy Mok became the candidates' choice as many thought that before make up she looked pure and innocent and after make up she was obviously more self confident, mature and elegant. As for the "hardest candidate to get along with", candidate 19 Jasmin Schneider did not understand the question in Chinese and needed the host to translate it into English on the spot. Then she laughed and said that candidate 18 Vincy Mok liked to sleep too much, so it was very hard to have a chance to get along with her. Finally for the "two people they would like to eliminate the most", candidate 20 Katerina Leung chose herself. She felt that many candidates wanted to become Miss Hong Kong, but she wanted to become a veterinarian and hold animals more. Thus she did not mind eliminating herself.

This year the pageant made the candidates answer their own questions. 13 Cathy Wong was asked what furniture would she describe herself as. She answered sofa because it gave people the feeling of comfort. When host Carol Cheng Yui Ling asked her who she would describe as a folding chair, Cathy Wong said that host Chin Kar Lok was well trained in martial arts and folding chair was one of the top weapons. Even Chin Kar Lok praised her for the good answer. 4 Fabienne Kwan was asked if she could restructure Hong Kong, which district would she pull? She chose Sai Kung. Sister Do immediately followed that which district would she relocate pageant judge Loletta Chu Ling Ling, who resided in the Sai Kung district. Fabienne Kwan answered Yuen Long because it was close to nature, had great scenery and the Tuen Ma Line for convenient transportation.

Another highlight of the evening was "Song God" Jacky Cheung Hok Yau's return to the Miss Hong Kong pageant finals after 20 years as the guest performer. Earlier during rehearsal he received executive Eric Tsang Chi Wai's in person cheer. Hok Yau said that now being a Miss Hong Kong guest for inconvenient for him. He joked that with a wife and a daughter so watching girls would be inconvenient for him. Hok yau performed three hits SPRING WIND AUTUMN RAIN, LEE HEUNG LAN, LOVE IS ETERNAL and his new duet with Gin Lee WHEN THE SUN RISES LET THE STREET LIGHTS SLEEP. The enormous stage production even had firework effects.

The hosts later were about to unveil the "2021 Miss Photogenic" and prepare to invite last year's Miss Photogenic Lisa Tse to present the honor. However to technical difficulties they had to switch to change the top 5 candidates first. In the audience Tsang Chi Wai looked very tense. 4 Fabienne Kwan, 8 Sabina Mendes De Assuncao, 13 Cathy Wong, 14 Kristy Shaw and 15 Carina Leung would vie for the top three. Favorites Fabienne Kwan and Carina Leung successfully moved to the top 5, while another favorite Yvette Chan's journey came to an end.

The 12 finals candidates finally appeared in the traditional qipao, with Miss Hong Kong elders Mandy Cho, Anne Heung, Cindy Lau, Kayi Cheung, Rebecca Zhu, Crystal Fung, Sammi Cheung, Regina Ho leading them. Then the "2021 Miss Friendship" Kristy Shaw was announced and one of the top eight Penny Yeung was the "2021 Miss Photogenic". Kristy Shaw then was named the second runner up, Carina Leung as the favorite was the first runner up, and Sabina Mendes de Assuncao firmly secured the throne of the 2021 Miss Hong Kong.

The fresh out of the oven Miss Hong Kong Sabina Mendes de Assuncao said that she was rather surprised. Her best performance was not during the question and answer segments. Her strong suit of dance instead got her points back and with viewer support she was not a surprise winner. Her grandmother also came to cheer her on but her mother was not present. She never guessed that years later she would have the chance to continue her family's beauty pageant tradition. She thought that she already did her part after getting into the top 5. Now that she more than accomplished her mission she still was unable to accept it. She also was interested in becoming an actor.
Posted by hktopten at 8:13 PM