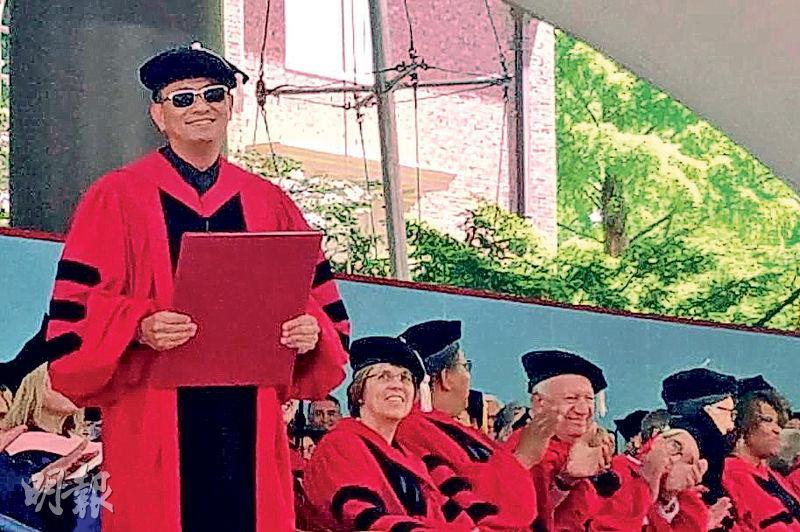 After the ceremony, Wong Kar Wai said, "To receive such a reception at the almost 400 year old Harvard University and become an alumni with many greats in history like Einstein, Hawking, and Churchill, I feel honored." Sharing Wong Kar Wai's glorious moment was his wife. He also expressed his gratitude for his family, colleagues and friends, and mentioned the two cities where he was born and raised. "I was born in Shanghai, raised in Hong Kong. Today this honor is just for me, but also recognition for my two beloved cities at the same time."
Posted by hktopten at 5:12 PM