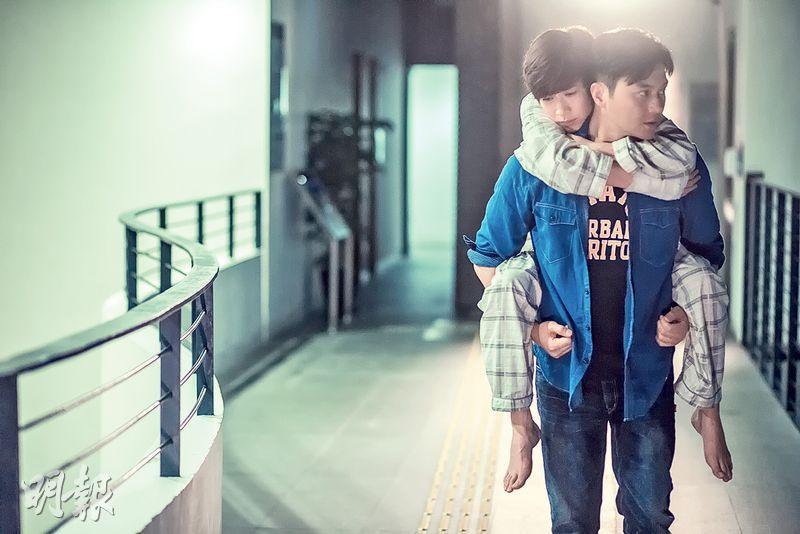 Julian Cheung Chi Lam and Charmaine Sheh Si man were made an on screen couple on the classic series RETURN OF THE CUCKOO (SUP YUET CHOR NG DIK YUET GUONG). They reunited recently for the film version and they risked their lives, as they went to shoot a bungee jump scene together in Macau. Before hand the crew surrounded them as they put on safety equipment. Ah Sheh even flashed a winning smile to express her self confidence!

Later they jumped from the 230 meter tall tower. Ah Sheh then went to her knees and cried, "That's enough!" Chilam immediately held her to comfort her. Chilam admitted that he was daring. "At the time rain was coming down and a storm was threatening, but when we took our places the sun came out. It was a sign of good luck! (Are you very daring?) Whenever I go on vacation I would go bungee jumping two or three times. It's no big deal."

Chilam was stuck in a love triangle with Ah Sheh and Joe Chen Chiao-En. When Ah Sheh could not sleep he carried her and coaxed her to sleep. Chilam said that carrying Ah Sheh was not difficult at all. "Because she is too thin!" Ah She in a scene tearfully expressed her feelings to Chilam in sign language, as she easily displayed her outstanding acting.
Posted by hktopten at 6:22 PM