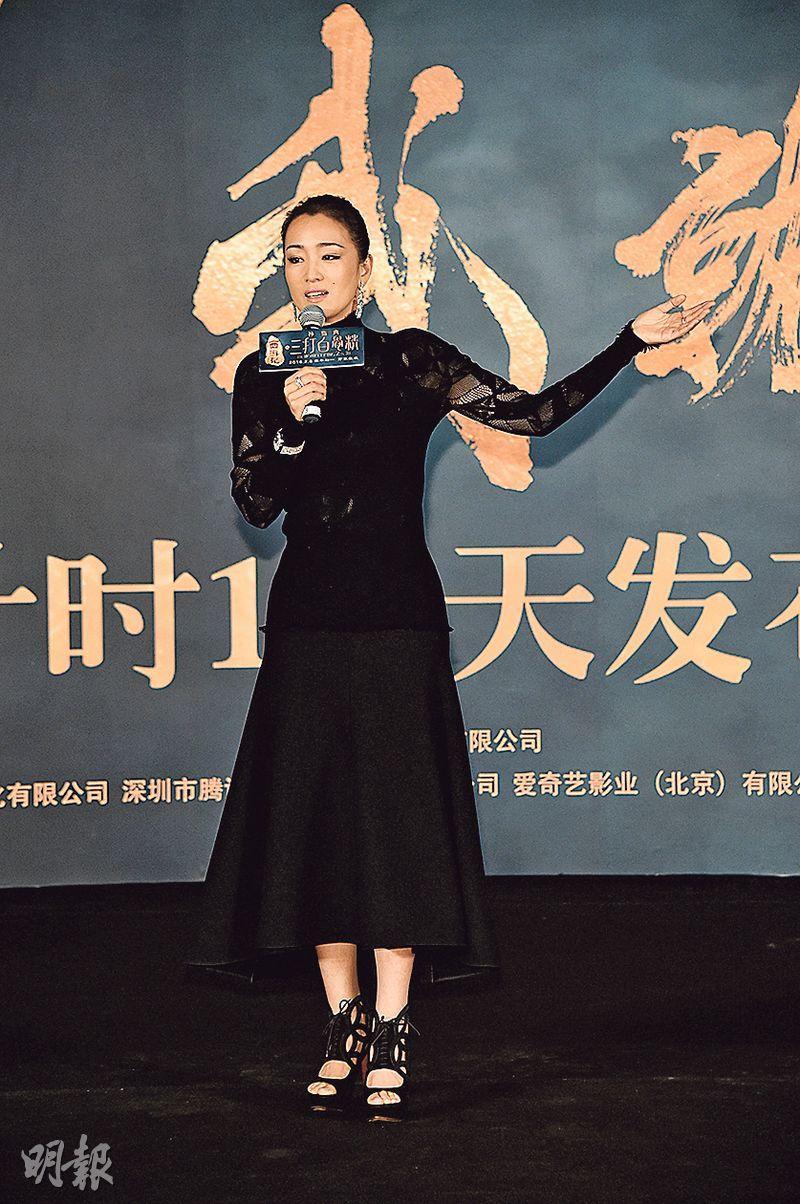 Artist Gong Li and Director Soi Po-Sheang held a "100 days countdown for the MONKEY KING 2 release. They both revealed that the 100 day countdown poster and the White Bone Spirit weapon poster. White Bone Spirit Gong Li's back was unveiled in all her dominance! Gong Li said that she gave up four first times for MONKEY, including her first fantasy, her first wire work, her first meeting with Aaron Kwok Fu Sing and her first challenge to play a character from age 18 to 86. Gong Li said, "I have always heard that wire work was very painful, but I felt it was much easier than being on the ground. Nowhere on my body did I have to use strength. I also had to thank director (Sammo) Hung Kam Bo for protecting me. The entire process was done very easily." Gong Li after the shoot wanted more and asked for more scenes. She hoped that she would have WHITE BONE SPIRIT THRICE STRUCK THE MONKEY KING!

As for the scenes with the master and his disciples, Gong Li praised Sandy Law Chung Him and Piggy Xiao Shenyang for being cute and scene stealing. She also said that it was the first time she met Sun Wukong Kwok Fu Sing. She said that he was radiating sincerity and determination. As for the Tang Monk Feng Shaofeng, she felt that he was very mild mannered. "Very much like a perfect lover, but in the film White Bone Spirit and Tang Monk had no romantic scene. I even had to eat him!"

With the help of special effect make up, Gong Li also played the character from age 18 to 86 for the first time and turned everyone's impression of White Bone Spirit upside down. Gong Li even said to the master and his disciples, "Whether you come or not, I am here!"

Cheang Po Shui even praised White Bone Spirit Gong Li's eye catching performance. He said, "Undoubtedly this will be the most beautiful White Bone Spirit that anyone has seen. Ms. Gong Li's appearance is mesmerizing, from the start of her appearance she became the focus of everyone's eyes . Her concentration level as how convincing she was was rare among actors. She was not willing to let one detail that needed to be integrated."
Posted by hktopten at 6:40 PM