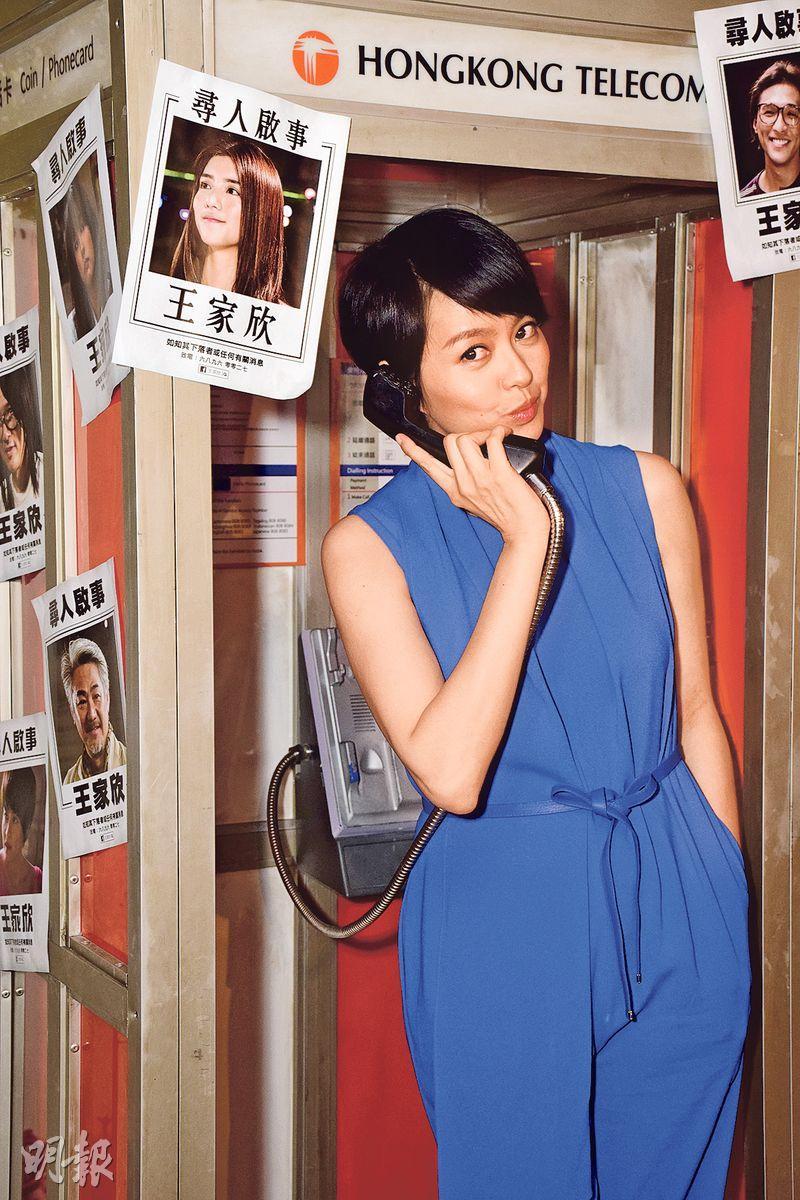 Gigi Leung Wing Kei yesterday along with the film WONG KA YAN's director Benny Lau Wai Hung promoted the film. Gigi has known the director for over ten years. This time she guest starred during her pregnancy. The director not only had to keep the secret for her but also took great care of her in appreciation of Gigi's assistance.

Gigi in the film played the grown Wong Ka Yan. She felt that this film had a very 80s and 80s nostalgia, reminding her of her school days. She and Lau Wai Hung have known each other for over ten years. She heard that this script took six or seven years before last year its production was confirmed. She then agreed to perform right away. Gigi said that when she heard his film finally started production, she was just as happy as she heard that he got married and had a daughter.

Yet after Gigi agreed she realized that she was pregnant. During the shoot she was two months pregnant. At the time she did not tell anyone, but she had to tell Lau Wai Hung because she was afraid that the film would have dangerous stunts. Luckily the most "dangerous" in the film was her argument with Patrick Tam Yiu Man and her ferry ride to Ping Chau. Gigi admitted that at first her husband was afraid that the ferry would be dangerous. She told him that the Hong Kong film industry was thriving and the set was very comfortable. "Finally he was willing to release me, maybe because it was our child he was more nervous."

Did she have any mood swing during the shoot? Gigi admitted that due to the hormones she easily cried. She said that this film was purer than filtered water and very suitable for young men and women. Did they hope that it would be a big hit like OUR TIMES? Lau Wai Hung said that different places have different nostalgia. This film was about Hong Kong domestic nostalgia.

The shoot took place at the peak of summer, which Gigi admitted was very difficult. Due to the 40 degree Celsius heat and she had to ride a bicycle in Ping Chau, Lau Wai Hung took great care of her. Reporters joked that luckily they were married, otherwise they would be linked in rumors; Gigi said, "Even if we weren't married it would be impossible." Lau Wai Hung said that his appearance could not compare to Gigi's husband. Gigi said, "Lau Wai Hung's smile actually is also very friendly."

How did Lau Wai Hung thank Gigi for her support? He said that he would thank her daughter. Gigi said that Lau Wai Hung's wife and she both gave birth around the same time, they would exchange parenting tips. When her daughter refused to sleep at night, she called Lau Wai Hung for help. Lau Wai Hung said, "I told her, this was the first stage of the child zombie period. Later she will have several more stages to go." Gigi said that taking care of her child has been rather pleasant and she also rather enjoyed it.
Posted by hktopten at 9:14 PM