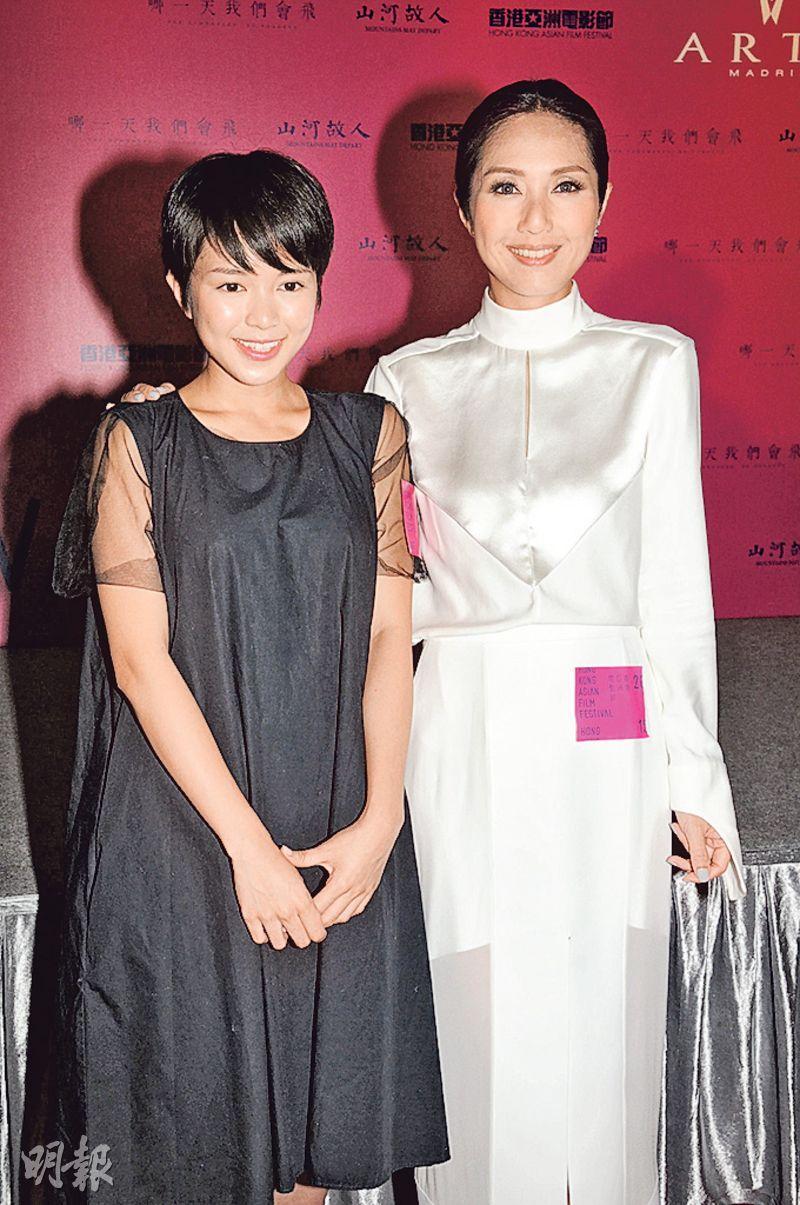 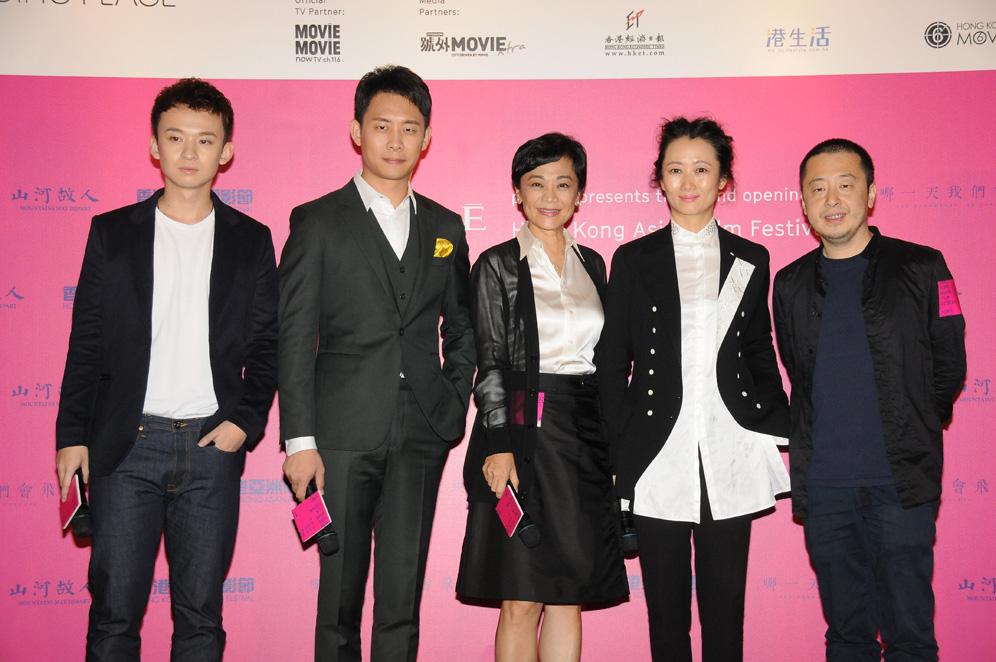 The 12th Hong Kong Asian Film Festival 2015 opened two nights ago. Two opening films were SHE REMEMBERS, HE FORGETS (NA YUT TIN NGOR MOON WUI FEI) and MOUNTAINS MAY DEPART. The films' directors and actors including Jia Zhangke, Zhao Tao, Sylvia Chang (Cheung Ngai Ga), Zhang Yi, Tong Zijian, Miriam Yeung Chin Wa, Cecilia So Lai Shan and Nick Yau Hok Sau attended. Cheung Ngai Ga said in advance that she would not do any interview. She said on the stage that she was very honored to participate in Jia Zhangke's film and was very happy to work with Post 90 actor Tong Zijian. Chin Wa and her SHE younger version So Lai Shan did not have any scene together, but she praised her performance as good and natural. So Lai Shan revealed that before the audition she wanted Chin Wa's film HOOKED ON YOU (MUI DONG BIN WAN SI) to study her presence and she really liked the feeling Chin Wa gave off.
Posted by hktopten at 6:38 PM