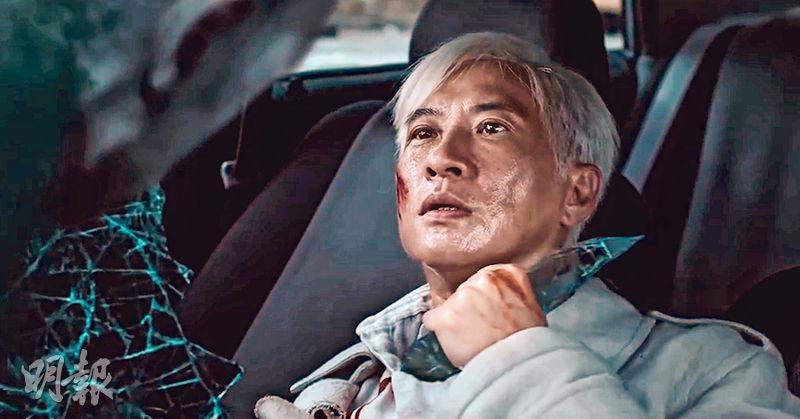 The Nick Cheung Ka Fai directed and starred Hong Kong horror detective film KEEPER OF DARKNESS (TOR DEI KUI MOR YUN) will open officially on November 26th. The trailer two nights ago debuted online on the official facebook page. In 12 hours it had almost 600,000 hits and over 200,000 views. As the director Ka Fai was excited. Seeing the views' continuous climb, he felt like he was watching the stock market.

In the trailer, Ka Fai had a plastic bag over his head then tied it to suffocate himself; later as the trailer ended, he used a sharp glass to cut his throat. The scene was rather mysterious.

A lot of action elements could be seen in the film as well. Ka Fai had a scene in which he fought with a group of ghosts. He said, "I am particularly fond of fights and action. In my film world, for years I was either hitting people or getting hit. Thus I was pretty demanding in my own action scenes, as I was after realism and atmosphere."
Posted by hktopten at 9:50 PM