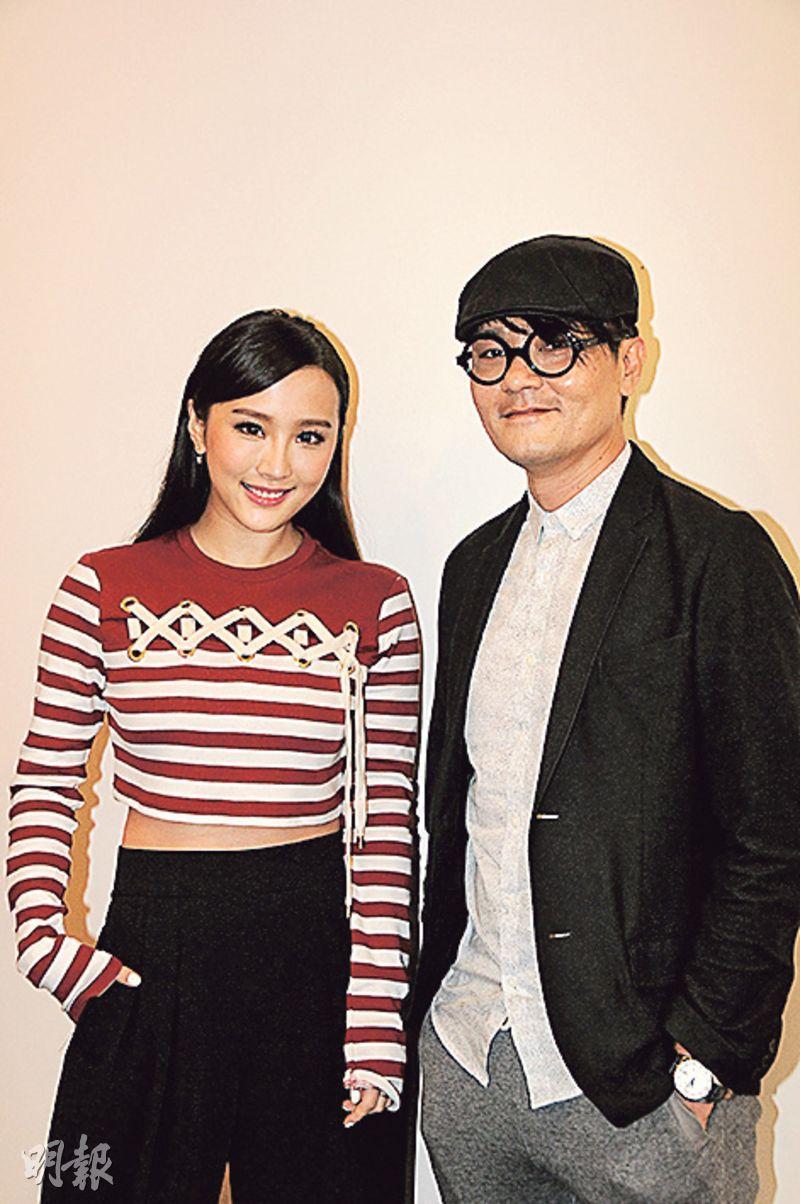 Gordon Lam Ka Tung, DaDa Chan Jing, Frankie Lam Man Lung and Tony Wong Yuk Long yesterday represented Hong Kong films LOVE FOREVER (NGOR MOON YU GEIN CHUNG FA WU) and THE MERGER (NGOR MOON TING JIN BA) at the 2nd Guangdong Film Festival and the 3rd Hong Kong Film Festival week press conference. Ka Tung's god mother Apple Ha Ping earlier fell at home and was sent to the hospital. The doctor after a complete examination discovered minor spinal dislocation. Ka Tung did not encourage her to leave the hospital but she was very stubborn. He revealed that Ha Ping had high blood sugar, but visiting friends brought a lot of fruit and nutritional powder milk. She ate three bananas in one day and went over quota. The doctor also said that she was better with the hospital's nutritional meals. Did Ka Tung hire a maid to take care of her? He said, "It's not bad to hire a maid, but everyone knows how direct she is and how loud she is. Not everyone can take that." Earlier Ha Ping was willing to move into a nursing home, but she changed her mind as she wanted to keep working. Ka Tung once asked her to retire, but she wanted them to work together again. He would like to relieve her acting bug as well. Anthony Wong Chau Sun suggested the establishment of an entertainment community team to take care of elderly actors. Ka Tung said that he would discuss it with him. The younger generation should do something for the older generation.

Earlier film critic Shu Kei questioned THE MERGER's international award recognition. One of the investors Wong Yuk Long later said him remove the related post. After negotiation they decided not to take any legal action. Man Lung and Wong Yuk Long will continue to make new films together and revealed that the new film will be a horror film. Will his wife Kenix Kwok Ho Ying make a comeback for it? Lam Man Lung said that his wife has to take care of their daughter. If he had to take care of their daughter full time then it truly will be a horror.
Posted by hktopten at 9:16 PM