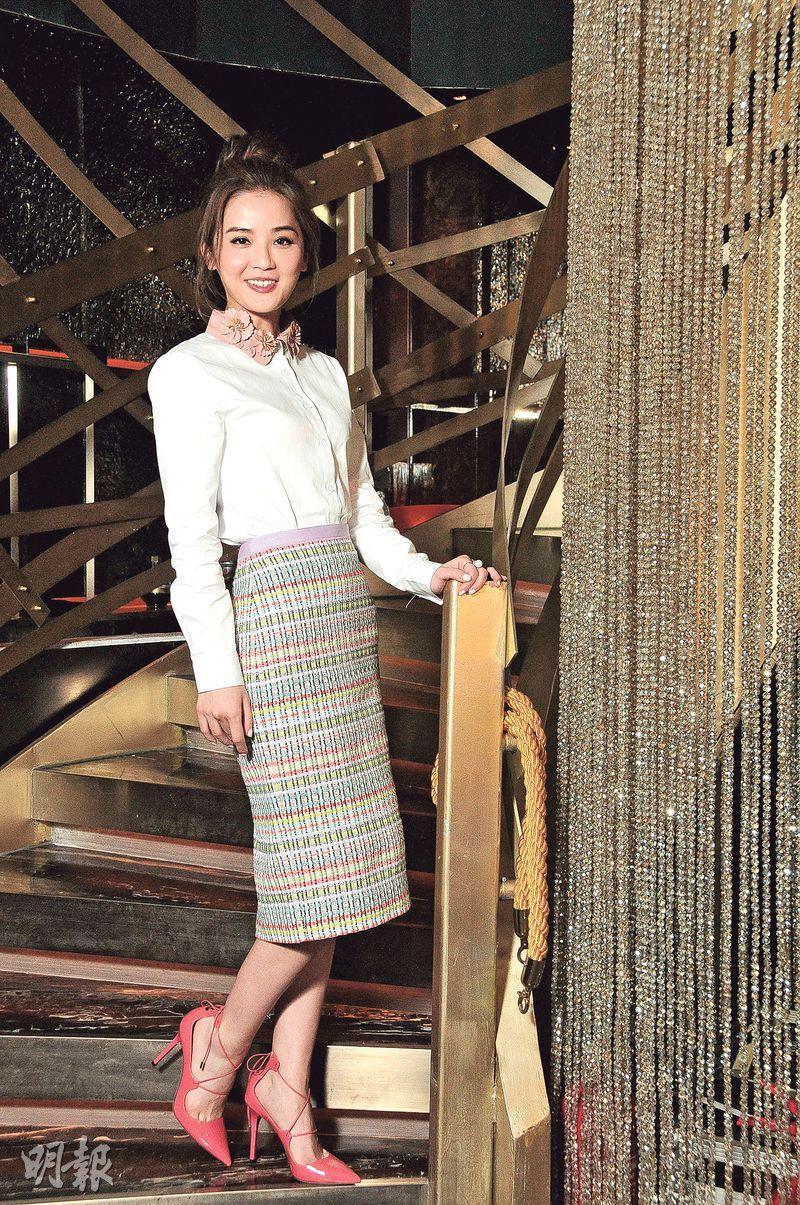 Charlene Choi Cheuk Yin performed in the dark comedy WE ARE GHOSTS. She said that the location was an abandoned home in Macau. Although she did not run into anything strange, when the director shot into the home from the outside she was alone and in front of a mirror. She did not dare to look at it directly. Ah Sa this time worked with elders like Stanley Fung Shui Fan, Lo Fun and David Lo. She said that constantly called Fung Shui Fan "Shrinking Water" but he was very cool and did not pay her any attention. However he did not yell at her either. Chi wai said that Fung Shui Fan this time had to remove his wig and false teeth and appear in his true form. However this film became another actor David Lo's final film. Chi Wai said, "In recent years I have invited him to perform in every film, mainly because I felt he had a very positive energy and liked to make fun. I remember during the shoot he wasn't very thin, only by the very late stages he was!" In Ah Sa's impression David was very funny and his joyous atmosphere would affect her.

Chi Wai has always given new directors a helping hand. This time he had to call in all the favors. He said that aside from finding actors he also had to find a boss to invest. However he was happy to run into another actors with good intention, like Wong Ching Po worked with Andy Lau Tak Wa on his very first film. Thus the most important was to have heart. Even Anthony Wong Chau Sun, Liu Kai Chi would help with micro movies and short films.

Ah Sa also said that she would like to slowly participate in behind the scene work. This time after working with Ah Po she asked him to see if they would have another chance to make a movie together. Unfortunately he said that he was very busy and turned her down. As for being turned down by a guy, Ah Sa joked, "I wasn't heart broken, I am not his cup of tea!" Then why does she not direct? Ah Sa said that although she has made a music video, she did the planning so she was not too confident. Now she had a new style romantic script under preparation, but she wanted to study first. Chi Wai joked, "Before it was CHOR GEI (CHILD PROSTITUTE) now it is GEI JAI (BROTHEL)!" Ah Sa clarified that she would like to make a movie that would at most be rated IIB. She started to put the production together and handed the story idea to screen writers to write. For now she would not personally direct. She said, "It's not like I can just put a camera there and then edit the film. I don't want to just hand in homework. I am very ambitious, when I do it it has to be the best!"

Speaking of his son Tsang Kwok Cheung's CEMENT, Chi Wai said that at first when he asked Kwok Cheung if he was interested in directing Kwok Cheung asked him if he could make anything. Chi Wai of course let him have free rein, but he did not expect such a scary movie. Chi Wai praised his son and said, "His film is viable and has style. He would be better as a director than as an actor because he had a lot of messages that he wanted to say. However my praises are useless, what he needs is the praises from the audience!" Would he advise Kwok Cheung during the shoot? Chi Wai said that he let that to people around him. Advice at work between father and son would be a little odd. Actually he was very afraid of hindering him and that commercial elements would affect his creativity. However now he would ask. Will they work together again? Chi Wai said that he has already performed in his son's directing debut. It was enough to just have a little fun, otherwise it would be quite a bother!
Posted by hktopten at 7:48 PM