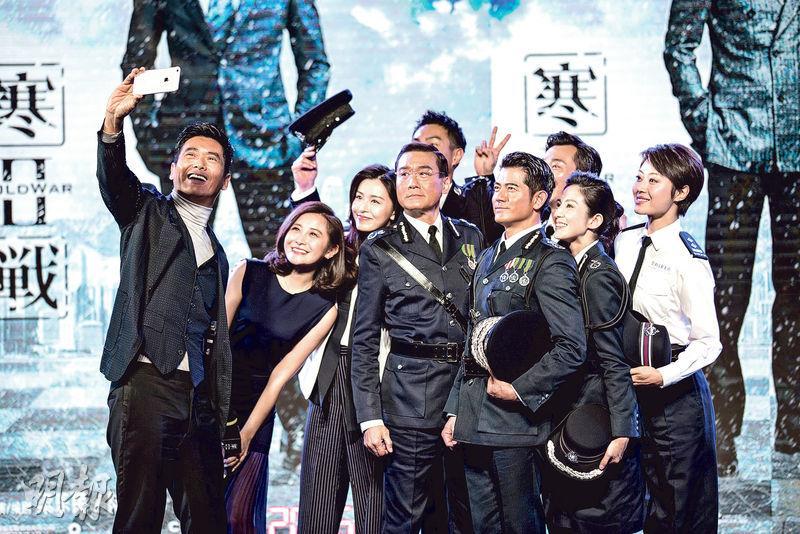 Kwok Fu Sing led the Hong Kong police force in appearance and made his presence felt, leading to screams at the venue. COLD WAR 2 will officially open on July 3rd. As the leads shared the stage, the event even unveiled a group of character posters.

Reporters asked why Fat Gor wore "ankle baring" pants again. Fat Gor said that someone prepared them for him, he just did not turn them down. He even joked that he felt like Andy Lau Tak Wa in them and was not used to them at all. As long as everyone liked them though he was fine.

At the event, Kwok Fu Sing and Leung Ka Fai not only wore police uniforms but the entire atmosphere was soaked in the film. Completely intense, the event displayed a feeling of a duel that was about to start. In comparison to COLD WAR, the character relationships in the sequel would be even more complex and the mystery even deeper.
Posted by hktopten at 9:45 PM