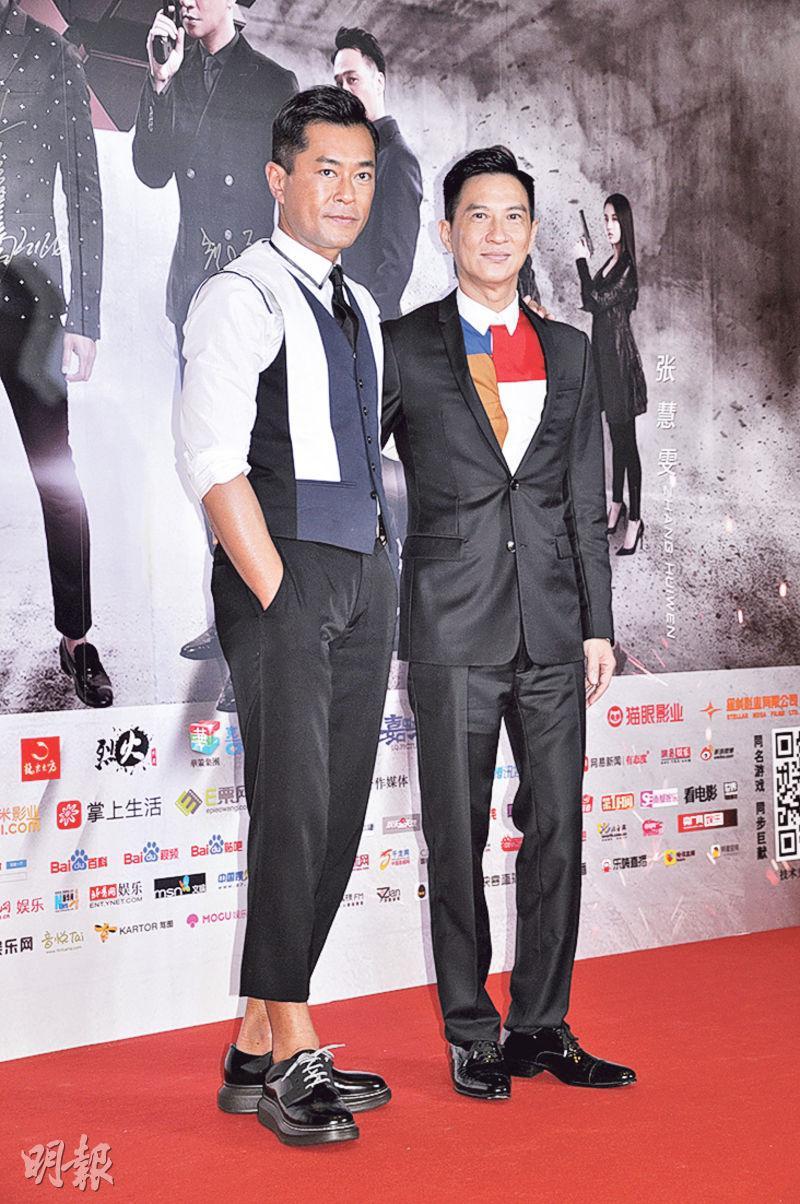 The film LINE WALKER (SI TOH HUNG JEH)'s actors kept promoting the film nonstop. The only lead actress Charmaine Sheh Si Man already succumbed to illness. Because everyone almost went to one place a day to visit various cities and towns in hopes of promoting in more locations, The frail Ah Sheh became ill due to the heat, the rain and the typhoon. Luckily yesterday at the Beijing premiere her condition has improved and she appeared in a very professional manner. Despite Nick Cheung Ka Fai and Louis Koo Tin Lok promoting separately, the focus has always been on them. In the past they have been separated geographically but they still admitted to missing each other and even their relationship to be like a couple's. Koo Tin Lok stated that he did not want to be the third party, as he knew that Ka Fai was already married! He had no plan to destroy other people's family. Yesterday they finally promoted together. They said, "Absence makes the heart grow fonder!" They were full of chemistry on and off stage, and truly seemed to have exceeded the usual brotherly love.
Posted by hktopten at 7:06 PM