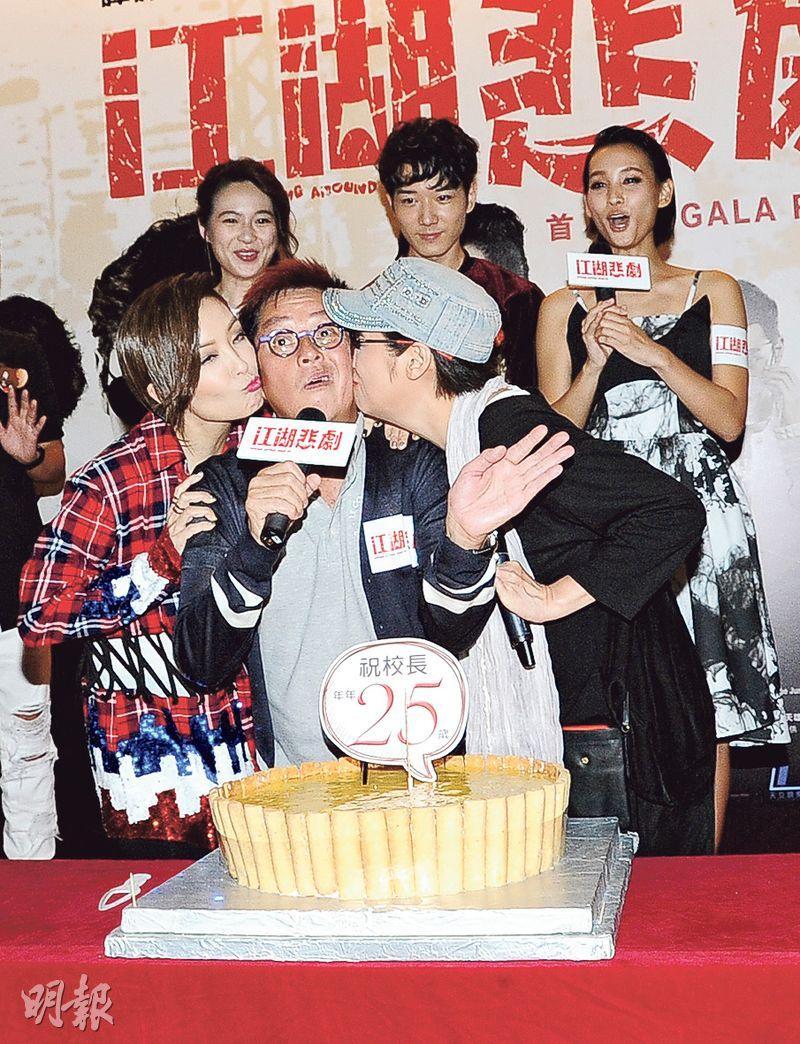 Principal said that since July 11th he has already cut 50 to 60 cakes so far. His birthday wish this year was for the audience to accept this film. He has already begun recording his new record and hoped very much to be able to work with singers he admired. He will sing one of the songs with Andy Lau Tak Wa; but because Wa Jai was working on a movie in Europe, Principal recorded his part first and sent the tape to Wa Jai to record. This time Wa Jai even wrote the lyrics. Principal revealed that he had this idea for two years. As the record producer and planner he also personally contacted the other singers.

Chan Siu Chun said that this time he promoted a lot for the film, but the box office was impossible to predict. He had a lot of fun from making this film, which should be able to win people over and his effort would not be wasted. He also knew that the film company has already arranged for audience appreciation events. He too hoped to be able to attend. Siu Chun after the premiere would attend another party. His wife Cherrie Ying Choi Yi would go by herself first. Would he book a show for friends since he would not watch the film? He said, "I would book two rows, I would watch it with my wife on a date!"

Ng Wing Mei's husband Lin Hoi Tong came to support his wife, but they arrived separately. Lady Ng said that the actors had to arrive earlier. Her husband came after having dinner with friends. Would her husband give her any advice after watching? She said that he would because he liked to watch movies too. Thus he would analyze and give her advice. This type of relationship would be more involved. Earlier her husband was caught "cheating". Have they already made up? Lady Ng answer, "It's never been bad, so it's great! Nothing happened!"
Posted by hktopten at 9:54 PM