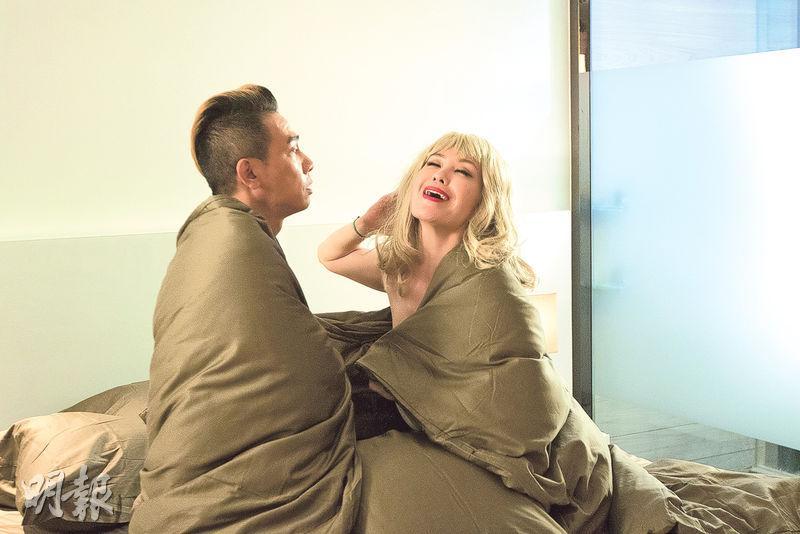 Jordan Chan Siu Chun and Christine Ng Wing Mei's new film FOOLING AROUND JIANG HU (GONG WU BEI KET) will open Thursday next week. In the film they played a couple. They revealed that on their first day of work, before they even greeted each other they already had to get intimate in the bathroom. Thy said that the new film was shot in a comic book style, so it was not the close physical contact that everyone would think. The romantic scenes were very relaxed. However Lady Ng revealed that during the shoot she hit her head. What did she hit her head on? She stated, "Everyone would get it as soon as they would see it. I guarantee that after watching it you wouldn't try it at home." Siu Chun also immediately said that he was not involved. In the film she was called Sister Crazy, everything that she did was more exaggerated. She hit her head herself.

Lady Ng said that in the film Siu Chun was very mean in front of others but she constantly yelled at him. Siu Chun also agreed and said that he had no leg to stand on. Reporters said that it was like in real life, he could not return fire. Lady Ng joked, "I am his lawyer, he shouldn't answer this question." They said that the last time they worked together was already in the last century. This time they had so many exchanges and had a lot of fun. Siu Chun said that this time was fun because Alan Tam Wing Lun was around. "He often cooks up gags. During group scenes he liked to improvise. He would take the lead mostly while the rest of us were responsible for following up. (Was that very hard?) Yes, but after once you know how to follow."
Posted by hktopten at 2:26 PM