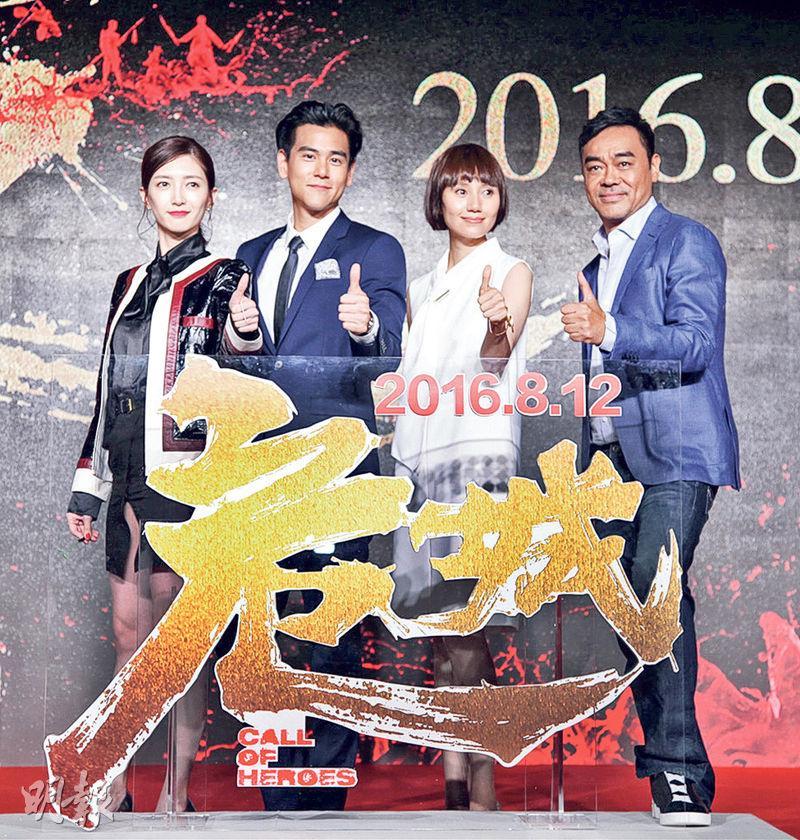 Taiwan hunk Eddie Peng Yu-Yan and director Benny Chan Muk Sing two days ago appeared in the Mainland to promote their new film CALL OF HEROS (NGAI SING). He pointed out that action director Sammo Hung Kam Bo was known for being highly demanding, revealed that he had 53 bad takes and broke his own record. As for how he stayed in shape, Eddie joked, "During the shoot I didn't have any energy to work out, everyday I went to sleep as soon as I got back. If anyone want to slim down, they can work on Chan Muk Sing's movies! (What character would you like to play?) If I have the chance I want to play a rapist!"

Yesterday Eddie, Sean Lau Ching Wan, Yolanda Yuan Quan, Jiang Shuying and others attended the Beijing premiere press conference. Jiang Shuying revealed that she and Eddie had an intimate scene, which the shoot of which Ching Wan and Louis Koo Tin Lok came to visit. They even performed a fiery "Eskimo kiss" on the spot.
Posted by hktopten at 2:50 PM