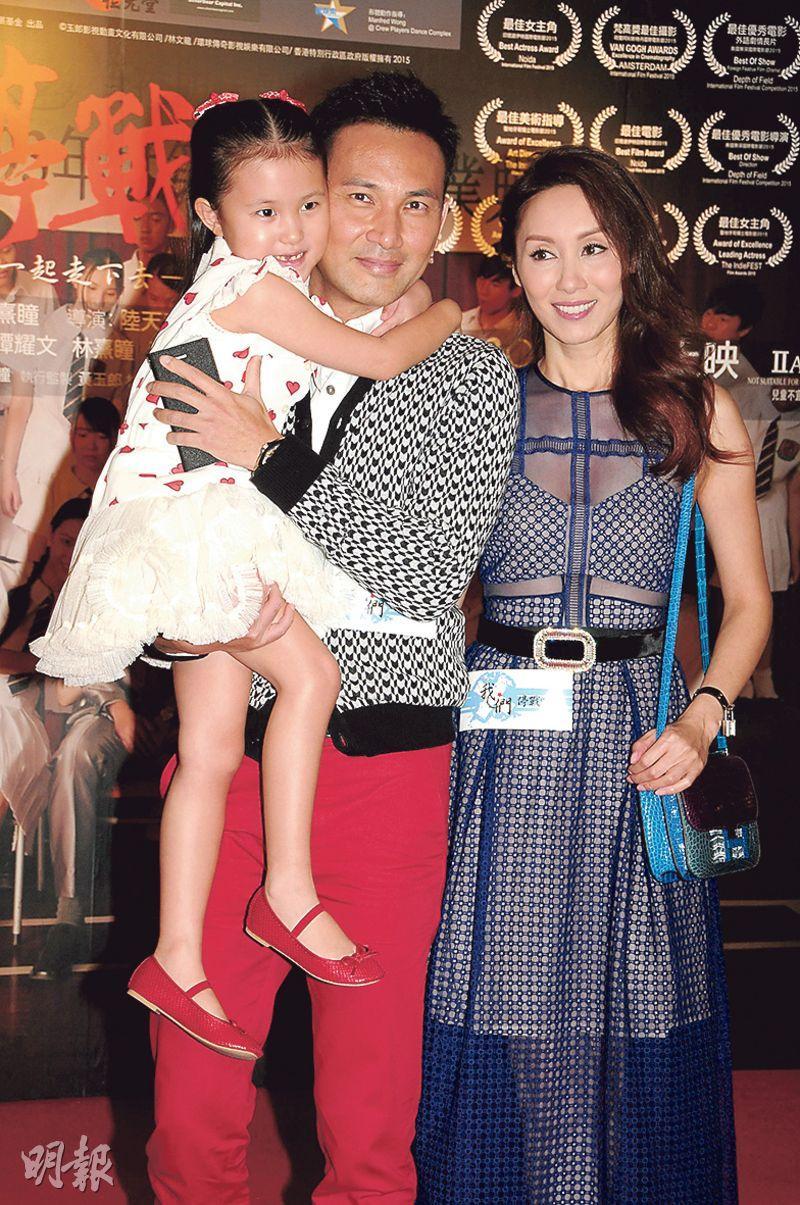 Man Lung's daughter looked exactly like him and seemed to have inherited her parents' acting genes, as she was not afraid of the camera. Ho Ying said that originally she did not plan to bring their daughter because she had to go to school the next day. However their daughter really wanted to support Papa. They would not watch the film though. Man Lung and Wong Yuk Long are planning their second film. Will he invite his wife to return? Man Lung said that he would not have put a lot of effort into it, with the suitable script he definitely would invite her.

Speaking of his daughter not being camera shy at all, Man Lung said that his daughter was extroverted and loved to chat with others. If not for so many cameras, she might already be dancing and singing. Would he arrange for her to act? Man Lung admitted that he would not, not until after she finished her education. The second generation stars now are all adults, she was too young. Ho Ying said that her daughter had a strong desire to perform. When she watched her father's performance she could recite the entire dialogue without missing a word. She had a lot of potential.

Ah Tam said that his sister first questioned how this film would win so many awards without any star. After she read the film reviews she immediately asked him for a dozen or so tickets. With Mid Autumn Festival on the way, Ah Tam said that he will spend it at work. He will buy several more lanterns to keep his children from complaining.

Lam Hei Tung said that the company was planning a second film and planned to approach a top Mainland actress to play the lead. However the top Mainland star's schedule was tight and they were in negotiation currently.
Posted by hktopten at 4:30 PM