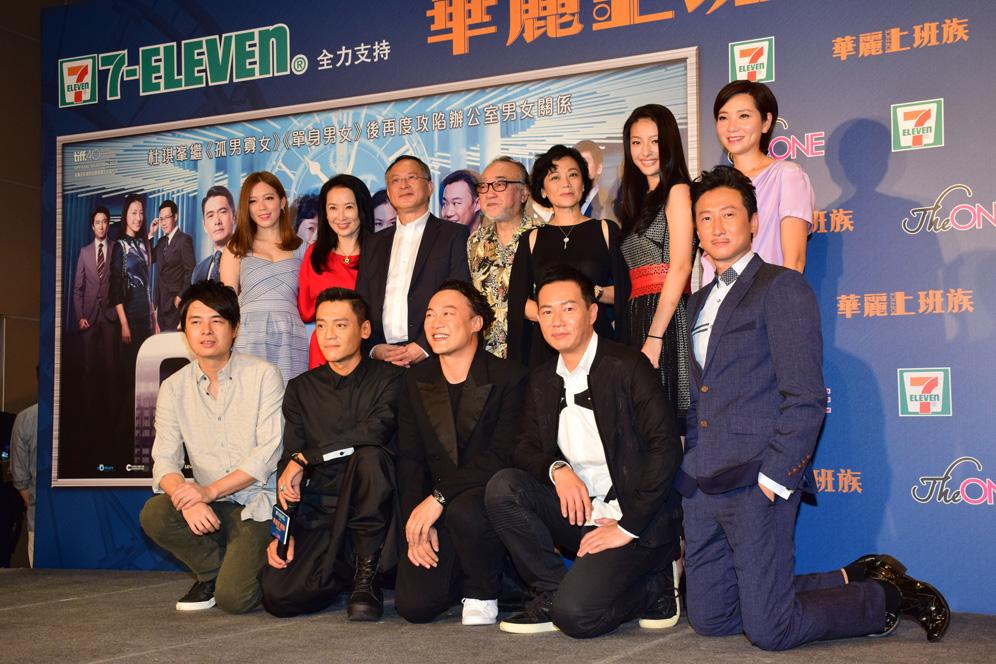 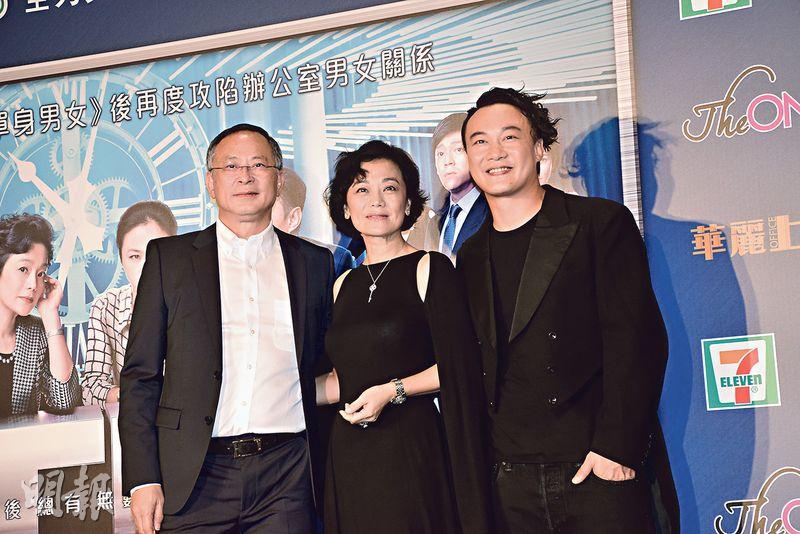 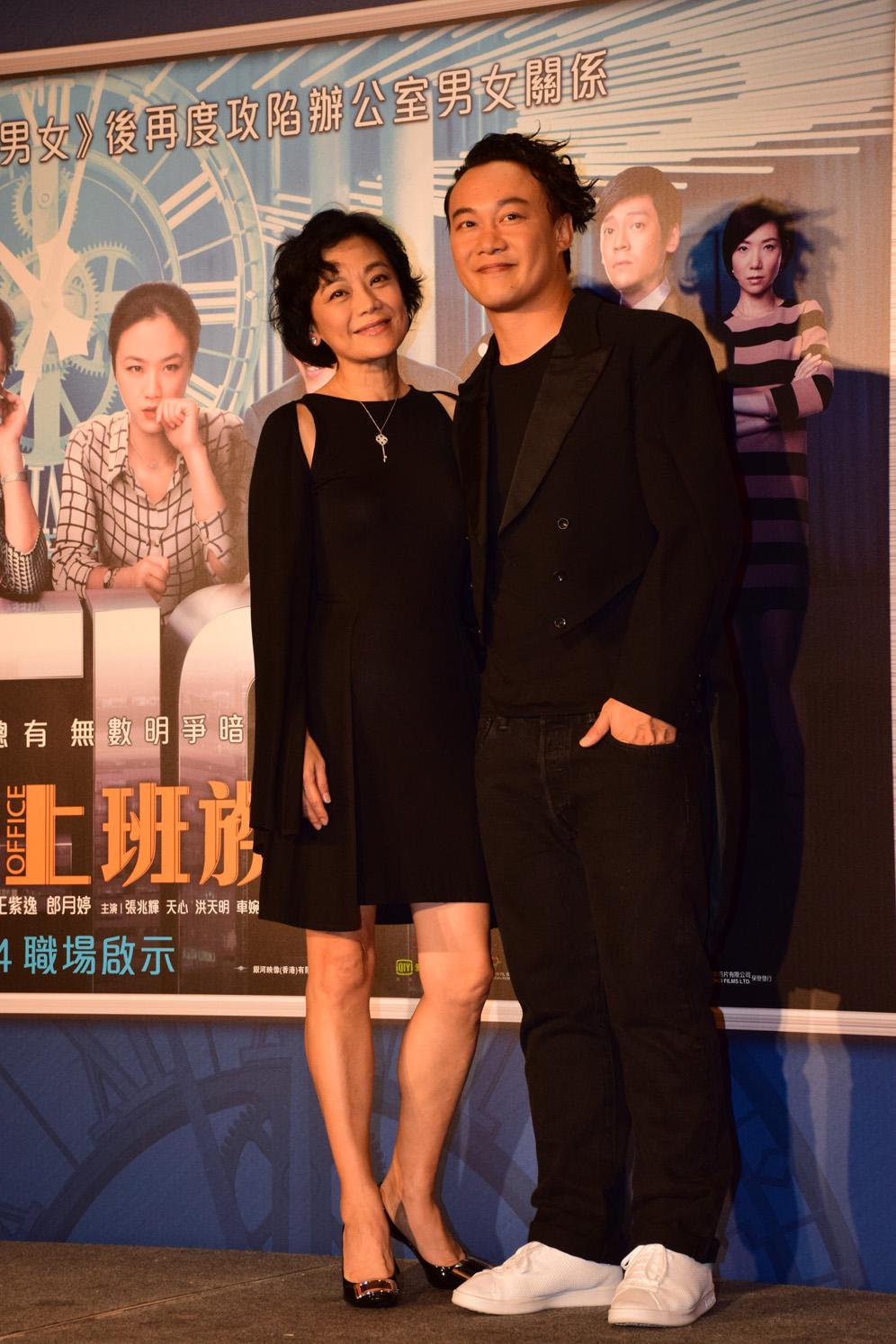 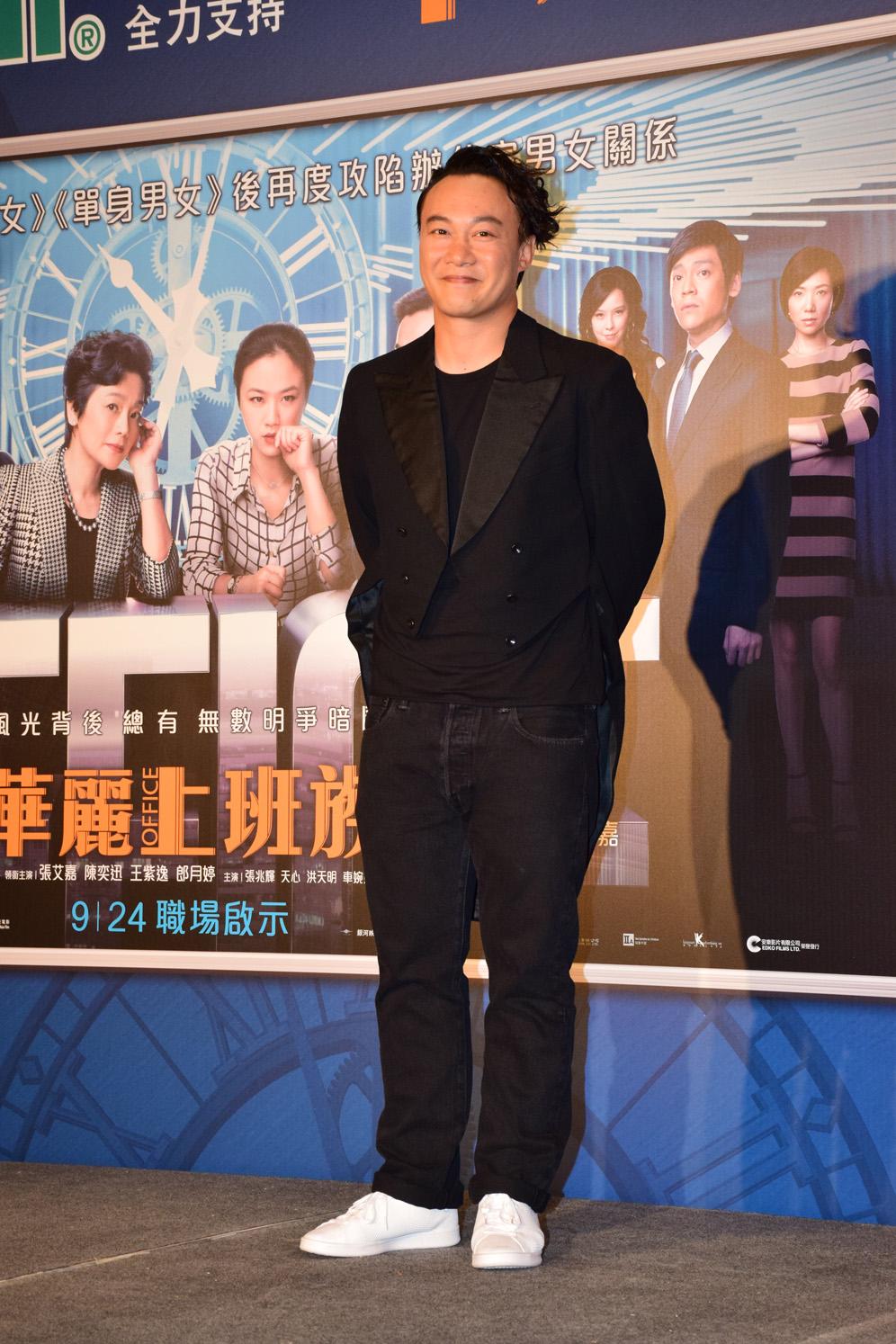 The Johnnie To Kei Fung directed film OFFICE (WA LAI SEUNG BAN JOOK) two nights ago held its premiere. To Sir led actors Eason Chan Yik Shun, Sylvia Chang (Cheung Ngai Ga), Adrian Wong Chi Ching, Eddie Cheung Siu Fai and Stephanie Che Yuen Yuen. Chow Yun Fat and Tang Wei did not appear. To Sir jokes that working with Fat Gor and Sister Chang after so many years actually did not feel that long. They did not change much as they were still in the film industry. Were they all more mature? To Sir joked, "Mature? We are all old!" Sister Chang said that this film's costumes were even prettier than in the play. Her shoes were even higher, like she really was at work.

Eason two nights ago looked lively. He said that earlier he had a foot massage, perhaps the venue was too muggy he showed signs of having the flu. Sister Chang praised Eason's performance, for which he rushed to thank her. He felt that this production was a lot of fun. He was very into it but he did not like his character too much. Because of the major mood swings, he did not feel comfortable after watching. Even his manager said that she hated him after watching. Reporters said that he was convincing, Eason said that that moment was very hard to take because he did not like the person on the screen. However he learned a lot this time. Eaosn said, "I have too few scenes with Fat Gor. I wanted to have more, unfortunately I didn't write the script." Eason said that Fat Gor might be "thinner" than him, on and off screen he had a lot of reverence for this chairman. Will he make more movies? Eason said that making movies took "energy", and he was still busy with his concert tour.

Speaking of Madonna's upcoming Hong Kong concert that started a ticket grab, Eason said that he has never seen her and really wanted to go. He did not get to see Michael Jackson in concert before he passed away either. The tickets went as high as over HK$ 10,000, Eason asked, "To buy? (You want them for free?) Isn't there an envelope there when I go back to the office? Am I too naive? My company has few people, just me. It's not like Universal with Principal and Hacken, I am only a family of three."

Wong Chi Ching's father Felix Wong Yat Wa showed his support. In the film Chi Ching played a secretary. The most memorable was on the first day of the shoot when they shot a banquet scene. She got stomach pain from waiting and waiting. Then someone screamed her name, he was Fat Gor. She said that when she was little she had dinner with Papa and Fat Gor. She could not believe that he would still recognize her. She said that Fat Gor often talked with the director about photography on the set. Fat Gor also took photos for all the actors. She said that she did not dare to ask Fat Gor for acting advice, she only learned from the sideline and hoped to have a chance to work with Fat Gor again.
Posted by hktopten at 10:00 PM