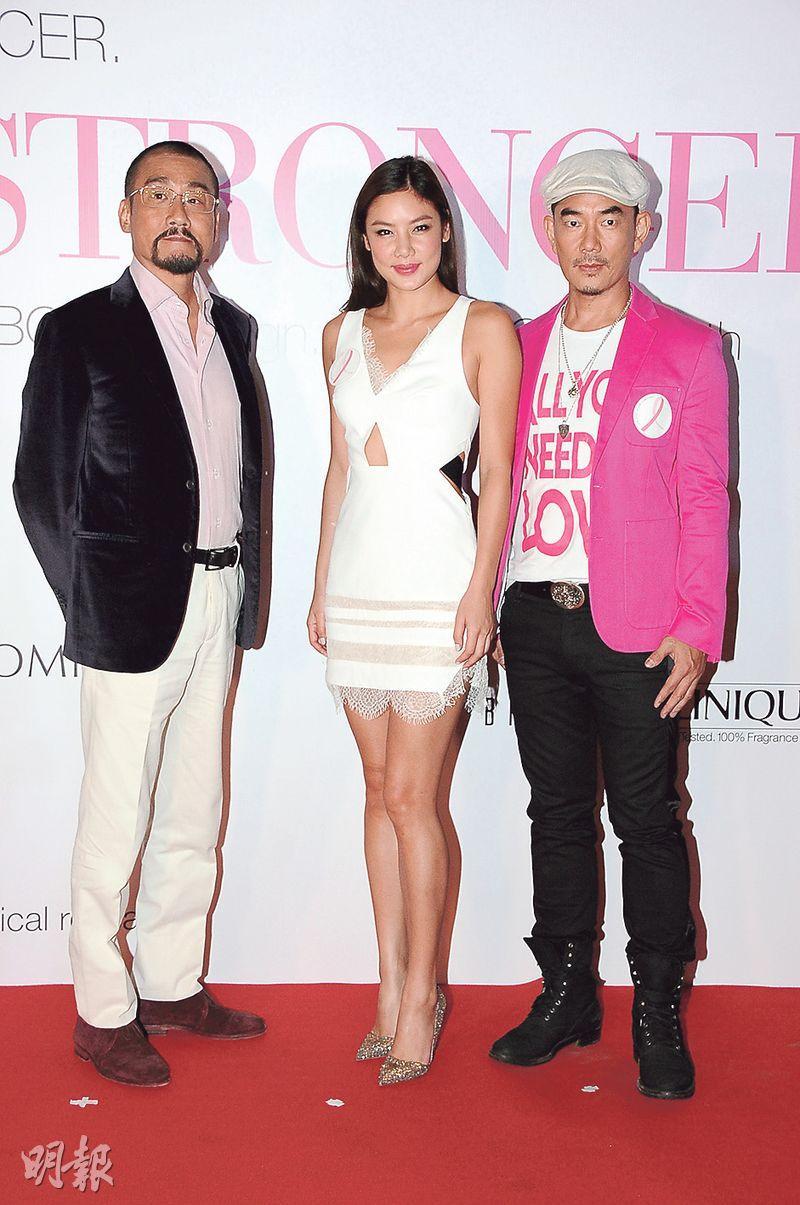 Ka Fai appeared with his COLD WAR (HONG JIN) look but declined to reveal whether work has already begun. As for his children attending public events, Ka Fai said, "I don't mind them attending public events, it's their choice. (Will they get into the business?) I haven't considered that. Over the years we have been communicating and gave them a lot of freedom, but I haven't heard them say that they wanted to sing or act."

Siu Chai said that his film with Miriam Yeung Chin Wa, 2 BECOME 1 (TIN SUN YUT DUI) was a story about breast cancer. He hoped that women would not be shy about getting tested every year. He and his wife would give physical examinations every year.
Posted by hktopten at 2:20 PM