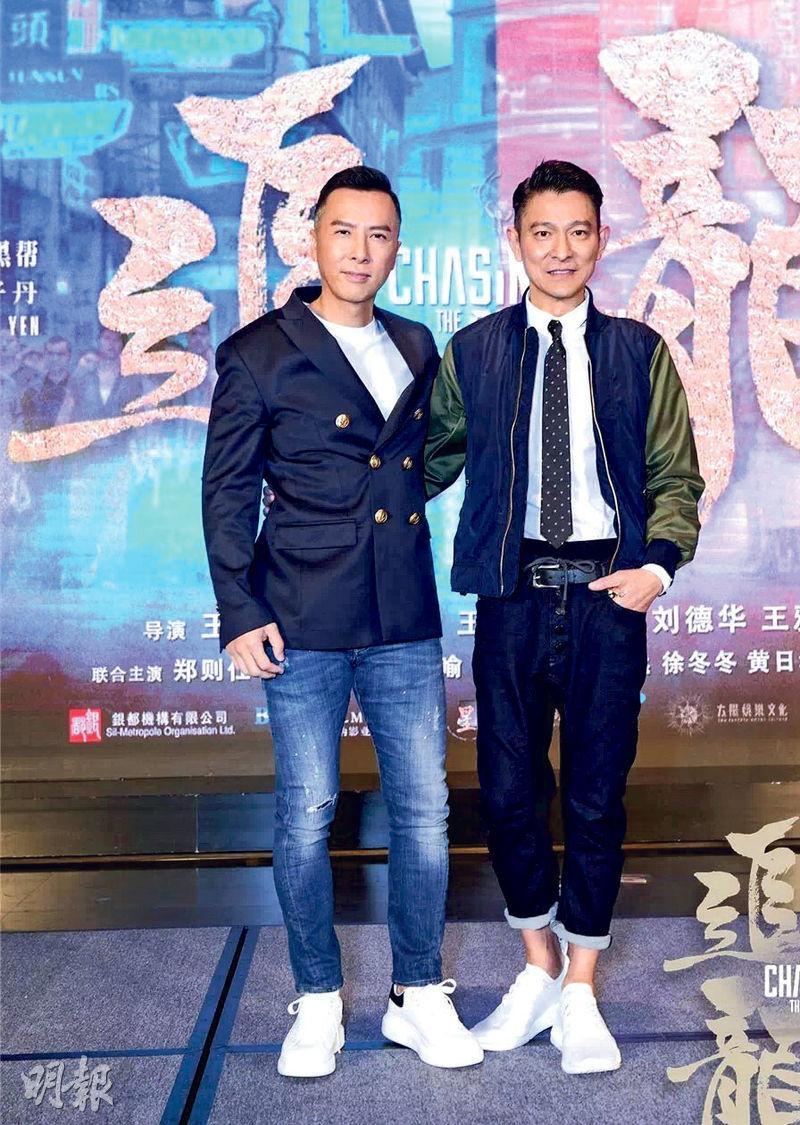 Hak Jai revealed that he saw how energetic Wa Jai was. He said, "I really blurred out 'God Wa Returns', before we even asked how he was he was already asking you, 'How are you? Have you been slacking off?'" Hak Jai wished Lau Tak Wa Happy Birthday in advanced and wanted to tell him not to take too many risks. In addition, Hak Jai revealed that he looked forward the most to the SHOCK WAVE sequel production start as he hoped to be able to work Lau Tak Wa again.
Posted by hktopten at 1:09 PM