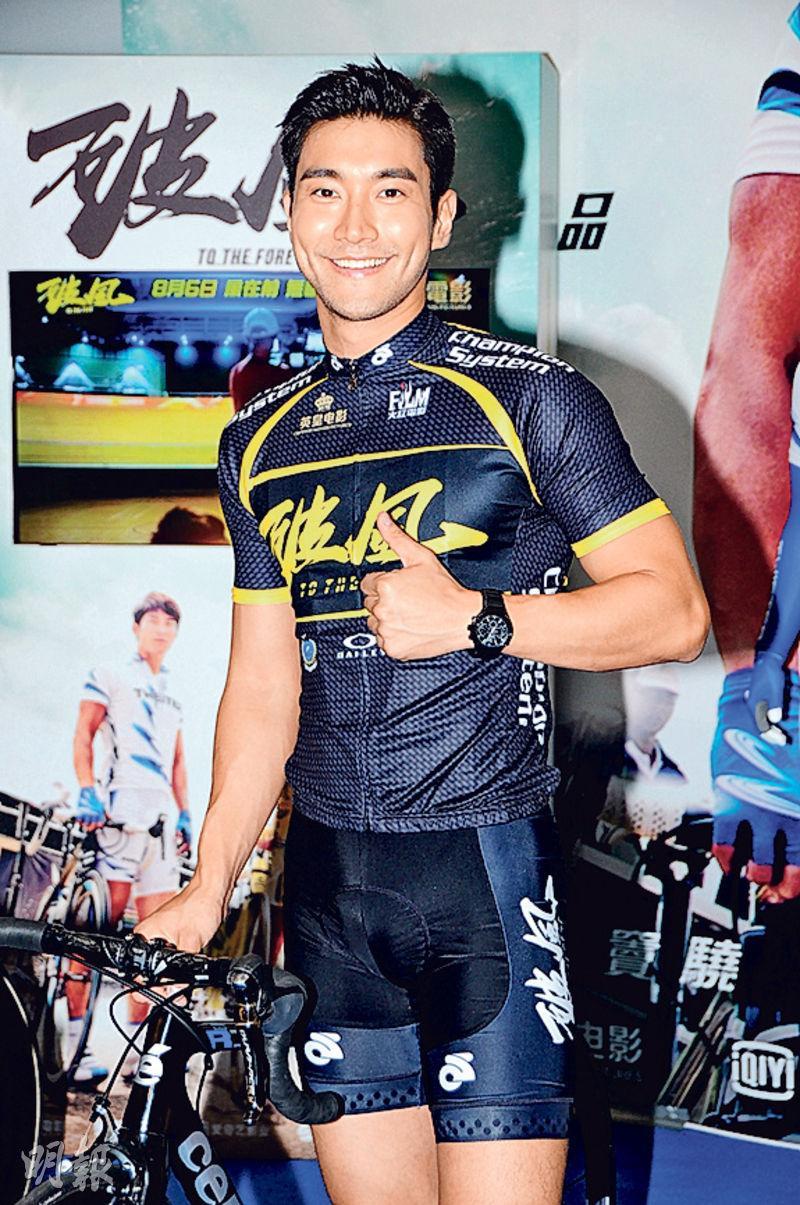 While preparing in Wan Chai, Peng Yu-Yan and Choi Si-Won attracted over 300 screaming fans. Most were Si-Won fans. Some fans even cheered Si-Won on in Korean.

At the premiere, the director and the two lead actors were interviewed. Lam Chiu Yin said that this time was very comfortable because the cycling team was very orderly. They did not race and obeyed the traffic laws. On the way many people cheered them on and everyone was very happy.

Peng Yu-Yan said that he was very happy, everyone have not ridden together in a long time. This time they had a rare police escort and were able to ride with the people of Hong Kong, which brought him back to the feeling during the production because they shot at Central for two or three days. The director also thanked the Hong Kong sports world and cycling team for their assistance, for example Wong Kam Bo gave a lot of suggestions. Choi Si-Won pointed out that he was especially glad about being able to ride in such a pretty place. Speaking of how crazy his fans got, he said that he really liked them but hoped that everyone would pay attention to safety.

Mandy Lieu guest starred as a model and seduced Eddie Peng Yu-Yan in a high cut dress. Dating Wang Luodan in the film, Eddie and Choi Si-Won made a commercial as cyclists. The model Mandy's eyes lit up when she saw Eddie, brushed his back and even tried to hook up with Eddie at a bar. Eddie drank from the beer mug with her lipstick mark in return like an indirect kiss. Mandy immediately made out with Eddie and dragged him to a hotel room for an one night stand. Reporters passed by and heard "strange noises" and shot the entire process for Wang Luodan, who broke down and broke up with him!
Posted by hktopten at 7:42 PM