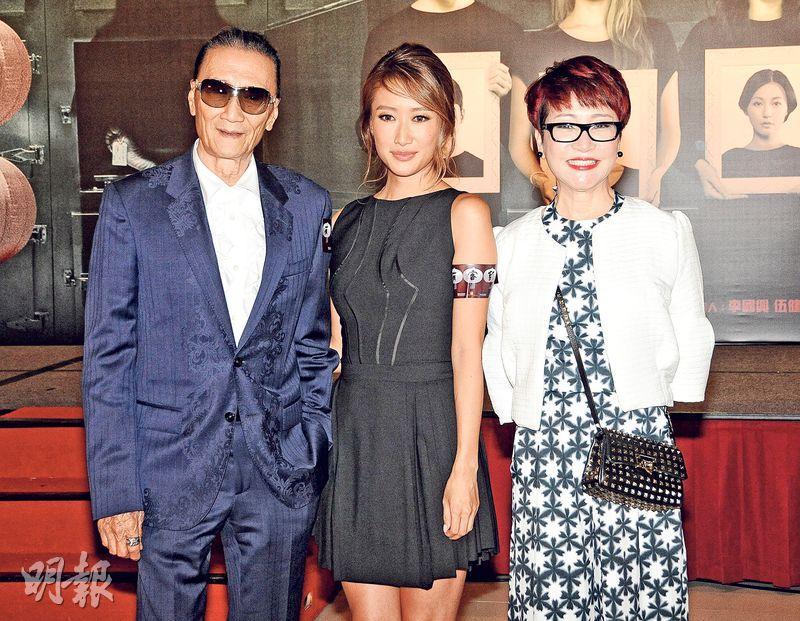 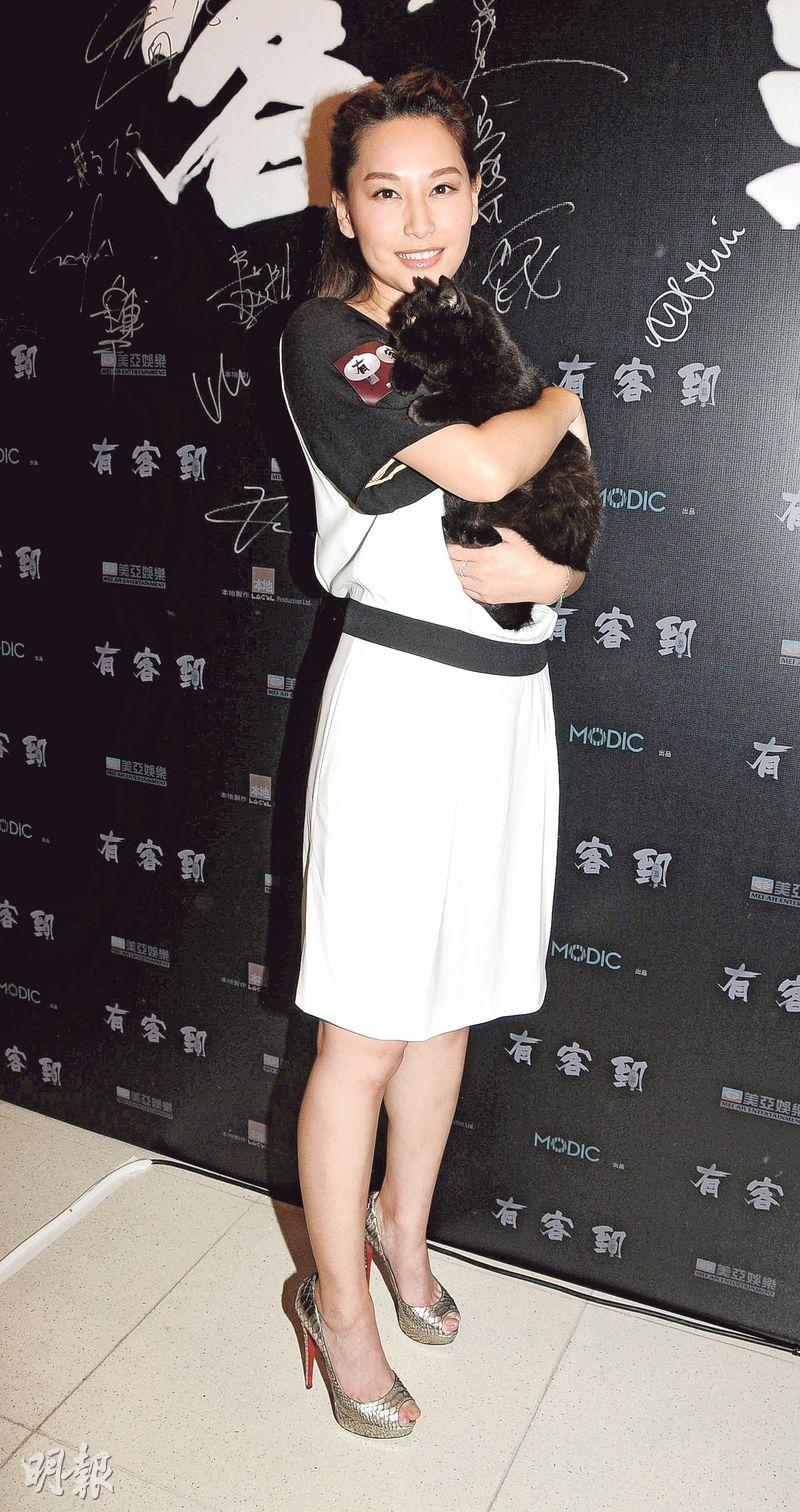 Sei Gor and Lai Goo originally were outside the venue. When the media discovered them they caused a stir. To avoid stealing the spotlight Sei Gor waited until after the ceremony to do interviews and posed for photos with Lai Goo and Ting Ting. However he avoided talking about his mood. He said, "Today I am not talking about that, I come to support Ting Ting. After the show I will give her my review." Was he afraid to watch a ghost film? He joked, "I am a ghost, constantly 'spooking around'." Ting Ting was afraid of watching ghost films. Sei Gor said, "I don't have to deliberately teach her, she would gradually get used to it."

Speaking of the TVB program FOUR AMIGOS BON VOYAGE's good rating, would the four "amigos" meet for dinner? Sei Gor replied and said that it would depend on when they would be free. Would he invite Kenneth Tsang Kong? He said, "Would you please not mention this person? Let me be a little happy, would you?"

Ting Ting said that she did not have time to call Papa. He was the one who suggested to attend. Speaking of Papa stealing her thunder, Ting Ting admitted that she expected that but he did so for the event. She also said that she did not know whether Papa was still mad, but she saw Papa's astronaut episode of FOUR AMIGOS. Ting Ting said, "When I saw Papa laughing as innocently and lively as a child, I was very moved and wanted to cry." She also said that they rarely watched a ghost film as a family because she and Mommy were just as scared. Usually after watching ghost films, they would need counseling. Ting Ting said, "Even when I went to wash my face or to the bathroom I kept asking people to keep talking to me. (Even to the shower?) No need, I just asked Mommy."

Playing a ghost, Sum Yau said that she would not sleep well after watching a ghost film, which would affect her skin, appetite and her jobs after. Reporters suggested for her to get a guy for courage, she said, "As long as they are brave, I wouldn't care if they are male or female. However no guy has asked me to go to a ghost film because people who know me know ghost films aren't right for me."

Tsz Shan appeared with the black cat from the film. Actually she like Sum Yau was also afraid of watching ghost films. Tsz Shan revealed that earlier when she promoted the film in Malaysia, when she went in she realized that the first two rows were empty she was scared out of his mind. Later she learned that the audience has not entered yet. Did she run into anything strange on this trip? She said, "Luckily no."
Posted by hktopten at 5:19 PM