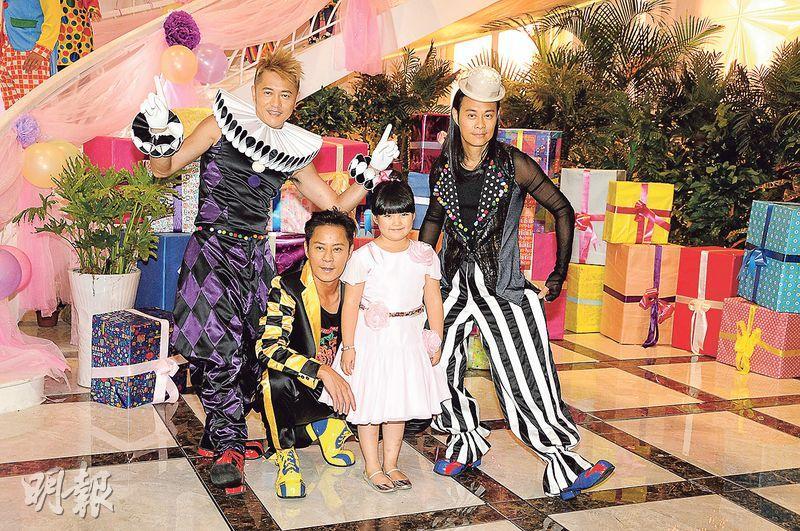 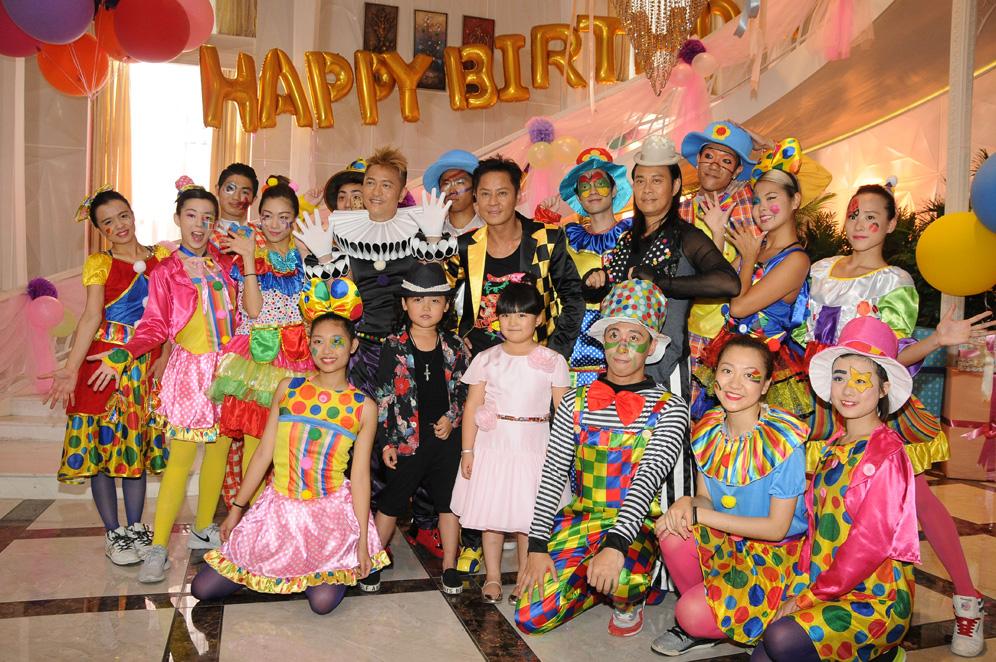 The Grasshoppers guest starred as angels in the Wong Jing produced new film GIRL OF THE BIG HOUSE (BO BUI DONG GA). Yesterday they worked on the ending scene, a birthday party musical number with Mainland child star Angela Wang Shiling in Yuen Long Clarence Film Studio. The Grasshoppers praised how sharp and smart Angela was as she did not need them to teach her how to dance.

After over a decade without making a movie together, the Grasshoppers this time will sing from the beginning to the end and narrate the story with songs. Actually their first film TROUBLE COUPLES (HOI SUM MUK YU) was with Brother Jing. They joked that Brother Jing probably had a good grasp on how their acting, which would be why he asked them to perform again after so many years. Did they help with the choreography? They said, "No need, this is a big production. It has a concert choreographer for that."

The Grasshoppers last year performed the end credit song for Angela's film FROM VEGAS TO MACAU 2 (DOH SING FUNG WON II), but they did not meet because they recorded separately. This time they were able to perform and record together. Did they teach her anything? Remus Choy Yat Kit said, "She is so smart, she doesn't need me to teach her. (Did she teach you?) I don't need her to teach me either, I am pretty smart too." They also said that yesterday they dressed like they went to a theme park. Brother Jing revealed that this time the film budget was already 60 million yuan and the film is expected to be released in January. As for working with Angela, he admitted that it has been smoother than last time with VEGAS 2. "Last time she was the only child. With too many adults she had pressure. At the time she was a year younger so sometimes she would cry. This time we have four to five children. Children communicate very easily. Even when they argue they will be fine very soon."
Posted by hktopten at 5:35 PM