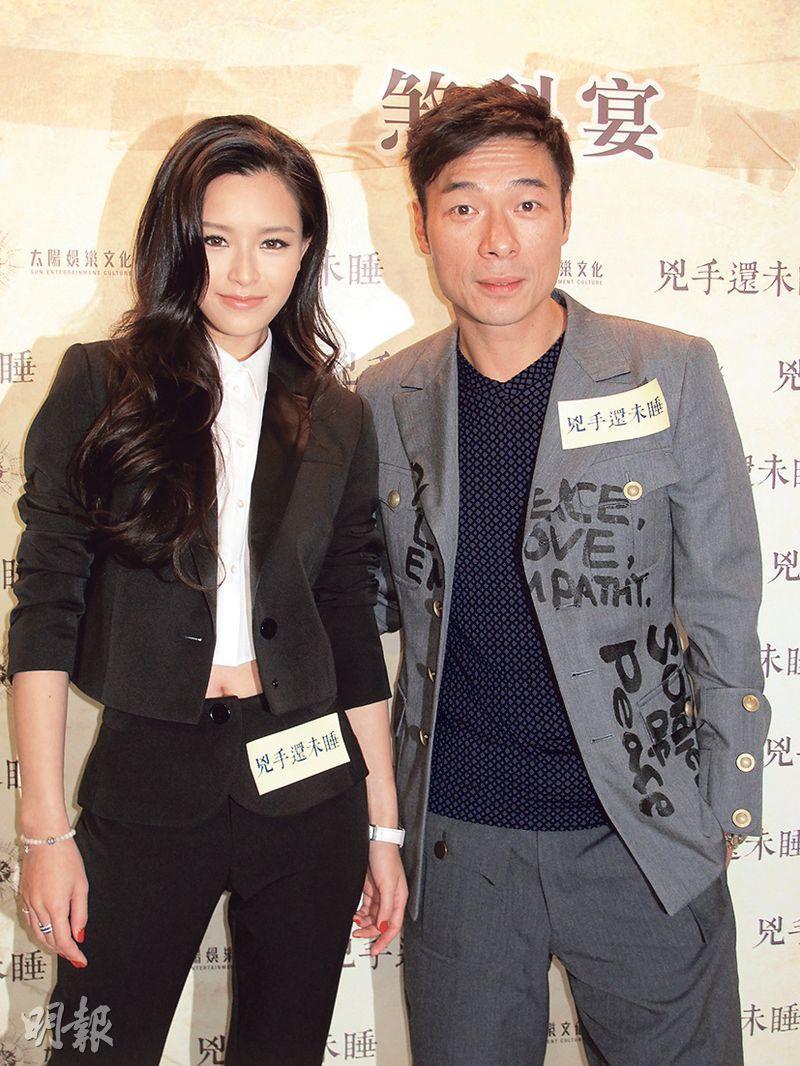 As for his first on screen "male male kiss", Ka Tung said, "This film was added in the last minute. I thought it was reasonable so I did it." He also said that he made four love scenes in a day, after that his eyes were swollen. He joked, "The rape scene with (Jacky) Cai Jie was more awkward. My pants had to be pulled down very low, but it was also reasonable." In another domestic violence scene, he had to slap JM three times. Because it had to be shot from different angles, he had to slap her nine times. Then he had to grab her by the hair and tossed her to the ground. Finally after the director yelled cut, she still could not stop crying. Ka Tung also felt that his character was very bad, later he will go overseas to leave the character behind.

JM was interviewed with her on screen boyfriend Andy Hui Chi On. She revealed that during this shoot she only had four days when she did not have a crying scene. Luckily the shoot became lighter as it went on, she even had an unprecedented sense of achievement. In addition, JM also had to perform topless, which was her most daring and least dressed time.

Did On Jai watch JM's nude scene? He said, "I was watching the monitor just like the director." Reporters jokingly asked if his wife Sammi Cheng Sau Man would watch this scene? He said, "Wouldn't she be unsupportive then? I haven't made a movie in so long."

As for Ka Tung slapping JM nine times, On Jai said that JM slapped him once. Also due to different shots it turned into three slaps. JM said, "Normally when I slap people we would need eight or nine takes, he is already very fortunate."

Si Hing only guest starred for a day as he played a fellow math genius with On Jai. In real life his math and science grades were the best. He said, "I would always make mistakes with dictation, after I got into the business I also often misread the lyrics. Finally I realized that I had a reading disorder."
Posted by hktopten at 12:51 PM