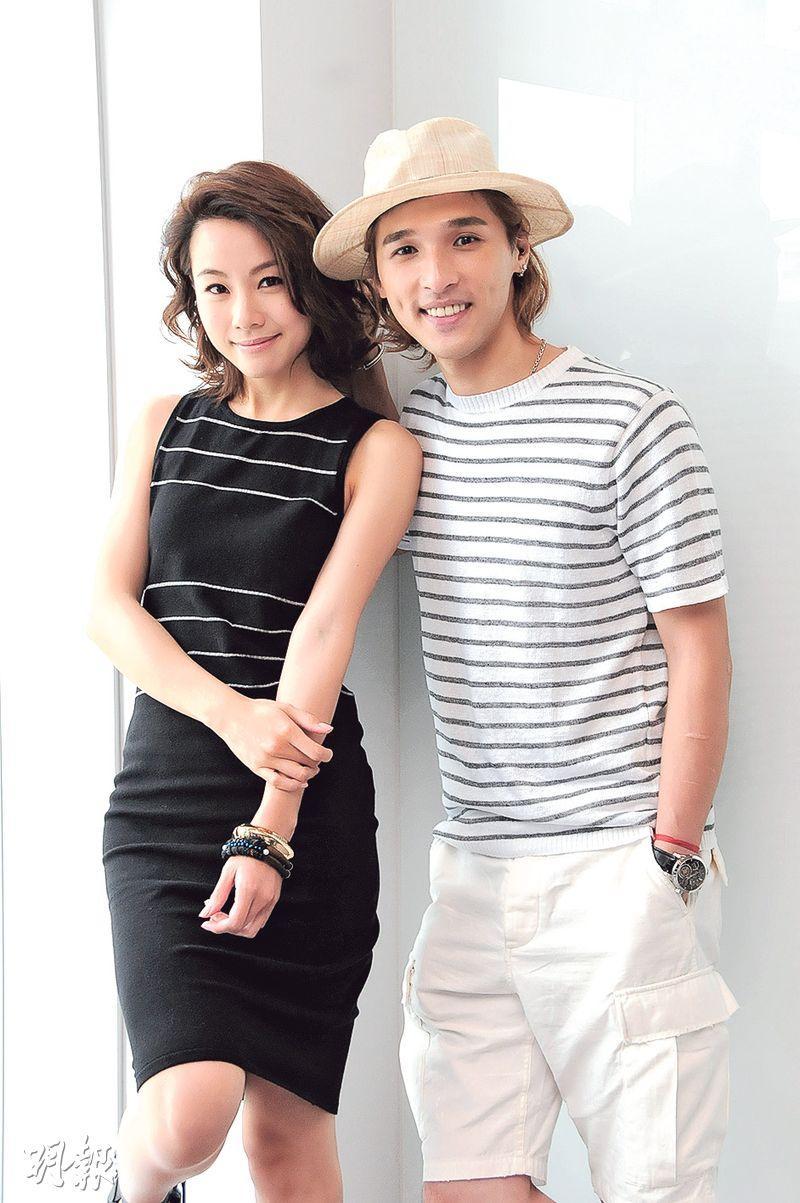 Stephy Tang Lai Yun and Wong Yau Nam in the film GUIA IN LOVE (DUNG TAP HA DIK LUEN YUN) played a couple for the first time. Stephy felt that it was rather strange to be in a romance with Yau Nam, because earlier they mostly worked together as "brothers" or friends. In particular this time they had a kiss scene, because they were too familiar they felt even more awkward.

Speaking of the kiss scene, Stephy stated that she has not informed her boyfriend. She said, "I have already decided long ago that I wouldn't tell him about any intimate scene to avoid any argument. (Would he mind?) No, he just doesn't want to know. If he has any intimate scene I would ask him to tell me." Stephy also said that her kiss scene with Yau Nam would only be a peck and nothing passionate. Once she thought that they did not capture the feeling and asked for another take. Yau Nam this time played a dealer at a casino and had a hour long training. He mainly learned how to take the money. Although romance was more comfortable than an action film, this time was opposite for Yau Nam. He had a fight scene and dove into a swimming pool. Luckily the result was also very romantic.

Although the film was shot on location in Macau, they did not try their luck at the casinos. Yau Nam said, "I don't have any luck with gambling, I am the leader of the fillet team. Once I lost 200,000 from an off plan property. After some hard days, I would only be more practical and save the money. I wouldn't dare to take risk with it." Stephy said that she was the "guiding light", when playing high low all anyone had to do to be right was to bet against herself. She said, "I don't have any confidence in pure luck. Instead I like playing mahjong because it has some skills to speak of. I can also chat with friends. I would be happier." Lately learning to play the stock market, Stephy said that the large fluctuations in the stock market also caused large fluctuations in her mood. However she believed firmly that as long as she did not sell she has not lost. The practical type, Yau Nam not only did not dare to gamble but also worked hard on creating a business. Over a year ago he worked with friends on the sunglasses business. He said, "It was only a small investment, I hope to start slowly. In the future I will be able to buy a home for the family."
Posted by hktopten at 9:28 PM