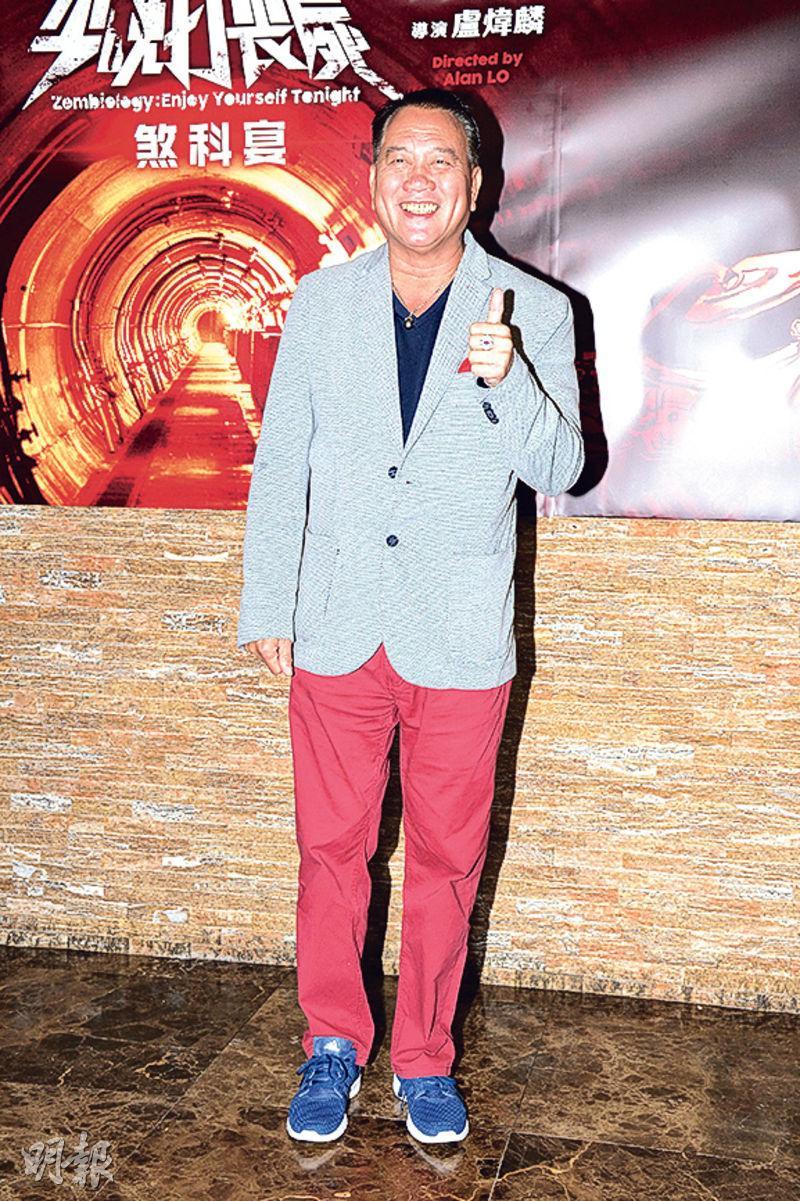 Was he afraid that the pregnancy was less than three months and the baby would be petty? Ah Chung said, "If I can't say then I really can't say, thank you for your blessing. My wife and my family are all very happy. When I have something I can say then I would say it!" Was Kay getting fat and hence the "belly"? Ah Chung protected his wife and joked, "As a husband I can't see it at all, my wife is so hot!" He also said that his wife has been eating and traveling everyday on her vacation, felt great and very healthy. She was just as high quality as she ever was. As for parenthood plans, Ah Chun admitted that he would welcome it. They already had a plan and if they truly had good news they would announce it to everyone.

Man Chi Leung said that this time he had many flirting scenes with Ng Ka Lai. With his diabetes, he got to work every other day so he would have ample rest to perform. Bak Ji and Ngan Cheuk Ling worked as a couple for the first time, did he advise them not to only focus on dating? Man Ji joked, "I am not their parents, I feel the new actors all perform outstandingly."

Man Ji will turn 60 in July. He said that he already had plans to try either directing or producing. He said, "Nothing has been set yet, because I plan to work until 66. My son will be 21 then. However acting can't accommodate my health and may not be as successful. So I still plan to retire next year at 60. If I can I will fulfill my wish of directing a film and then producing a television series."

Bak Ji and Ngan Cheuk Ling worked as a couple. Did they argue over the performance or did their relationship improve with time? Bak Ji said that he and his girlfriend had academic discussions. The growth of their relationship had nothing to do with the movie. Because they have not been dating long, it still felt very fresh. Ngan Cheuk Ling would not mind working with her boyfriend again. Bak Ji chimed in and said that he looked forward to it very much, but he did not want to attract jobs with his relationship. When they made this film the team did not know that they were dating. Mainly they wanted to do what actors should do.
Posted by hktopten at 5:22 PM