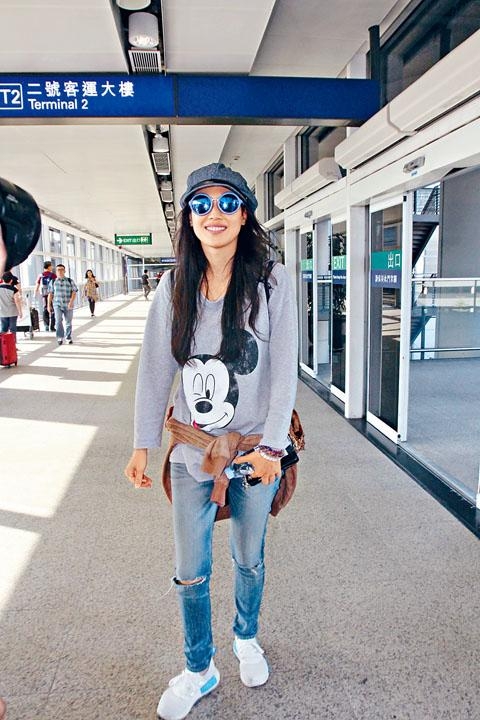 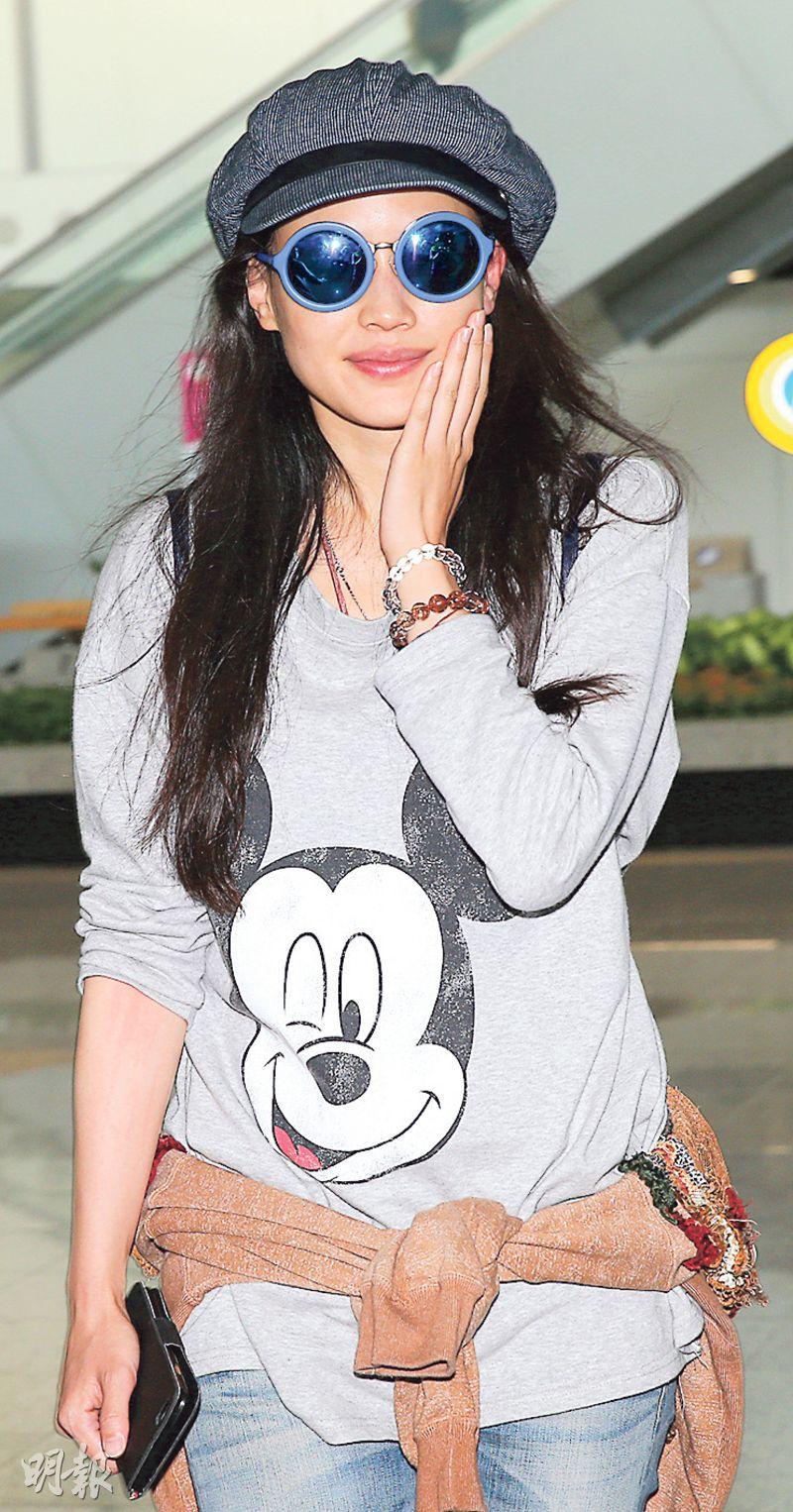 Shu Qi earlier went to Prague to work on the Stephen Fung Tak Lun directed new film THE ADVENTURERS (HUP HAK LUEN MUN), during which they announced that they were already married in the beginning of the month and shocked the world. Recently this film finally wrapped for the couple.

Fung Tak Lun yesterday morning posted a group photo with THE ADVENTURERS team online to announce the production wrap. "THE ADVENTURERS wrapped up in Prague, thank you very much for your efforts everyone!" In the photo, lead actress Shu Qi stood next to her husband Director Fung. The newlyweds smiled very happily. Shu Qi even raised the victory sign in excitement and stole the spotlight. Even Andy Lau Tak Wa and Tony Yang seemed to have become "pedestrians".

Yesterday Shu Qi arrived at the Hong Kong International Airport with two assistants but no Fung Tak Lun. Shu Qi looked tired from the long flight but kept her smile to the media. Shu Qi did not reply to any question. She was in such a hurry that she went the wrong way, but she did not notice until reporters reminded her.

Lead actor Lau Tak Wa also returned to Hong Kong yesterday. The media also surrounded him. He said that Shu Qi and Fung Tak Lun did not officially notify him of their wedding. He was happy for both of them because they were very well matched. Would he urge them to have a baby? Wa Jai joked, "Why would I dare to do something like that?"

Wa Jai and Huang Xiaoming's comedy MISSION MILANO will be released at the end of the month, in the film they let go of their existing "god" image for laughs. Xiaoming put a lot of effort into his performance, when he got poked in the nose and had to eat live bugs he never complained. Wa Jai also praised Xiaoming as very focused and wilder than himself.
Posted by hktopten at 8:37 PM