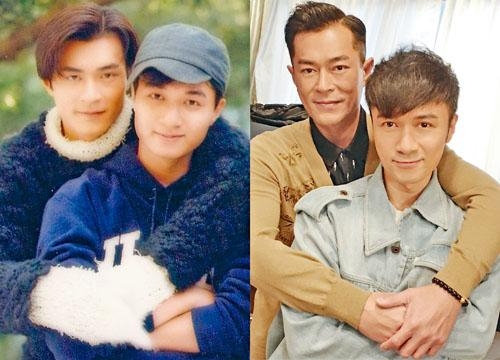 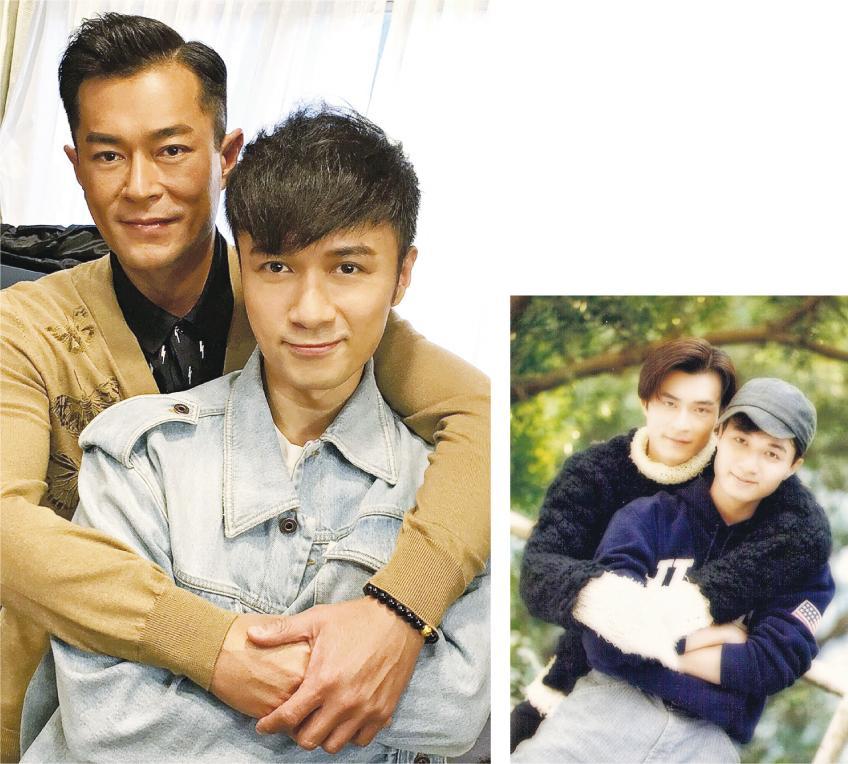 Leo Ku Kui Kei and Louis Koo Tin Lok in honor of "Gor Gor" Leslie Cheung Kwok Wing's 60th birthday performed together for the first time Gor Gor's classic hit PAST LOVE. They only found a valuable photo from their past and bought the film right to A BETTER TOMORROW (YING HUNG BOON SIK) for the music video, which will be released online at midnight on the 12th.

Gei Jai said that he was thinner and more handsome than before, while Goo Jai was more tan and cooler. Goo Jai said that returning to the recording studio after over a decade felt toughing than acting. Gor Gor back then praised them by name, which enabled them to work together this time.
Posted by hktopten at 5:53 AM