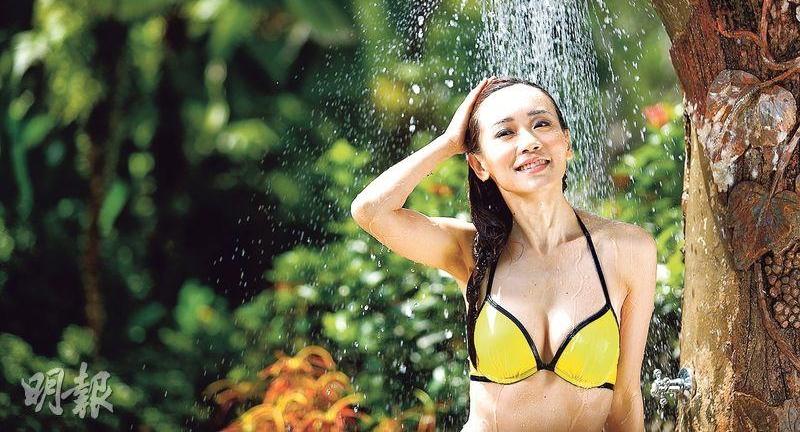 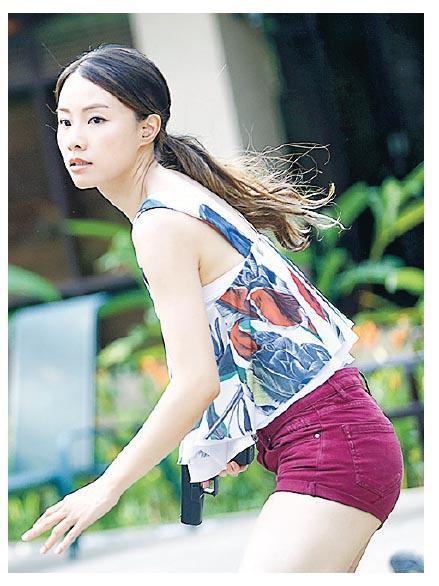 SPECIAL would mainly depict this group of new special police cadets, who would avenge the female cops who failed on a mission 20 years ago. Thus the film opened with the previous generation of female cops including Stephy Tang Lai Yun, Shirley Yeung Szeki, Hazel Tong Chi Yui, Jessica C., Rose Chan Ka Wun and Margiela Kwok Sze Lam on a mission. The beauties in order to capture terrorists waited for their target by a Thailand hotel pool. Szeki, Hazel, JC and Sze Lam all wore sexy bikinis.

Playing "Little Fong", Stephy was very reserved in comparison as she appeared in tank top and shorts. Later several beauties' target appeared and began a furious gun fight near the pool. Szeki personally performed her fight scenes. She was so focused that she even injured her finger.

Szeki said that the film production was rather challenging. She said, "Charlie gave me the opportunity to fight, so I tried to do as much as I could. The funniest was Hazel said I had abdominal muscles. Actually I really had a little, maybe because I carried my daughter a lot. During the shoot I was injured, in one scene my finger got caught. It hurt so much that it felt like I lost the finger." Szeki normally liked to be all covered up, this time she made a rare appearance in a bikini for the fight scene. She said, "That's right, so the swimsuit was completely secured. At the time I was the only mother within the group. Charlie even said, 'You are great, I don't sense that. You look very young'. My self confidence immediately came back."
Posted by hktopten at 12:54 PM