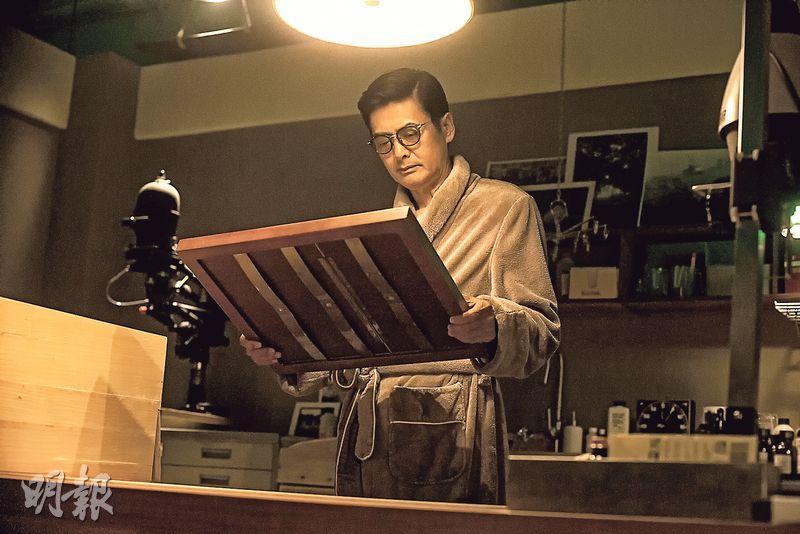 Chow Yun Fat yesterday appeared with Aaron Kwok Fu Sing and Eddie Peng Yu-Yan in Singapore to promote COLD WAR 2 (HONG JIN II). Speaking of the scene in which Sing Sing pushed a tied up Eddie into a car, Eddie complained, "I pushed me like I was salted fish!" Fat Gor stated that Sing Sing was "getting revenge on the job". "He was deliberate, because Peng Yu-Yan is so good looking!" Fat Gor showed off his humorous nature, which left the two younger stars not knowing whether to laugh or to cry. He made Fat Soh Jasmine Tan cracked up nonstop in the audience.

Two Best Actors often traded compliments. Sing Sing said, "Fat Gor is my childhood idol!" He also said that he learned to be friendly to people from Fat Gor. Fat Gor joked, "So you didn't treat people nicely before?" Speaking of working with Sing Sing and Tony Leung Ka Fai, Fat Gor stated that he had to "go to the next level". "This film has two Best Actors, I don't want to be Best Actor. I am the Jade Emperor, I am worth watching!"

The event also included Fat Gor's "God Class Selfie". Sing Sing joked that because of his concert choreography rehearsals he gave up his selfie abilities. Fat Gor immediately grabbed Sing Sing's hand and danced, as he demonstrated how to dance while taking a selfie. Aside from taking photos endlessly on the stage, Fat Gor even went to the crowd to take selfies with media friends and leaving this co-stars on the stage. He joked, "You two have a little chat first, I will be very quick!"

Fat Gor in the new film played a serious lawyer and also an avid photographer. Many of Fat Gor's friends offered their valuable cameras and even assisted in building a "dark room" set and expensive platinum printing equipment. Fat Gor would traverse between Sing Sing and Leung Ka Fai. Speaking of working with them, Fat Gor said that the two Best Actors were his "idols". "Kwok Fu Sing puts a lot of effort into his acting, better with each and every film. That is truly very rare; Leung Ka Fai is even more mature than before, with dignity and dominance."
Posted by hktopten at 3:21 PM