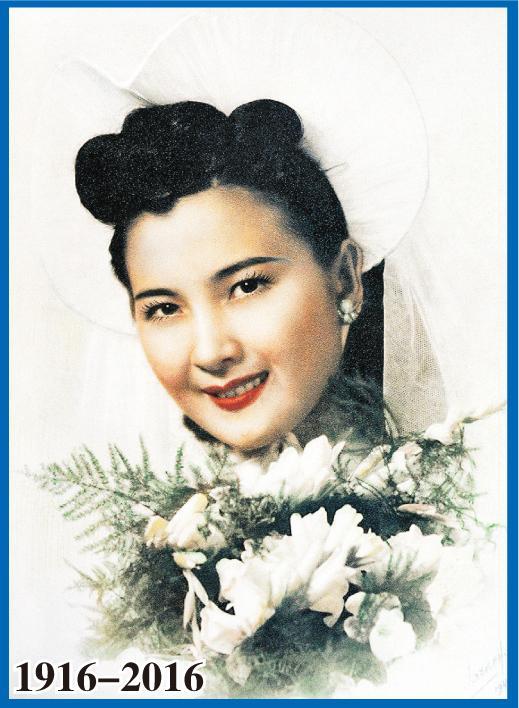 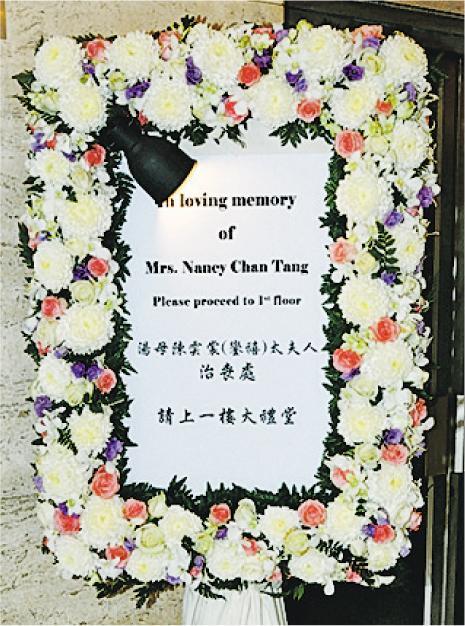 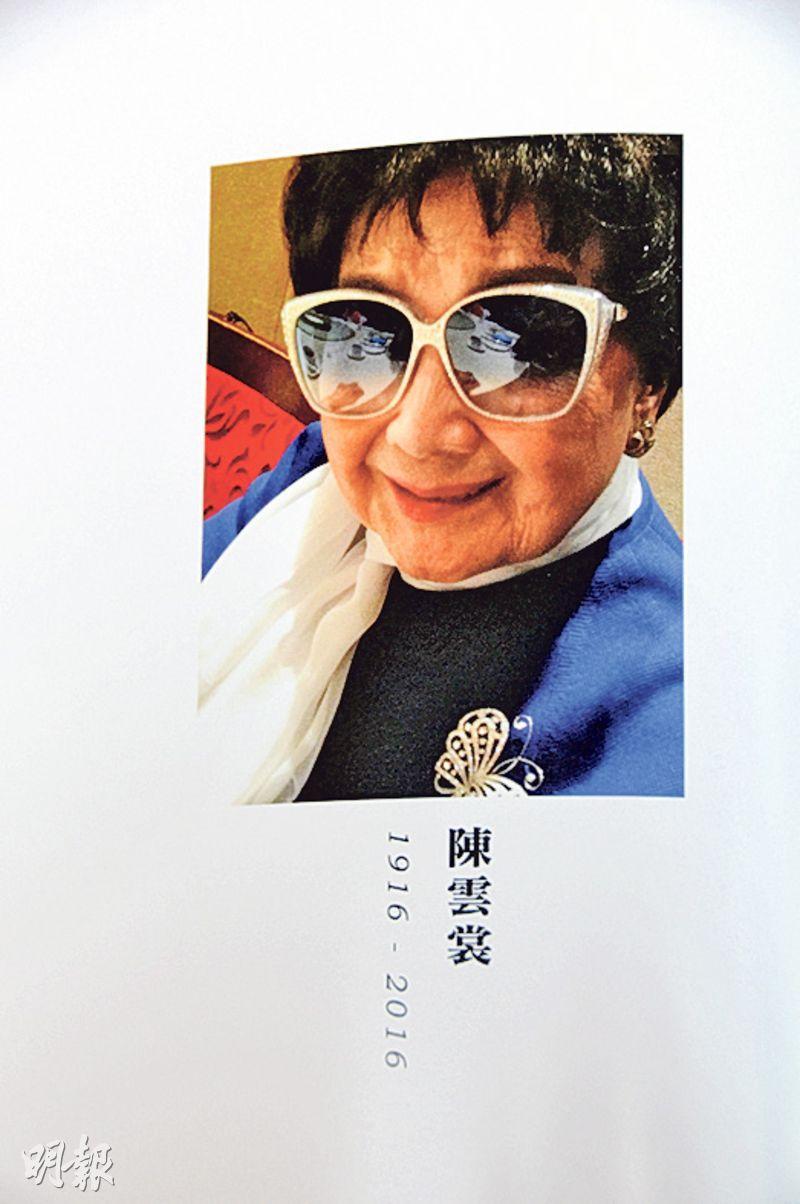 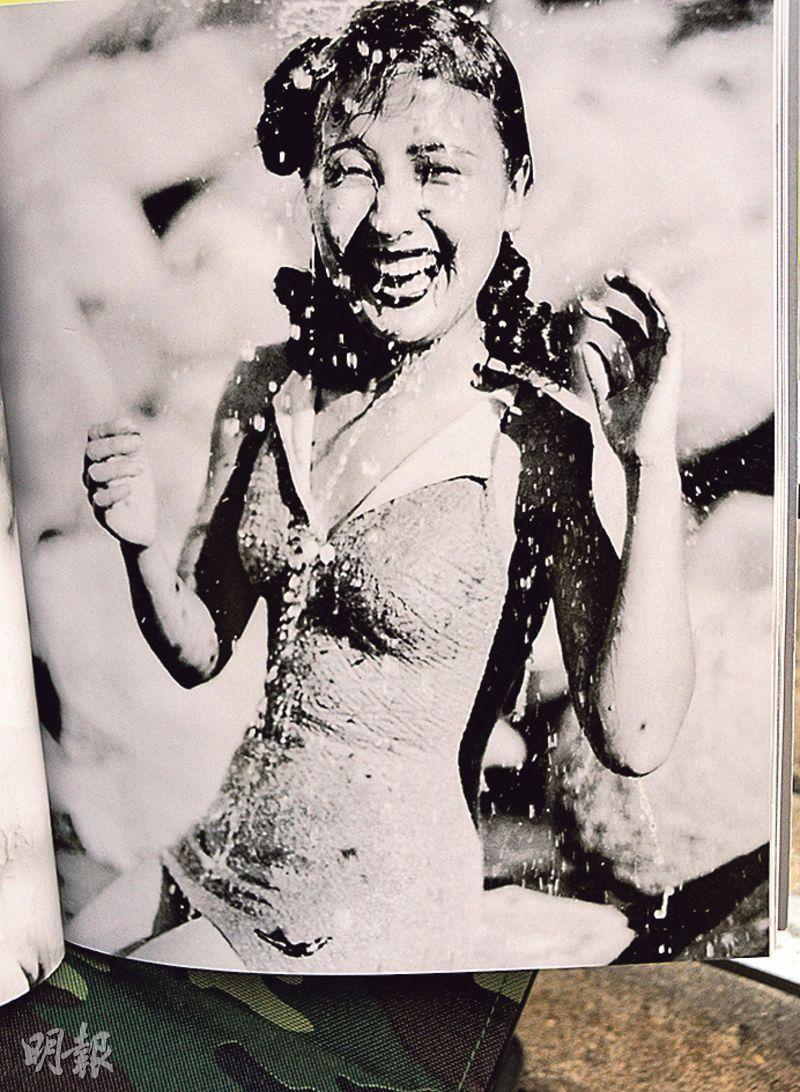 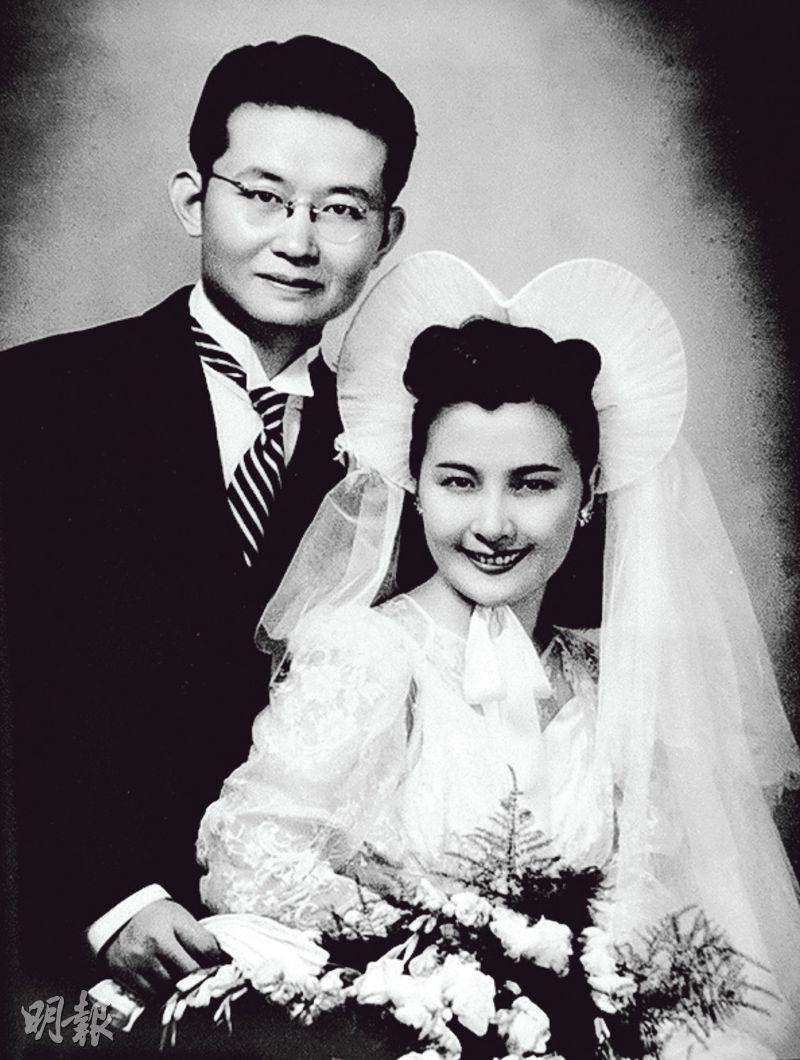 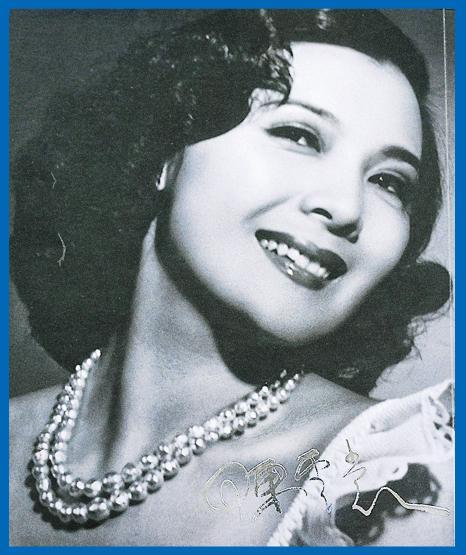 The China Film Queen for three years in a row, Chan Wan Seung passed away on the 30th at home in her sleep at age 103. Yesterday her family began services at the Hong Kong Funeral Home. Many came to pay their respects like Wu Fung and Petrina Fung Bo Bo.

Wu Fung yesterday came to bid his friend farewell. He said that he was already Chan Wan Seung's fan at age 7 or 8. He has seen her work. "Several years ago through friends' introduction I was fortunate enough to be a guest at her home. We also went to the Peak for tea. I know that she liked to play mahjong. Several days before her passing she was still very spirited and played mahjong with friends. We even made plans to meet for tea again, but now we have no way to make it happen."

The China Film Queen for three years in a row, Nancy Chan Wan Seung passed away in her Hong Kong home on the 30th at age 96. Chan Wan Seung has starred in MULAN JOINS THE ARMY, IT HAPPENED IN ONE NIGHT, SU WU HERDS SHEEP and over 50 films. Her popularity was unrivaled on the Bund and was as famous as Hu Die and Zhou Xuan.

The popular female star of the 30s and 40s, Chan Wan Seung passed away in her sleep on the 30th at age 96. Her funeral services will take place Monday.

In 1933, the 14 year old Chan Wan Seung was pretty and able to sing and dance. She joined a film company and began her show business journey. Two years later, Hong Kong director So Yi invited her to come to Hong Kong to make movies. In 1936 due to NEW YOUTH she became an overnight sensation. In 4 short years she continuously made over 20 Cantonese films.

In 1938, Chan Wan Seung caught the eye of benefactor Zhang Shankun and went to make movies in Shanghai. She started in the Mandarin film MULAN JOINS THE ARMY, played Hua Mulan and received good reviews. Because she became more famous, she rocked the Bund as a "Wan Seung" fever arose there. Not only many stores was named "Wan Seung" but some even established Chan Wan Seung fan clubs. Her every move became the index for trendy women. At the time Chan Wan Seung was as famous as Hu Die and Zhou Xuan. Since 1938, Chan Wan Seung won the China Film Queen honor for three years straight.

A few years after the fall of Shanghai, Chan Wan Seung made many famous films like SU WU HERDS SHEEPS and WILD ROSE. In the film based on Ba Jin's book HOME her role of Cousin Qin even received raves.

However, as her show business career reached its peak Chan Wan Seung in 1945 married Hong Kong director Tong Yu Hong and retired from the film industry. She returned to Hong Kong to focus on taking care of her family. Aside from in 1962 when she made movies for Hong Kong Hsin Wha Motion Pictures like THE MOON BLANCH'D LAND, for the past half a century she lived a quiet life in Hong Kong and rarely participated in community events. Thus the young and middle aged generation knew little about this superstar of a generation.
Posted by hktopten at 2:37 PM