[2016.07.25] AARON KWOK DRIVES THE AUDIENCE CRAZY WITH A SURPRISE APPEARANCE 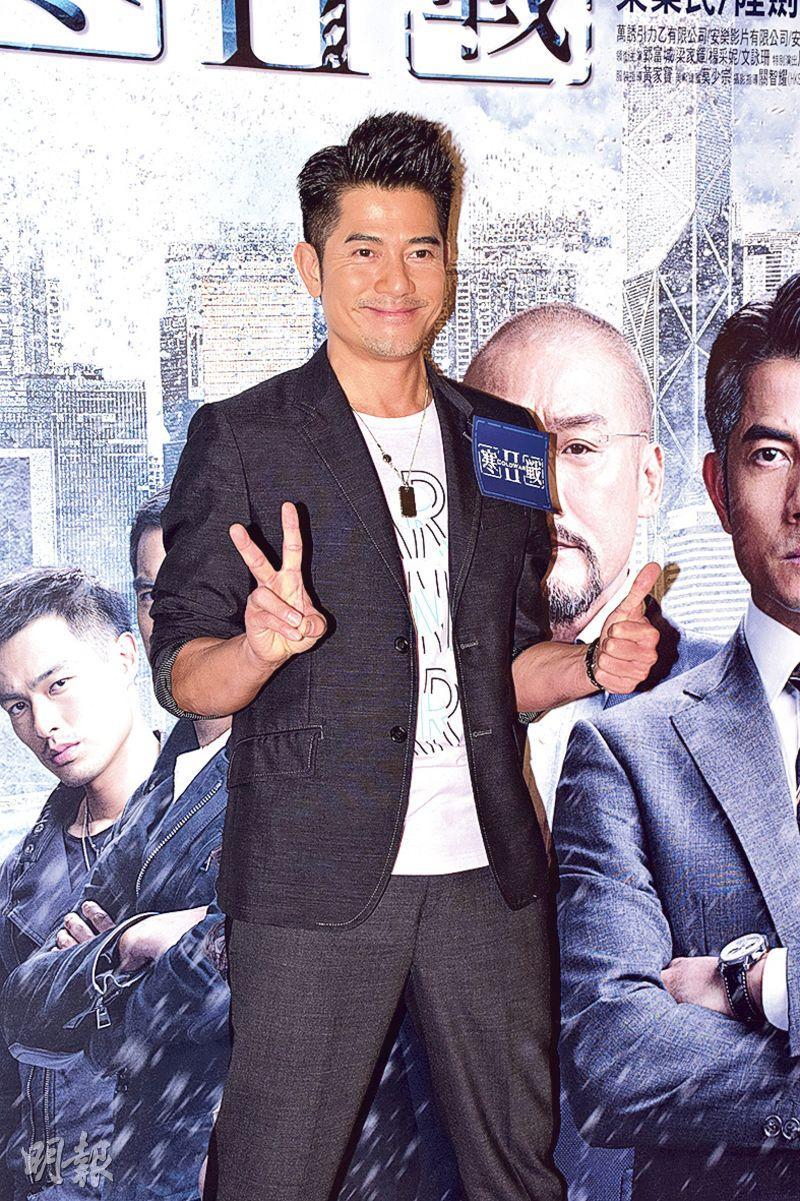 Aaron Kwok Fu Sing, Chow Yun Fat and Tony Leung Ka Fai, three great Best Actors, starred in the film COLD WAR 2 (HONG JIN 2). Since its release it has performed well at the box office. As of yesterday it has already reached HK$ 57 million and would be able to break the film YOU ARE THE APPLE OF MY EYE's HK$ 62 million box office record to become the Chinese film box office champion. The film in the Mainland also made a mad 640 million yuan RMB. Sing Sing yesterday took time to attend a Kwun Tong cinema audience appreciation event with directors Sunny Luk Kim Ching and Longman Leung Lok Man.

Sing Sing yesterday suddenly appeared at the movies, much to the surprise of the audience. He not only played games and gave away film prizes but also took photos with the audience. Some in the crowd even called him by his character nickname from the film. Sing Sing also greeted the audience, "People of Hong Kong, how are you! You all have a part in the film's performance today." Sing Sing asked the audience questions about the film. A viewer asked if the amount of the bribe HK$ 50 million had any special meaning. Sing Sing humorously answered, "It's the boss' budget for the third film." A viewer asked if Sing Sing would become the Chief Executive. Sing Sing said, "No, I like being the top cop."

Currently busy with his concert rehearsal, Sing Sing admitted that he took three hours off for the audience appreciation. He happily said, "I will have other jobs later, I may not be able to personally attend any more audience appreciation. This performance absolutely is a team effort. I hope the audience would show more support, watching it again and again. I don't have any expectation of how much the final box office will be. We will talk more after the record is breaking, even by a buck it is still broken." Leung Ka Fai said that if Sing Sing will not be able to attend the film celebration, he would go to his concert to celebrate. Sing Sing joked, "With 12 shows he is welcome at anytime."

Director Luk Kim Ching said that after a short break he would study the COLD WAR 3 script with Leung Lok Man. He said, "New actors will keep joining the cast in hopes of setting off sparks."
Posted by hktopten at 7:04 PM