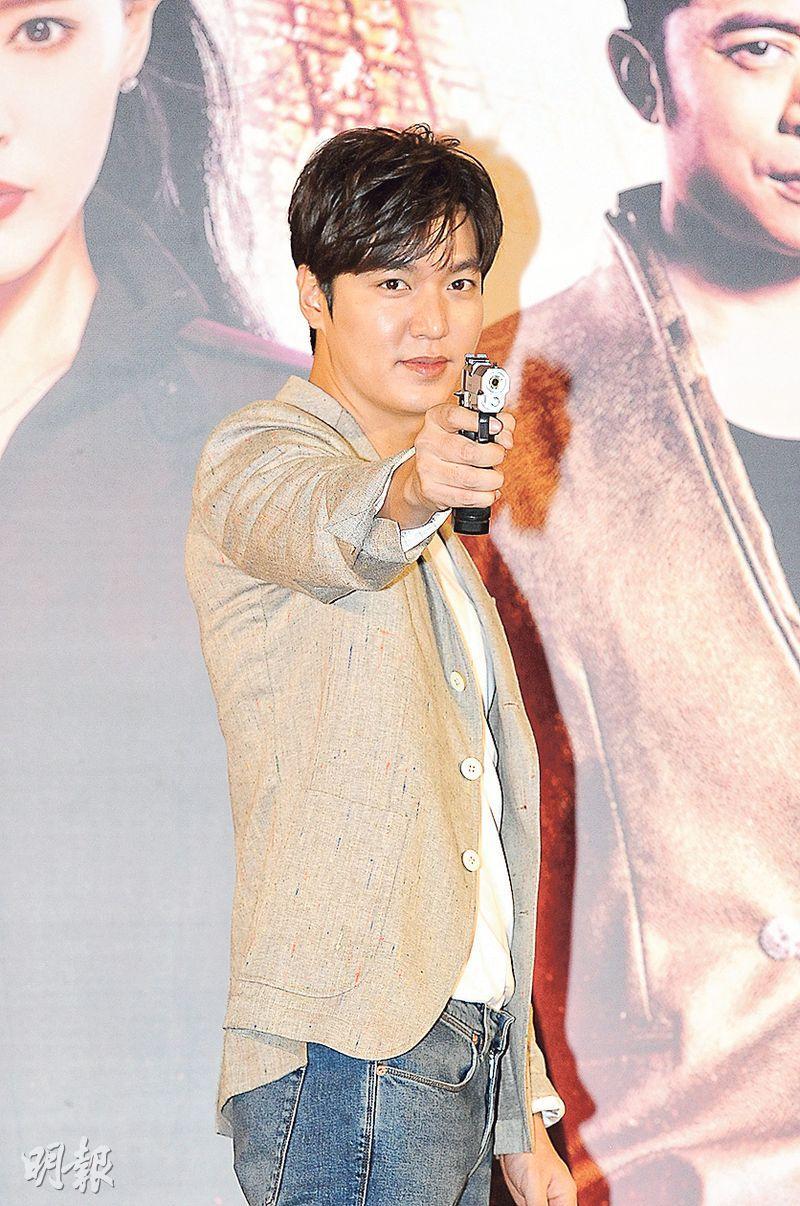 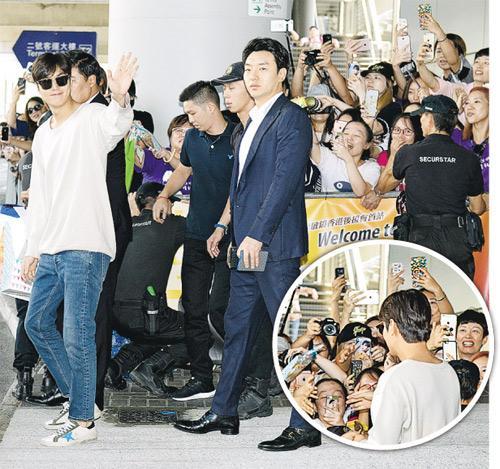 Lee Min-Ho yesterday came from Korea to Hong Kong to promote. He and Mainland actress Tang Yan appeared at last and fans shrieked. In denim, Lee Min-Ho smiled and waved to the fans and said in Cantonese, "How is everyone, I am Lee Min-Ho. Long time no see!" He also praised the beautiful Hong Kong sky, each time he came he really wanted to take a boat to enjoy the Hong Kong scenery.

As for BOUNTY's box office expectation, he pointed out that the film was popular with fans and hoped that it would be able to leave everyone with a good impression. This time Lee Min-Ho played a security officer who had to complete his mission. He had his share of wire and action stunts, but with the assistance of the crew his performance was rather satisfactory. Tang Yan said that she had fight scenes too. Before the performance she would first train and practice, so the shoots went rather smoothly. Speaking of the on screen romance, in one scene they were trapped in a narrow trunk. Tang Yan said, "The trunk is very small and the two of us are tall, so it is a little difficult and a tight fit. During the shoot the atmosphere is a little awkward, but the performance isn't stressful at all!" Lee Min-Ho said, "The space is very small and very tight, inside I can only smell her perfume. It is a little embarrassing, but the shoot is OK!" Later the event arranged for the leads to make gun holding poses for photos. Fans naturally lost their minds and screamed. Finally, the director took a selfie with the actors.

Ng Chin Yu, Fan Siu Wong and Tsui Ching Hei played games with fans. Chin Yu said that fans of "Oppa" from everywhere were absurd. Everyday on the set a catering truck would provide coffee and snacks, from breakfast, lunch, dinner to late night snacks it had everything. Fan Siu Wong said that the film made 200 million in the Mainland and he hoped that a sequel would be made. Aside from the original team strong additions could be made. Reporters suggested adding Raymond Lam Fung. Chin Yu laughed and pointed at Siu Wong. "Add your wife (JJ Jia), she came to visit the set too!" Who was more handsome between her boyfriend Lam Fung and Lee Min-Ho? Chin Yu said, "You always ask that, how do I answer you? He (pointing at Fan Siu Wong) is the most handsome! Actually both are pretty, both have many fans!"

Fan Siu Wong said that in the film he took over a dozen kicks from Lee Min-Ho. In private he asked and learned that he has studied Tae Kwan Do. No matter he was so serious and strong. Did he strike back? Siu Wong said, "No, but I did kiss him, mouth to mouth. It was both his and me guy kiss, but it was just for laughs. It was shot between the space of touching and not touching with positional photography!"

Boss Wong Pak Ming asked Lee Min-Ho to perform because he was the most handsome, the tallest and the best fighter. Every time fans heard his name they would scream once.
Posted by hktopten at 3:53 PM