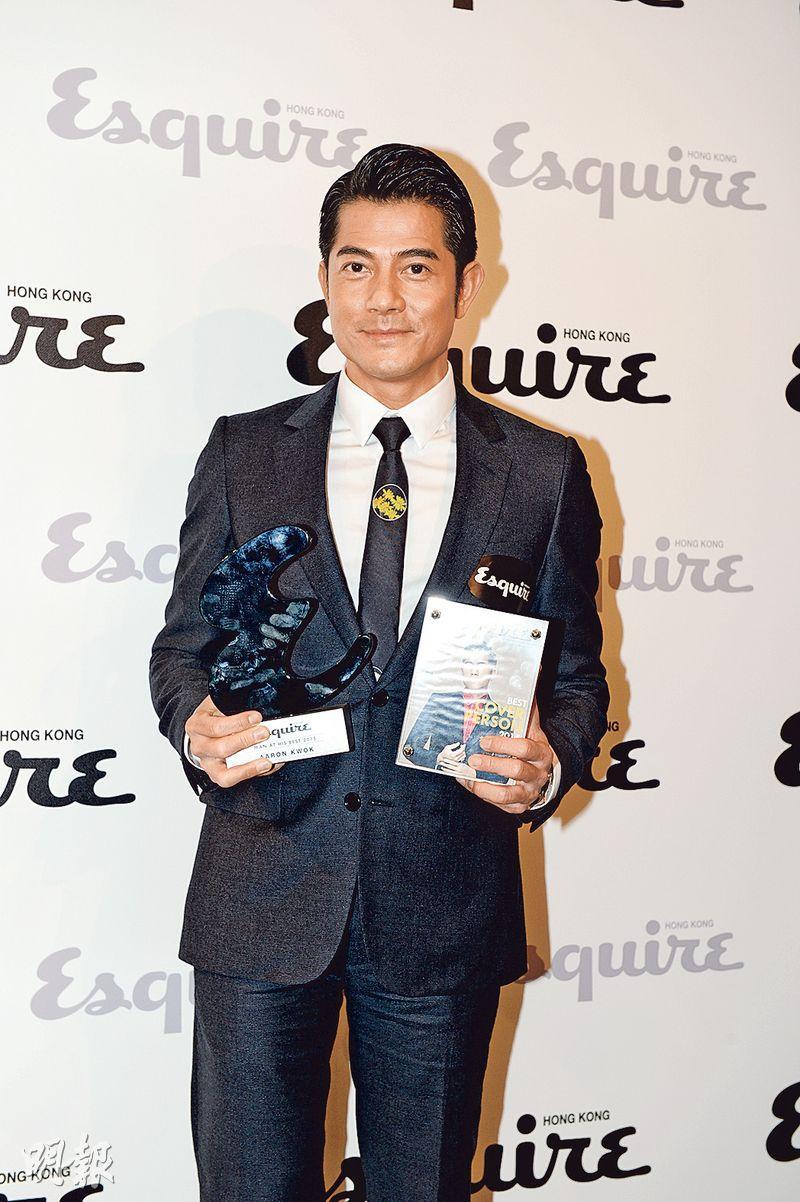 Aaron Kwok Fu Sing who just announced his relationship with his Shanghai girlfriend attended a men's magazine award party last night. He admitted that when life reached another stage he had to change his lifestyle, as he hoped that by announcing his relationship he would be able to receive everyone's blessing.

Bak Ji made the jump from the stage to the film industry. They were drastically different performance methods. A play could have many rehearsals, a movie required getting into character immediately. He thanked the director, who in the end arranged for him to rehearse first before the official shoot so he would be much more at ease. Bak Ji in the film had intimate scenes with Chun Xia. Only he felt that Sing Sing's prison visit was the entire film's major scene. Facing this two time Best Golden Horse Best Actor Award winner, Bak Ji admitted that he had a lot of pressure.

Sing Sing said, "I understand that when he sees me he has pressure. Because I am a two time Best Actors, we aren't posing. Actually titles are just smoke and mirror, the most important how to perform well." Bak Ji for the character did a lot of homework, which he realized that by the shoot was useless. "He is the character, he already has locked onto me and makes me feel that the equipment and the crew on the set all disappear."
Posted by hktopten at 7:55 PM