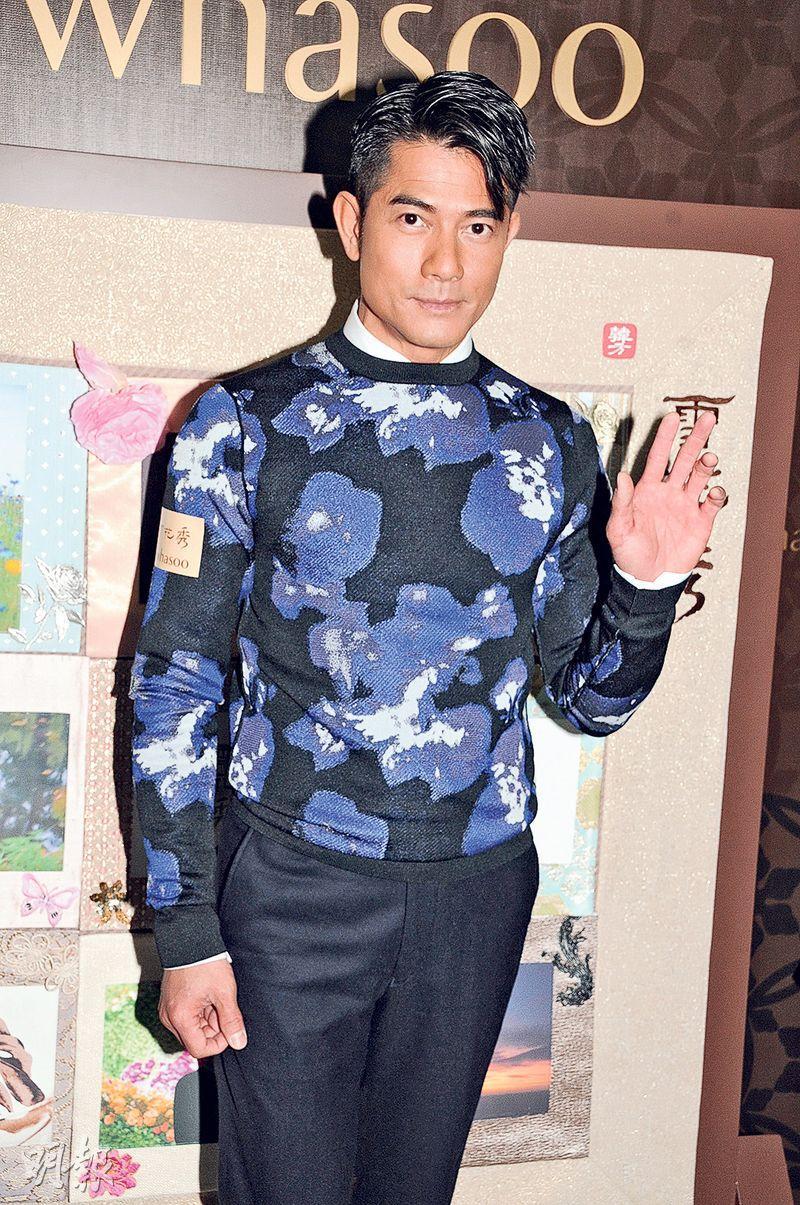 Aaron Kwok Fu Sing yesterday attended a charity event. He also revealed that he will work on the spy film ETERNAL WAVE (SUN WING BUT SIU SAI DIK DIN BOR), which will be based on a true story. In the film he will play an intelligence agent and will have many different looks. He not only will have to appear in make up to look old but also in a beggar disguise. Sing Sing said that with the advanced technology he could play a teenager if he had to.

Would his recent good mood made a heavy character hard to get into? Sing Sing said, "I know that everyone cares about me, I care about everyone too. I hope everyone would be happy, respected and live openly." He said that he has said what he wanted to say, as life consisted of many things. Now he felt that work was the most important so his personal life should be left back to him. Did he zip up because of the negative online criticism? Sing Sing stressed that he has said what he wanted to say. In the future he hoped that everyone would give him more space. He will only talk about work at events and nothing personal. As for marriage, he said, "This is another stage! If I have any happy news I definitely would make an announcement."

While Kwok Fu Sing has never worked with Ko Chun-Hsiung, he met and shook hands at the Golden Horse Award 50th anniversary. Sing Sing said that he was an excellent actor who already proved that he was a great actor with two Golden Horse Best Actor awards. The news saddened Sing Sing, who believed that his work would always endure for the next generations to study. Sing Sing also lamented that life was ever changing. Everyone should cherish what they have now and live in the present.
Posted by hktopten at 3:44 PM