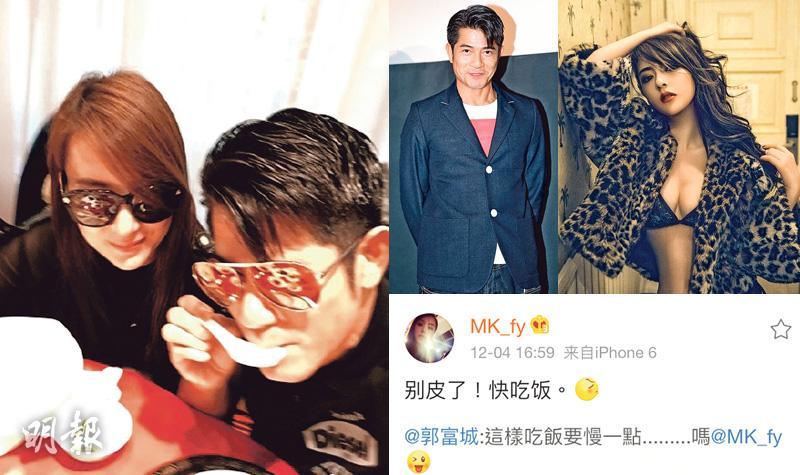 Aaron Kwok Fu Sing's new film PORT OF CALL (DAP HUET CHUM MUI) last night held an audience appreciation event. Originally Sing Sing was not on the guest list, but Sing Sing in the end attended with Elaine Jin (Kam Yin Ling), Michael Ning (Bak Ji) and Maggie Siu Mei Kei. When Sing Sing appeared the cheer was endless. Speaking of posting photos of his lunch date and the subsequent media ridicule of his "eat a little slower" comment, Sing Sing with popcorn in his mouth only smiled. Has his girlfriend watched his new film? Sing Sing said, "She saw it, of course she praised it. Every actor did very well. (How did your girlfriend feel about the film?) No comment on personal stuff. (Is your girlfriend in Hong Kong?) No comment. (The film has two versions, did you watch both with your girlfriend?) I don't have to ask my girlfriend of her opinion on everything, work is work, life is life. Ask me anything about work!"
Posted by hktopten at 1:23 PM