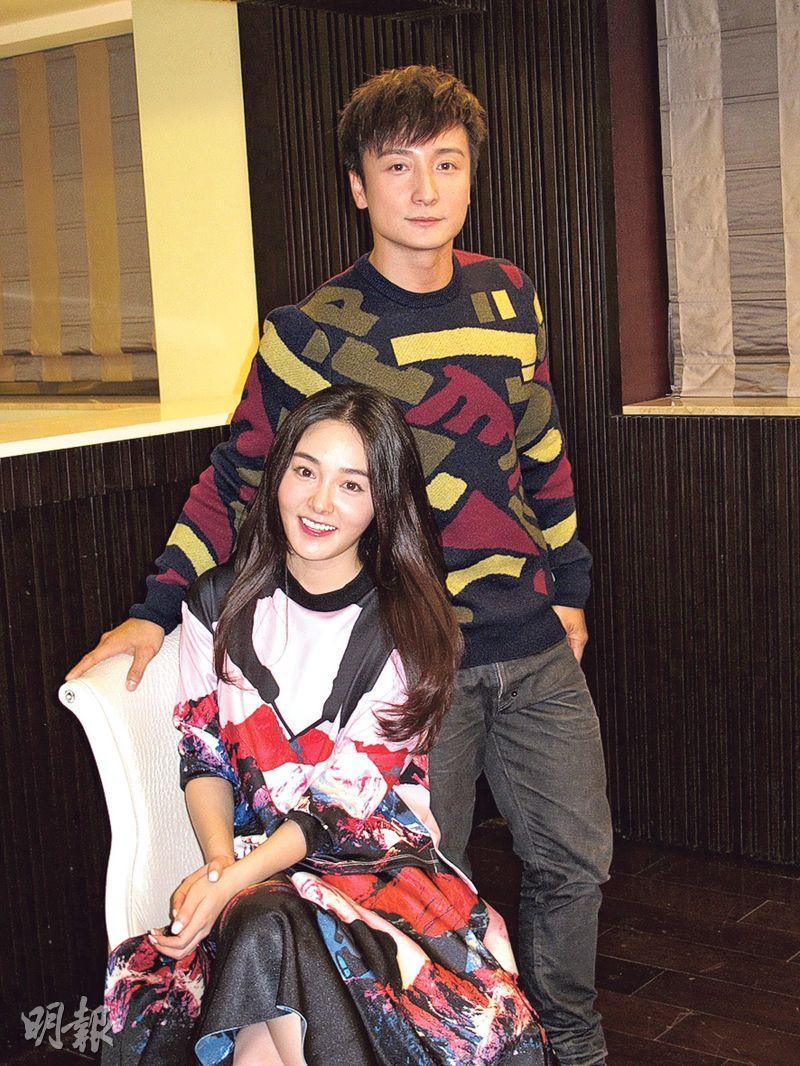 Alex Fong Lik Sun and Stephy Tang Lai Yun ten years ago became a classic couple when they worked on the Patrick Kong (Yip Lim Sum) directd film MARRIAGE WITH A FOOL (DUK GA SI OI). Recently the trio worked together again in the continuation of the film, ANNIVERSARY (GEI LIM YUT). Siu Fong and Stephy played a couple who has been married for ten years. He ran into Joy Shing Long Hei. Siu Fong said, "First Joy is younger than my wife, in addition mature men really need someone to praise them. My character and Joy play magic tricks together, she is always praising how talented and amazing I am! This praise makes me feel my sense of existence much stronger!" In real life would he and Stephy praise each other? Siu Fong said, "I would look for spots to praise her, praise how well she plays volleyball, how amazing she is to be able to do ten push ups. (What does she praise you the most on?) Hmmm......she praises me on how much I can eat, I can eat everything without having to worry about getting fat!"

Did Stephy supervise the intimate scenes? Joy said, "Luckily not, actually I was a little nervous. She taught me a lot. (Are you afraid that Stephy would be mad?) I got the initiative to get to know Stephy, I apologized to her first."

New comer Cherry Lam Siu Mei earlier in the film ANNIVERSARY played a large role. With a lack of acting experience she felt the pressure. "I was really worried that I wouldn't perform well, so I would familiarize myself with my lines and look for people to rehearse with me. However Stephy was very nice, which made me much looser during the shoot. I learned a lot from her."
Posted by hktopten at 5:50 PM