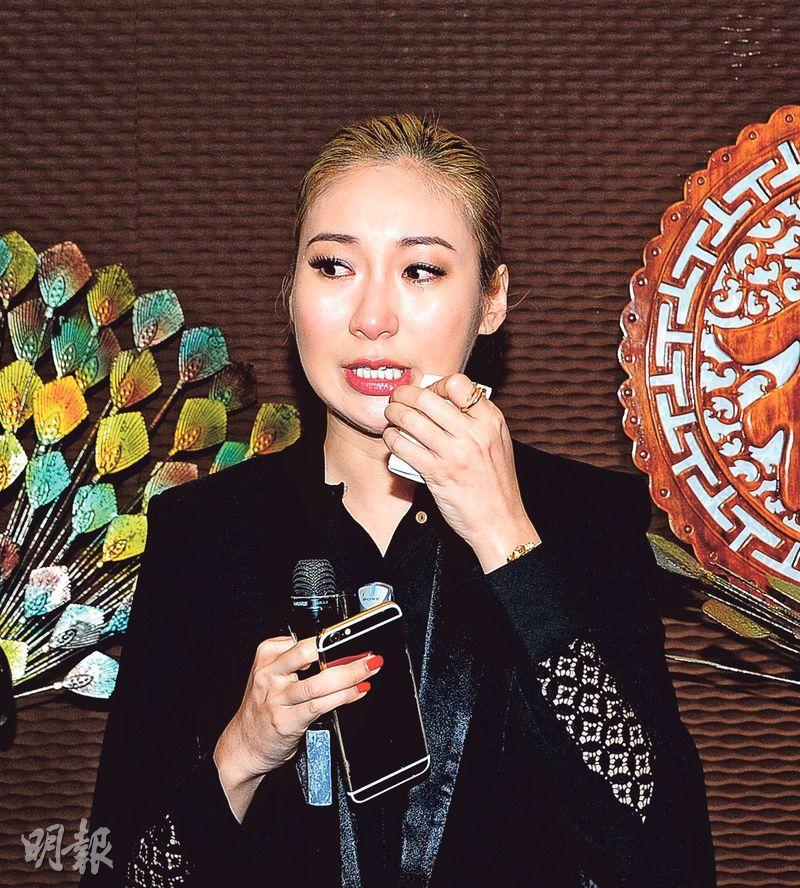 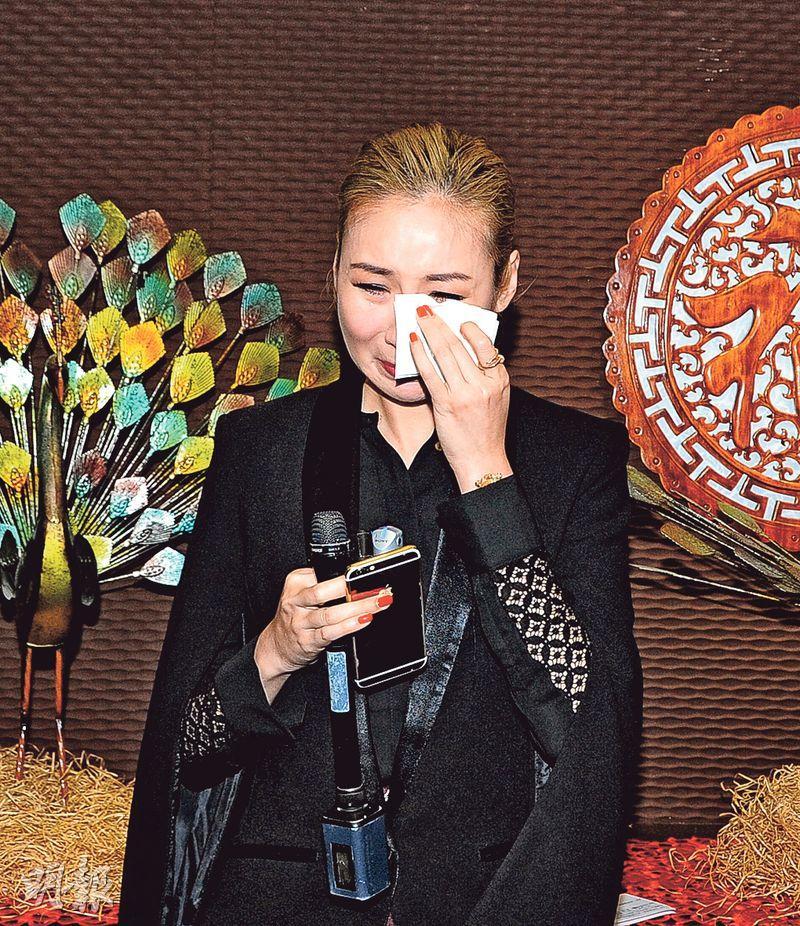 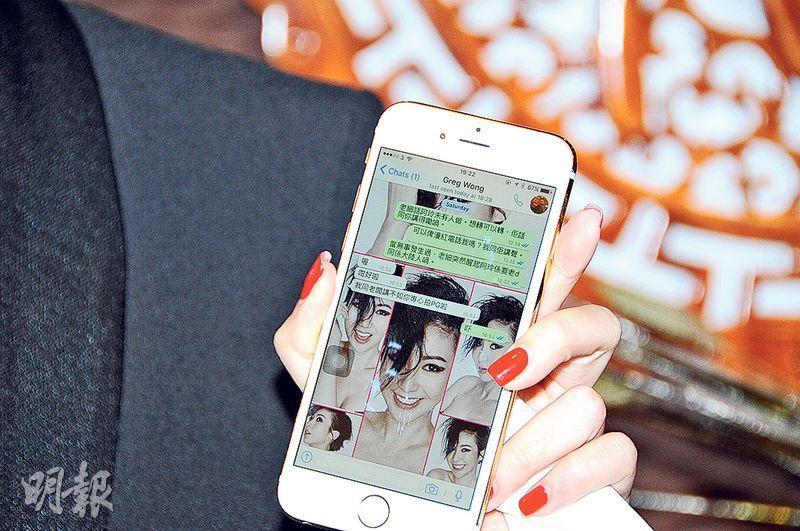 The film SUN HUNG TAI BO 2015 last night held a wrap banquet. Attendees included Sean Lau Ching Wan, Louis Koo Tin Lok, Jacquelin Chong Si Man and others. Chong Si Man and Gregory Wong Chung Hiu recently had a war of words online. Last night when she mentioned it she broke down and even said that she and Wong Chung Hiu from now on were no longer friends.

Speaking of her war of words with Wong Chung Hiu, Chong Si Man said that since they were colleagues, she was somewhat embarrassed about having to respond. Yet she indeed was upset by the matter. After that she broke down. Chong Si Man said that the war of words started with a character. Boss Stephen Shiu Jr. would start production on the film THE MENU (DOH FOR SUN MUN SIN). Originally she was to play a reporter, but lately she has been cast as a negotiation expert. Yet she was working on another film PROMOTION GIRL (PG LUEN OI JI YUN) at the same time. This film's character required her to dye her hair blonde, but her negotiator role could not dye her hair blonde. Thus she spoke with the director that she could wear a wig or use black hair coloring.

Chong Si Man said, "But Mr. Wong insisted that I was not suitable to play the negotiation expert and told me to play the reporter again." She even took out her phone to display their conversation. He said, "I told the boss, why don't you focus on making PG." Chong Si Man said, "Since he can be so righteous, I too can be open to tell everyone about it." She admitted that she felt wronged as she did not understand why anyone would do this. She said that how could an actor kill people's chance to perform. She reiterated that she never said that she was unwilling to accommodate the character. As for how would the matter be resolved, Chong Si Man said that she did not know. Since she has already spoken, they would understand.

Were they still friends? Chong Si Man said, "We never were, we are not now and won't be in the future." She also said that even as the negotiation expert she had no scene with him. She did not understand why he cared about her character, what qualified him to challenge and evaluate other people's acting. Some said that Wong Chung Hiu wanted to protect that film. She said, "Why would I want to destroy a movie?" Has the boss been the mediator? She said that she had no direct contact with him.

Two time Best Actor Lau Ching Wan agreed to be the Hong Kong Film Award host next year. She said that over the years people who participated in the Hong Kong Film Awards were volunteers. This time Derek Yee Tung Sing asked him, he felt that he should help so he agreed; he admitted that he had pressure because he had no idea what this job did. Reporters joked that a host had to speak, Ching Wan joked, "I excel at this the least. (You have to repay the favor after winning two Best Actors.) Yes. I even sat in the audience for over a decade, I have to help." Would he ask friends Anthony Wong Chau Sun and Dayo Wong Tze Wa for advice? He said that it would be useless. He joked that everyone might see the host who spoke the least. Would he ask his wife to be his co-host? He said that he would not use a couple as a selling point. Then he could ask Goo Jai since both were like a "block of wood". Ching Wan joked, "That's pretty fun! Why don't people vote online and see what new ideas they can come up with."

Speaking of the film, Ching Wan said that the film was about Chan Chun Chi's experience after quitting drug use. The film had drug use scenes. He had to play the character from youth to middle age, as his weight went from 110 pounds in his youth to 170 pounds. His thin look in his youth would have to rely on special effect. Goo Jai said that Ching Wan actually had quite a sense of comedy. He too wanted to see him as the Hong Kong Film Award host. He has not considered hosting himself though because he did not know how to speak.
Posted by hktopten at 4:05 PM