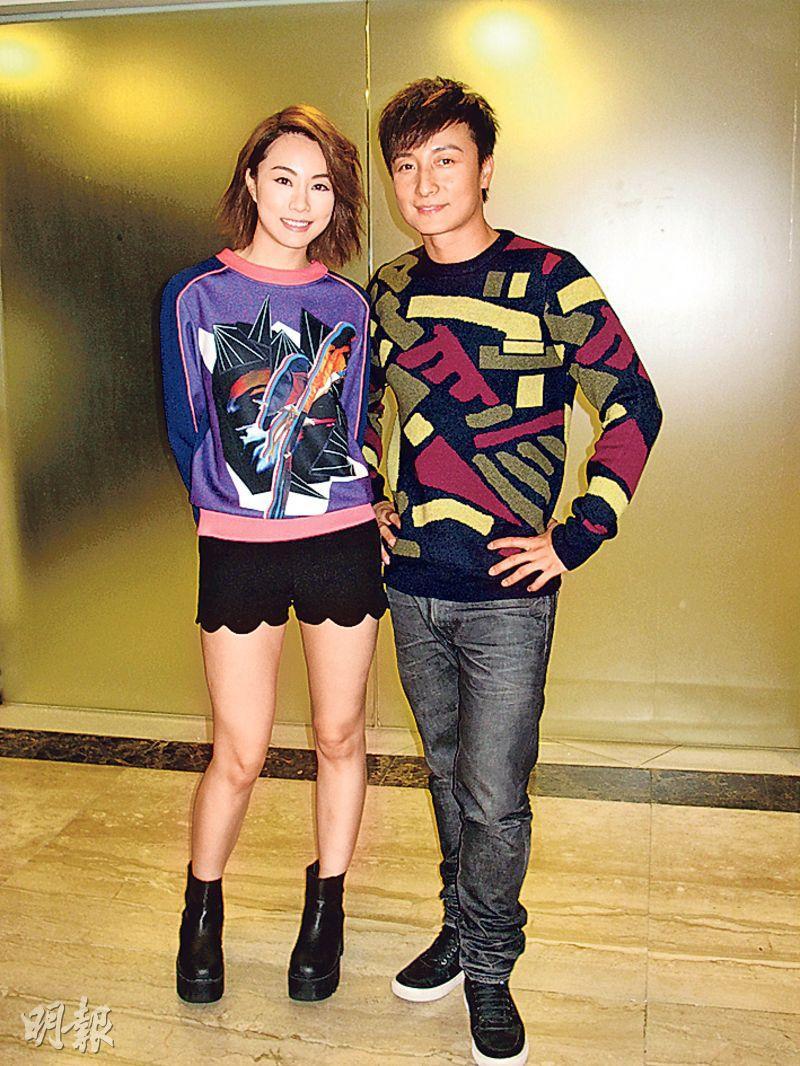 Stephy Tang Lai Yun and Jun Kung Shek Leung in the Patrick Kong (Yip Lim Sum) directed new film ANNIVERSARY (GEI LIM YUT) played ambiguous. Stephy revealed that she "named" him to the role, hoping that the character would be completely different from her other half Alex Fong Lik Sun. "I want to choose someone mature to be able to make me having an impulsive moment. Jun on and off screen is quite a gentleman. (Has any third party appear in real life?) It's very hard to find anyone high quality. (What about low quality?) Some! But very few, ultimately my relationship with Siu Fong is too well known. I don't want to have an affair either." Jun said that in the film he and Stephy did not have any intimate scene, but not because girlfriend Sandy Lam Yik Lin would complain. He said that in his first drama the dialogue was super long, which made him rather nervous!
Posted by hktopten at 7:30 PM