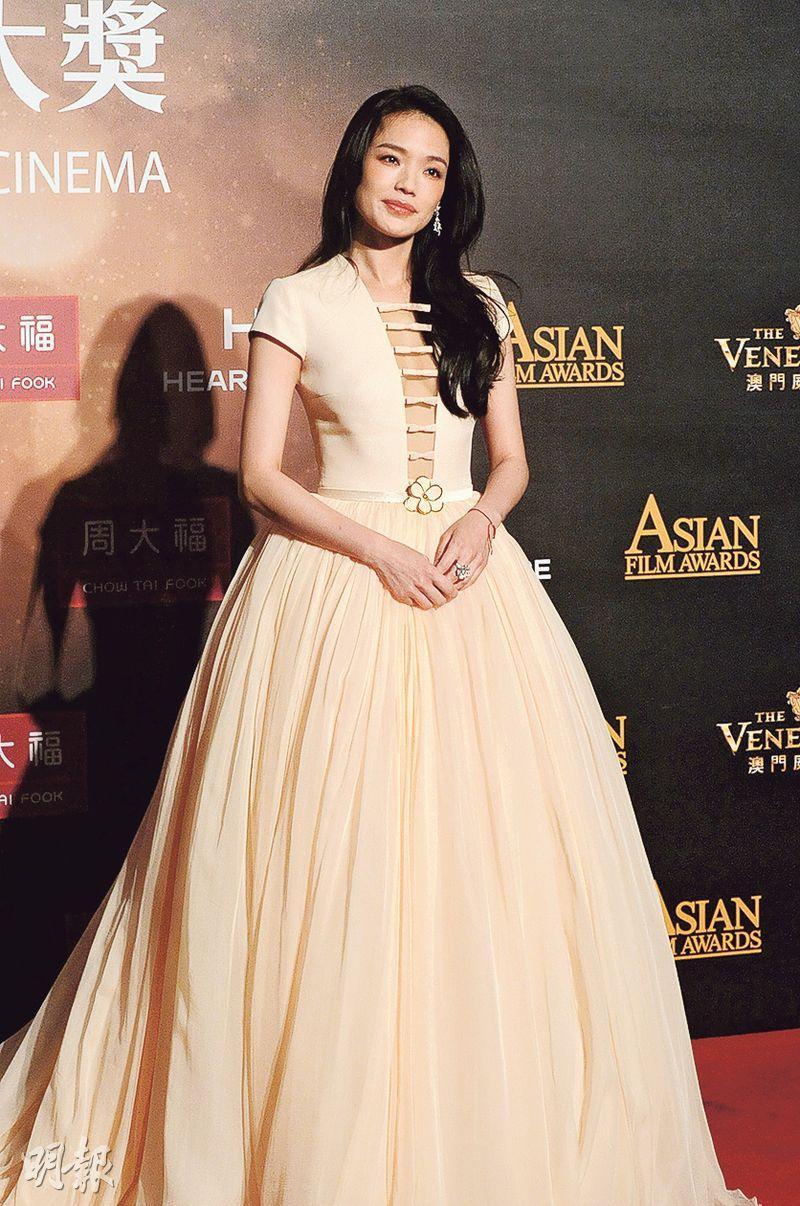 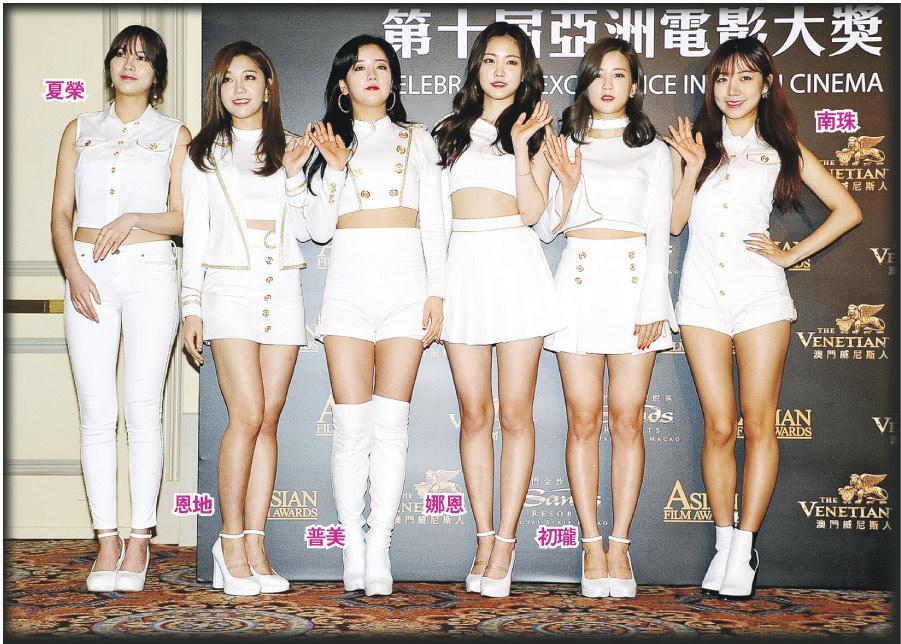 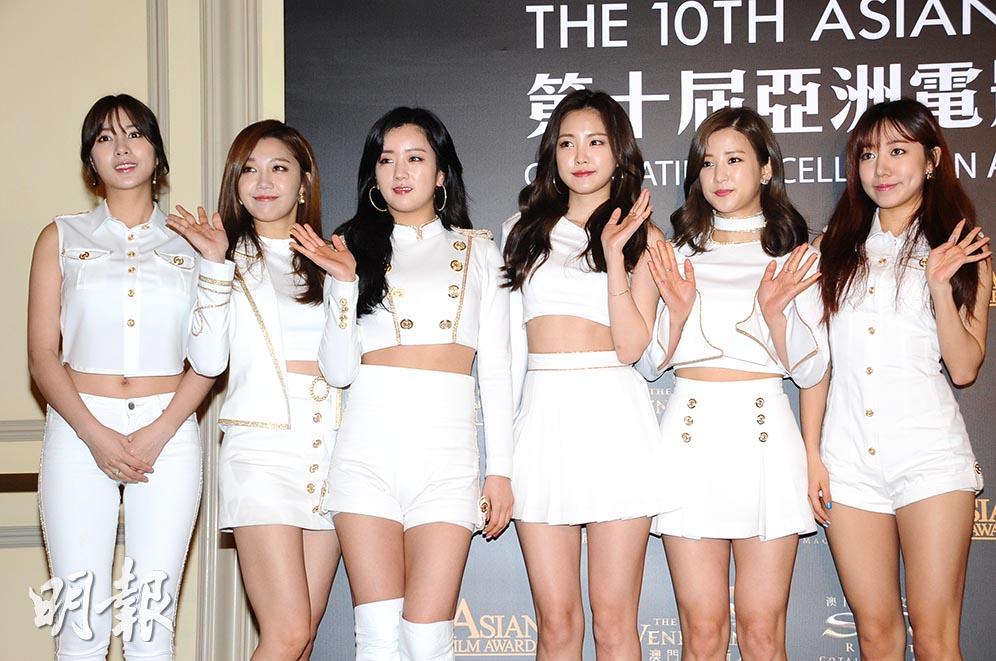 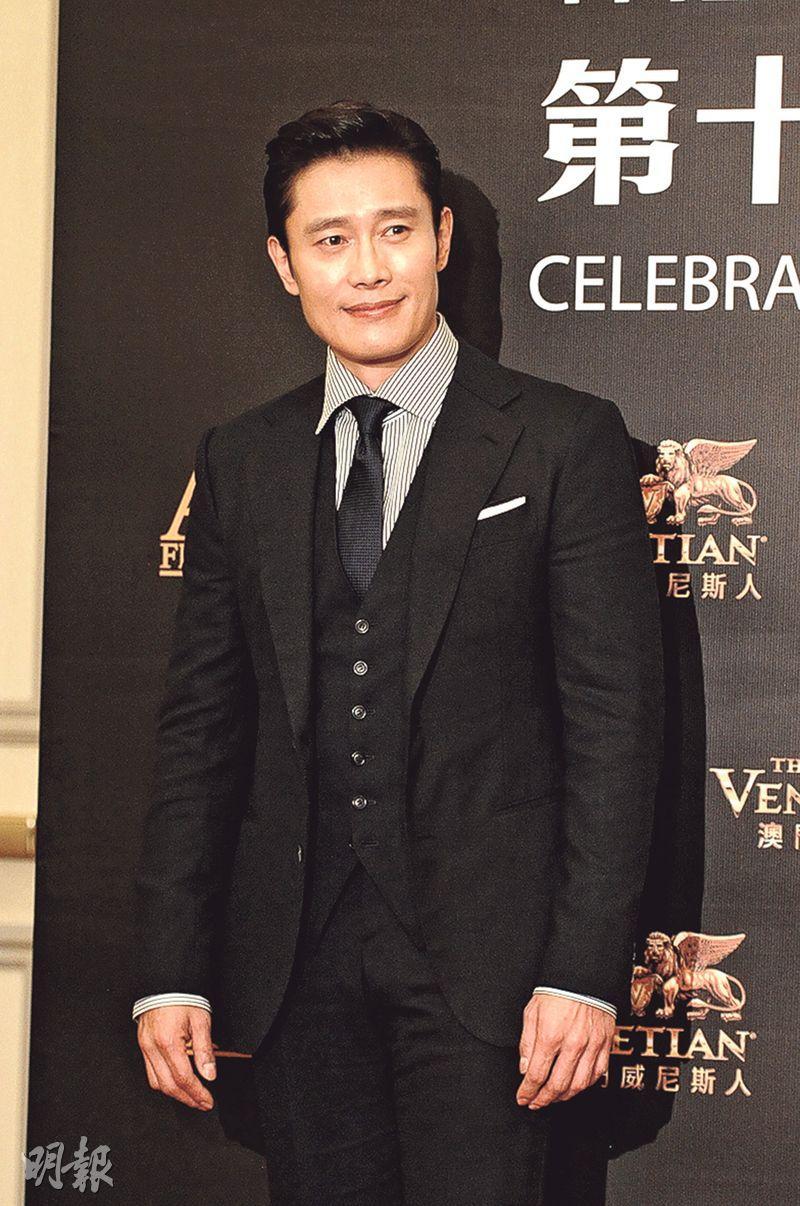 The 10th Asian Film Award red carpet took place last night at the Venetian Macao. Hong Kong representative Xenia Chong stole the spotlight. She said that because of the material tape would make the dress to heavy. Did her boyfriend Steven Cheung Chi Hung act up? She said, "He said he couldn't even look!"

Shu Qi played a village woman in her new film. Would she perform without make up? She said, "Kind of, I don't really have to use make up, but I had to go by stages. In the final stage I would have to make my face dirty." She also said that the director did not want her to be too thin, so she was asked to gain weight. For the award show though she dropped the weight again.

Korean star Clara Lee was the host. She joked that she was more nervous about being the host than wearing all the expensive jewelry. Clara said that she might have been breaking out because she was so nervous. Cherry Ngan Cheuk Ling was nominated for Best Supporting Actress with MOJIN: THE LOST LEGEND. She said that on the team only she and several workers were from Hong Kong, so she felt very honored.

Korean hunks Lee Byung-Hun and Yoo Ah-In yesterday attended the 10th Asian Film Award's media interview in Macau. Lee Byung-Hun was nominated for Best Actor with INSIDE MEN. As a guest presenter he never thought about being nominated this year, and he hoped to have a chance to work with Donnie Yen Chi Tan in the future. Speaking of losing his right hand in INSIDE and having to act with his left hand, he stated that even eating was a problem. However he thought that even with a flaw he would not have a problem. As for working in Hollywood, he joked that someone had to ask him first. Earlier he was rumored to have a part in the John Woo (Ng Yu Sum) directed MANHUNT, he said that he still has not decided yet. As for the Oscars being accused of discrimination against Asians, Lee Byung-Hun said that perhaps the minority they were referring to were not Asians.

Yoo Ah-In felt very honored to received the "Next Generation Award". Growing up watching Hong Kong films, he hoped to have a chance to come to work on a movie in Hong Kong. The hit Korean series DESCENDANTS OF THE SUN starred his friends Song Hye-Kyo and Song Joong-Ki. He also guest starred. When asked if he would like to have a pose off with Song Joong-Ki, he said that he was not as handsome as Song!

Singer Ivana Wong Yuen Chi and Hins Cheung King Hin walked the red carpet together. Ivana was asked if she was pregnant. She smiled and said, "I am pregnant, with fat. It's from desserts, I just had too many!" Hin Jai joked that she seemed to want to have 10 kids and would need HK$ 40 million to be able to raise them. Then he said, "But you can make that back with one movie!" Ivana said, "Then I have to work with you to be able to!"

Japanese director Hirokazu Koreeda was nominated for Best Director with OUR LITTLE SISTER. Was he confident? Hirokazu Koreeda said that he was surprised to see so many reporters. He was happy to meet directors and actors of many different nations at the event, he already felt honored and fortunate to be nominated. He only enjoyed the production process and not after the award. Among the nominated films he only saw Jia Zhangke's MOUNTAINS MAY DEPART at the Cannes Film Festival; however he really admired Taiwan director Hou Hsiao-Hsien. Although Hou was younger than him, he was a director who was very worth respecting. Hou Hsiao-Hsien's work introduced him to Taiwan and China.