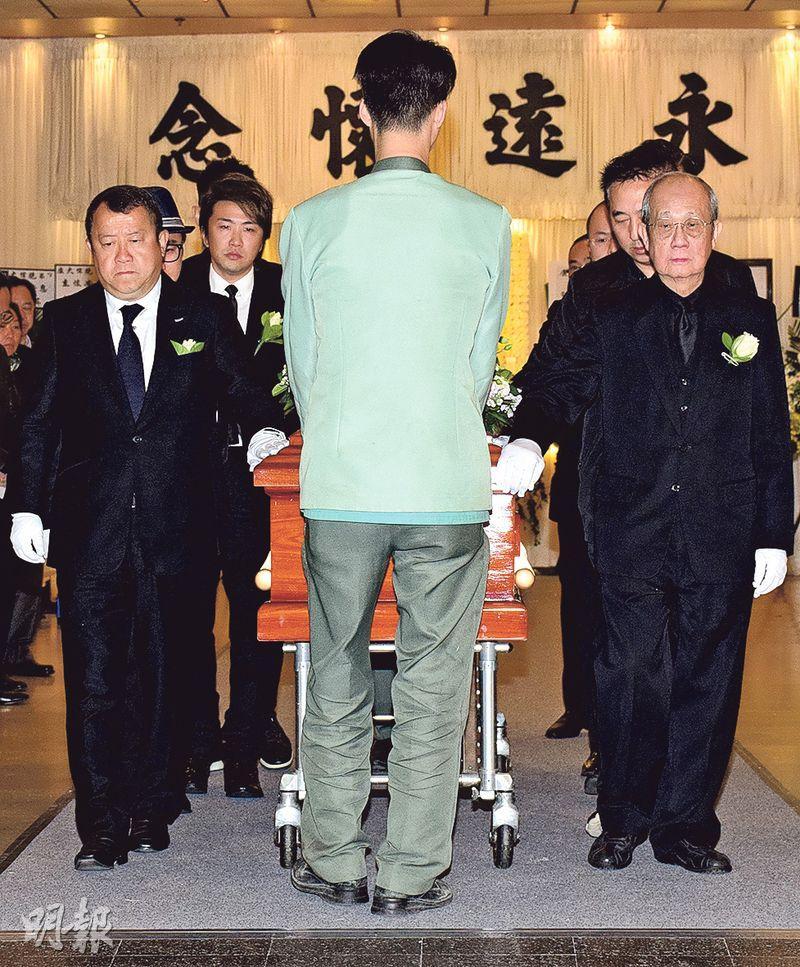 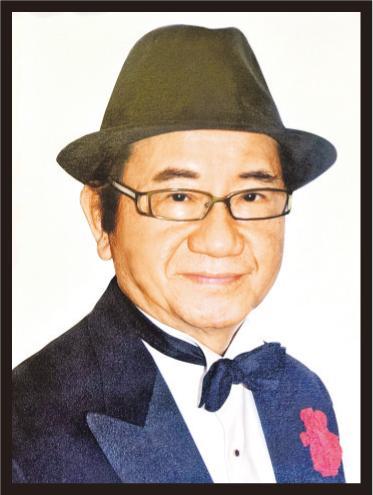 The comedy star of a generation David Lo passed away at age 71. Yesterday his funeral took place at the Po Fook Hill memorial Hall. Around 11AM the service moved to the Fu Shan Crematorium. The pallbearers included Eric Tsang Chi Wai, Wong Cho Lam, Cheung Sung Tak, Ting Yu, Cheng Kai Tai, god son Kam Kwong Sing and Lam Wan Chung, nephew Lo Chun Yin. Family and friends bid a sad farewell and David Lo vanished into smoke. When Mrs. Lo stepped out of the crematorium she was so heartbroken that Ting Yu had to give her a hand. She said to the media, "Thank you everyone!" Wong Cho Lam hug Mrs. Lo to console her.

Chi Wai bid farewell to friends Fung Hark On and David Lo. He could not help but teary eyed. He lamented. "This year for some reason many friends left in March. Two are my good friends, one was in the wuxia film world and the other in the television and film comedy world. I always joke with friends, I used to always be the best man or groomsman, now I am in the funeral committee and pallbearer, as I grow older I wish that friends around me would be healthy. Many people say that going to funeral homes all the time is not good, but good friends are very rare. I have no taboo, I have to be happy in life. I have to see my friends one last time no matter what." Chi Wai revealed, "Two nights ago friends who started as stunt people caught up at dinner and wanted to see each other more, like Tsui Siu Keung I rarely see. he was the lead actor in my first movie." Chi Wai also learned from Fung So Bo that Brother Hark's wish was to remake THE CHUMS (TUNG LO TUNG BO). Chi Wai said that he would consider it and see if he could make it into an action film version. If he had the chance, he hoped to work on it with a group of stunt people.

Cheung Sung Tak lost a good friend. He said that he has known David lo for years. "At the time he had a public relations company that frequently asked me and my brother to sing. The past five years we are even closer because we went to the same church. I studied theology so he would study the Bible with me. Later he asked me to teach in his classroom. I have my own classmate, basically I wouldn't teach at another classroom, but at the time I didn't even hesitate to work together because we could help a lot of people."
Posted by hktopten at 6:12 PM